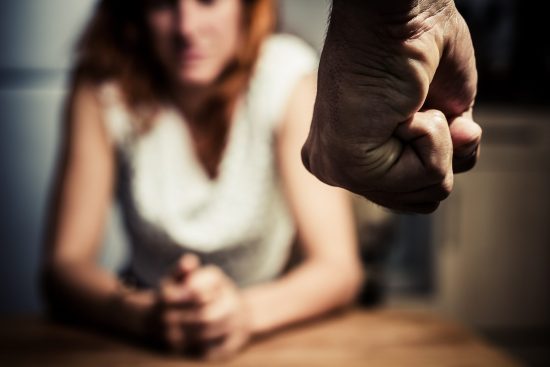 Research shows that it's more important than ever for employers to support employees surviving domestic abuse and violence, especially as hybrid working patterns become permanent.

New research commissioned by Vodafone Foundation has found that a third of workers experienced domestic abuse during the last 12 months, with more than half of those saying that abuse had increased during the COVID-19 pandemic.

The research comes ahead of the International Day for the Elimination of Violence Against Women on 25 November 2021.

Despite the increase in domestic abuse, only 16% of those surveyed said their workplace had a policy to support survivors. The new findings reaffirm the urgent need for employers to implement domestic violence and abuse policies that reflect changing post-pandemic hybrid working patterns. This includes the increasing role of the workplace as a ‘safe space’ for those experiencing abuse.

Opinium surveyed more than 4,700 workers across nine countries in September 2021 [1], building on earlier research for Vodafone in 2020. The research found that:

Vodafone has updated its Domestic Violence and Abuse toolkit in response to the research.   It includes new guidance on supporting survivors in different working patterns including office, hybrid or remote working.

Leanne Wood, Vodafone Group Chief Human Resources Officer, and Trustee, Vodafone Foundation, said: “Our research shows we need to build survivor support into our plans for post-COVID-19 ways of working. As we adopt hybrid working at Vodafone, survivor support is available for our employees irrespective of how or where they are working. By sharing our learnings, toolkit and solutions, we aim to help other employers adopt policies so that together, we can help to end the cycle of abuse.”

Vodafone Foundation is hosting a free open event – Connecting To End Domestic Violence – with The Commonwealth and NO MORE during UN Day for the Elimination of Violence Against Women on 25 November 2021.

Vodafone Group’s Chief Human Resources Officer Leanne Wood and SDGs, Sustainable Business & Foundations Director Andrew Dunnett will be joined by high-level speakers from government, civil society and the private sector to discuss the critical next steps to accelerate the response to the domestic violence crisis.

Free places can be booked online via:  https://bit.ly/3kDrw6w

In 2019, Vodafone commissioned research from KPMG that suggested more than 80 million working women across 107 countries – approximately 15% of women in the workforce – had experienced domestic violence in the previous 12 months [2]. More than a third (38%) of those women surveyed said they suffered from reduced productivity and 22% said they sometimes stopped going to work or would take days off.

As a result of work absences related to abuse, an estimated $2.1 billion in economic output is lost each year in the nine countries covered by the KPMG survey. Four million women also missed out on a promotion as a result of domestic violence and abuse, equating to an annual average salary loss of $2,900 per woman. This represented approximately $13 billion in total potential earnings lost each year across those nine countries.

To coincide with these findings, in 2019 Vodafone launched the first global Domestic Violence and Abuse policy, setting out a comprehensive range of workplace supports, security and other measures for employees at risk of, experiencing, and recovering from, domestic violence and abuse.

Vodafone’s Policy gave 10 days paid safe leave to those experiencing domestic abuse and supported them with counselling, flexible working and assistance in the event of financial abuse.  Vodafone also took steps to improve their safety in the workplace, including remote and hybrid working, the opportunity to change work locations and protection against cyber-harassment and stalking at work.

Further research conducted by Vodafone in 2020 on the impact of the Policy showed it is making a difference to Vodafone employees experiencing domestic violence and abuse, with the most frequent support being referrals to counsellors, specialist support and paid safe leave.

Vodafone’s training has had a powerful effect on many line managers, with some going on to support survivors in their teams and others playing a wider advocacy role in the community and in supporting friends and family members who are experiencing domestic violence and abuse.

Vodafone Foundation’s Bright Sky application, first launched in the UK in April 2018, is now available for free in ten countries across Europe and Africa. It has connected more than 120,000 people who are at risk – or concerned about someone they know – with advice, information, and local support services.

Bright Sky registered a 75% increase in downloads during the pandemic, helping an average of 70 people per day to identify support services. In addition, the emergency call function within Bright Sky was used more than 600 times in the first half of this year, helping survivors reach immediate emergency support.

The Bright Sky app builds on more than a decade’s work by Vodafone Foundation to connect 1.4 million people affected by abuse to information advice and support, including Easy Rescue which has supported women in Turkey, and the Gender Based Violence command centre in South Africa which to date has connected over 830,000 people to support.

Diversity and inclusion are integral to Vodafone’s purpose, reinforcing the company’s ambition to be a company whose global workforce reflects the customers it serves and the broader societies within which it operates.

To meet Vodafone’s ambition to be recognised as the world’s best employer for women by 2025, Vodafone has developed and introduced a series of pioneering global programmes. These include progressive flexible working policies, maternity and parental leave that supports families to share caring responsibilities in the home, ReConnect to attract talented women back to the workplace and a Domestic Violence and Abuse policy.

In March 2015, Vodafone pioneered a global maternity policy, offering women across Vodafone’s markets and operations a minimum of 16 weeks fully paid maternity leave and a 30-hour week at full pay for the first six months after their return to work.

Vodafone launched the ReConnect programme in 2017 to attract talented women who have left the workplace for several years – often to raise a family – who want to return to work but are struggling to make the professional connections needed or refresh the skills required.

In 2019, Vodafone supported families with a new global parental leave policy offering 16 weeks fully paid leave to all employees, giving every parent the opportunity to have more time with children new to their family. Vodafone employees can phase their return from parental leave by working the equivalent of a 30-hour week at full pay for a further six months. Vodafone’s parental leave is available to all non-birthing parents, regardless of their gender, sexual orientation or length of service.

In 2021, Vodafone made a global commitment to ensure employees are supported during the menopause, part of the company’s broader strategy of supporting all employees through every life stage to create a culture of inclusion. Vodafone’s global commitment introduced a balance of support and assistance, training and awareness, including a training and awareness programme for all employees.

[2] KPMG report commissioned by Vodafone looking at the impact of domestic violence and abuse in the workplace. This statistic covers 107 countries based on data from the United Nations (UN) and International Labour Organisation (ILO).