2020 could be the year that drones really take off

As 2020 begins, thoughts inevitably drift towards what the year ahead holds. For many of us that means well-meaning New Year’s resolutions, but technology experts are once again seeking to pinpoint emerging trends.

Over the next 12 months we could see the most transformative technology taking shape in the skies above us.

There are huge potential benefits to be had from emerging drone technology, and if we get it right, we could soon have drones delivering medical supplies to people in our most congested cities and harder-to-reach communities. Drones can also monitor and respond to traffic accidents, track animals, monitor crops, watch for poachers and provide aid when natural disasters strike. The potential benefits are huge.

All of this explains why the global civil aerial drone market is expected to almost triple over the coming decade, to £11.4bn in 2028. But to make the most of the new technology in the UK, we first need to deal with questions and concerns about irresponsible and illegal drone usage.

Most drones are currently controlled via hand-held radio transmitter with flights restricted to the radius of radio signal reception, meaning that they have to fly within visual line of sight of the pilot. But as Vodafone argues in our new report,  there are huge gains to be had from drones that are able to fly safely “beyond visual line of sight”; something that is possible via the safer and more secure alternative of cellular-connected drones with an inbuilt SIM card connecting them to a mobile network.

Only with a cellular-connected drone is it possible to track and control the device so that it can be flown safely and securely from some distance away. Cellular connection can provide further benefits as a complementary system for verifying location and the ability to have dynamic no-fly zones which can provide significant security benefits.

Understandably, it is this type of drone use that the public wants to see more of. While rogue operators have previously attracted negative headlines from incidents such as at Gatwick Airport in 2018, polling shows that the vast majority of the public would support the more widespread adoption of drones if there were a mechanism to provide increased safety, security and monitoring. For example, 92% of people support drone use for tacking fires and natural disaster relief.

To ensure the UK moves in the right direction on drones, the Government should recognise and analyse the substantial benefits that can come from cellular-connected drone use. It is only by pushing forward with the development of these drones that the UK can fully benefit from the use of the new technology, whilst ensuring they are flown safely and securely.

Across the world, organisations are waking up to the benefits of responsible drone usage. Here in the UK, the London Fire Brigade has been trialling the use of drones to improve safety for their firefighters and to allow more accurate responses to incidents. Firefighters also used drones to tackle the giant blazes during Paris’s recent Notre Dame cathedral fire. By doing so, they were able to make tactical choices to stop the fire at the time when it was potentially occupying the two belfries of the cathedral. 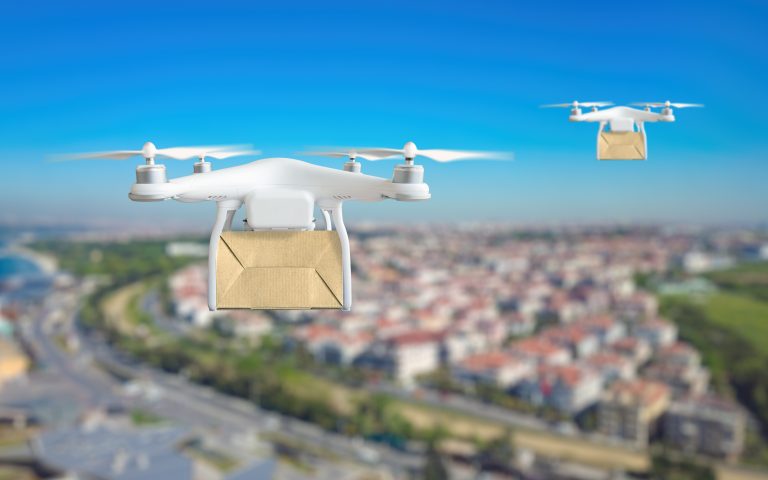 Further afield, drones fitted with high definition thermal cameras are increasingly used to track, inspect and monitor livestock remotely. The government of Assam in India partnered with Tata Consulting Services to use drones to conduct surveillance, identify unauthorized settlements, and deter poachers in Kaziranga National Park. With drones spread over 480 square kilometres, they can now identify poachers from their heat signatures even if they are hiding in thick foliage. Already, this effort has proved beneficial for the vulnerable one-horned rhino.

If we get it right, then it is not just our emergency services and endangered species that will benefit. The economic prize for the UK could also be enormous. By 2030, it is estimated that there will be 76,000 drones in the skies above the UK and 628,000 jobs in the UK drones economy. Drones are also expected to contribute to considerable GDP uplifts in many industries, including £8.6bn in construction and manufacturing, £7.7bn in wholesale, retail trade and food services and £11.4bn in the public sector.

All the signs are that, in the next few years, responsible use of drones is set to bring huge gains for the economy and society. The UK is ready to reap the benefits of cellular-connected drones technology, and if we do, then 2020 could be the year that drone technology truly takes off.