From the smallest iPhone in years to the biggest ever, Apple’s new 12 range has something for everyone, and all models are coming soon to Vodafone UK.

The iPhone 12 has been Apple’s most eagerly awaited smartphone in years. As widely rumoured, the iPhone 12 range are the first iOS smartphones to support ultra fast, low latency 5G networks.

While all four iPhone 12s share much in common, there are also some key differences which will influence your purchasing decision.

What every iPhone 12 has in common

While the iPhone 12 phones are the first iOS handsets that can connect to 5G, they can cleverly switch between 5G and 4G using Smart Data Mode. If you’re engaged in an especially network-intensive task, such as live streaming or multiplayer gaming, then your iPhone 12 will automatically switch to 5G. 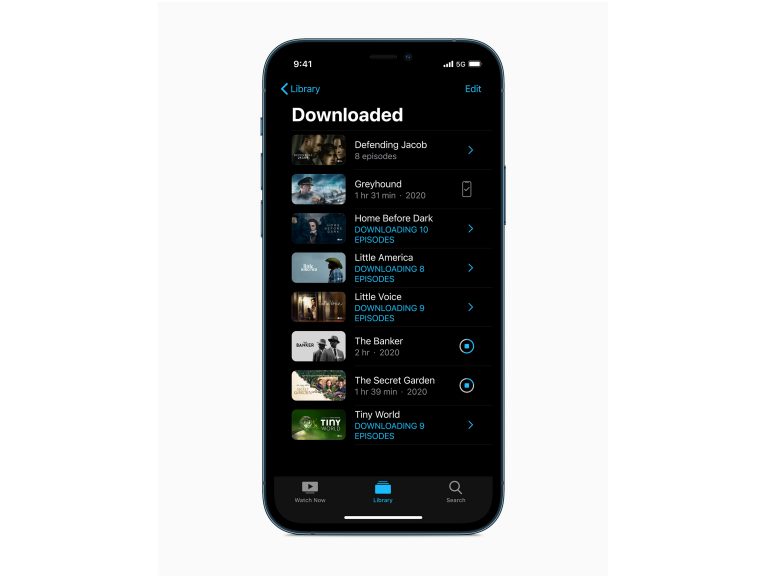 Once you’ve finished and start texting and streaming music though, which are far less demanding activities, then your iPhone will switch back to 4G. By intelligently using the right network for the right task, Smart Data Mode should help give you the longest possible battery life.

All four iPhone 12s use Apple’s new A14 processor, its fastest and most power-efficient chip yet. Whether you enjoy playing the latest games or simply want to contribute as many calculations as possible to DreamLab, a powerful chip like the A14 will be key.

While the new iPhones have varying screen sizes, all have a colour reproduction technology called Super Retina XDR (extreme dynamic range). This should ensure that the screens can reproduce the widest possible range of colours simultaneously in photos and videos, from faces otherwise hidden in shadow to landscapes bathed in blindingly bright sunlight, and everything in between.

Commonly known as HDR (high dynamic range), such broad colour reproduction in video has previously been limited to professional video cameras. The iPhone 12s, however, can record video with such high dynamic range faithfully reproduced by shooting in the Dolby Vision HDR standard. 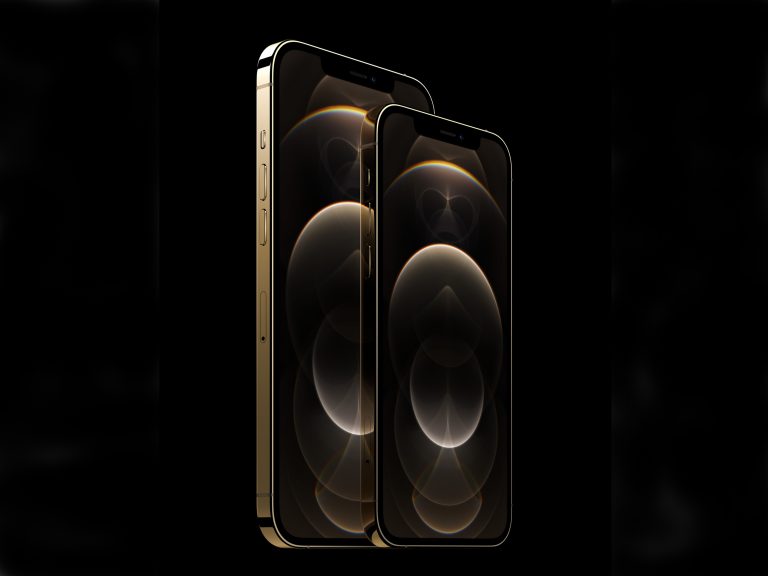 Unlike last year’s iPhone 11 range, every model in the iPhone 12 range has a screen that uses OLED technology (organic light emitting diodes). Compared to other screen technologies, this gives higher contrast and darker-looking shades of black in photos, videos and games.

All iPhones 12 also have a ‘Ceramic Shield’ coating on their screens which should reduce the chances of the screen cracking when accidentally dropped onto a hard surface.

All iOS handsets since the iPhone 8 have had ‘wireless’ charging built in, but the iPhone 12 range refines this technology further.

With existing wireless chargers, you have to ensure that the back of the phone lines up close enough to charging elements underneath the charger’s surface for charging to begin. It’s not uncommon to plop your phone down on a wireless charger after a night out, only to discover in the morning a phone with an empty battery as charging never started due to a misalignment between phone and wireless charger.

When an iPhone 12 is used with one of Apple’s optional MagSafe wireless chargers (which shouldn’t be confused with Apple’s older MagSafe laptop chargers), magnets on the back of the phone should snap it into alignment with the MagSafe charger’s charging elements to ensure that charging can begin.

In a departure from all previous iPhones, the iPhone 12 range don’t come with either earphones or a charging plug in the box. The latter omission will be controversial to some, but all iPhone 12s do come with a Lightning-to-USB-C charging cable. Using this cable, you’ll be able to recharge the battery using any existing USB-C charging plug you already own – such as the one you may already use with your laptop, Nintendo Switch or recent Android device.

Plus, as the socket on the iPhone itself is still the familiar Lightning port that has been on all iPhones since 2012, you’ll be able to use any existing Lightning charging cables and plugs you already own.

What makes each iPhone 12 unique

The most obvious difference between the various iPhone 12 models is their size. Although you might not think so from its 5.4in screen, the iPhone 12 mini is the most compact iPhone currently available. Due to its narrow bezels, it’s actually shorter and narrower than the current iPhone SE which has a smaller 4.7in screen. This alone could make it the perfect smartphone for the many people with small hands who have complained about the increasingly unwieldly screen sizes of other, ever-larger phones. 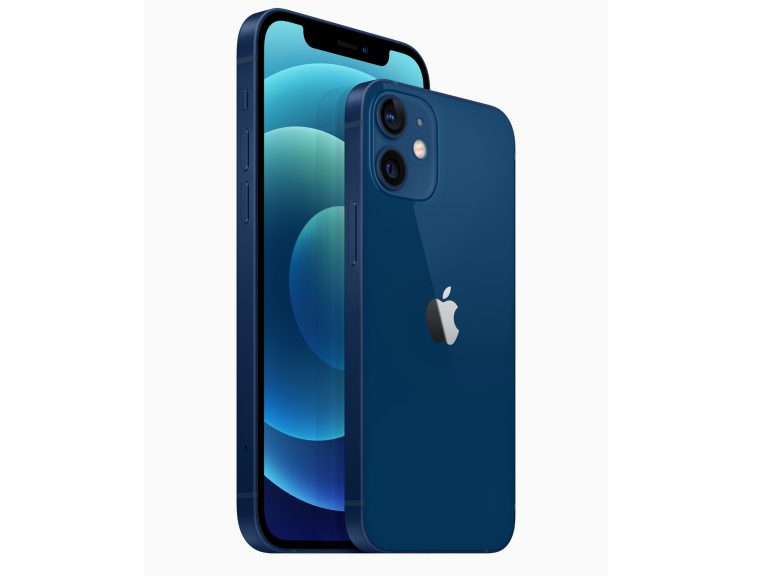 At the other end of the spectrum, the iPhone 12 Pro Max is Apple’s largest phone ever with a whopping 6.7in screen. At that size, it’s not too far removed from the 7.9in iPad mini.

Sitting in between those two models are the ‘standard’ iPhone 12 and iPhone 12 Pro. Both have 6.1in screens. It might seem odd to have two different phones with the same screen size, but one of the key differences between those two phones – and indeed between the Pro and non-Pro iPhone12s – are the cameras.

In addition to the usual, general purpose wide angle camera lens, the iPhone 12 and 12 mini have an ultra wide angle lens for photographing landscapes as well as for creative shots of other scenes.

In comparison to the equivalent camera on the iPhone 11, the general purpose wide-angle lens here has a wider aperture. This means it can record more light, for higher quality low-light photographs. For especially challenging low light conditions, there’s the dedicated Night Mode which now works on the front-facing selfie lens and rear-facing ultra wide lens in addition to the wide lens. Night Mode even works when recording timelapse video.

The two iPhone 12 Pro models have a third lens, a 2x optical zoom lens, which is absent from the iPhone 12 and 12 mini. 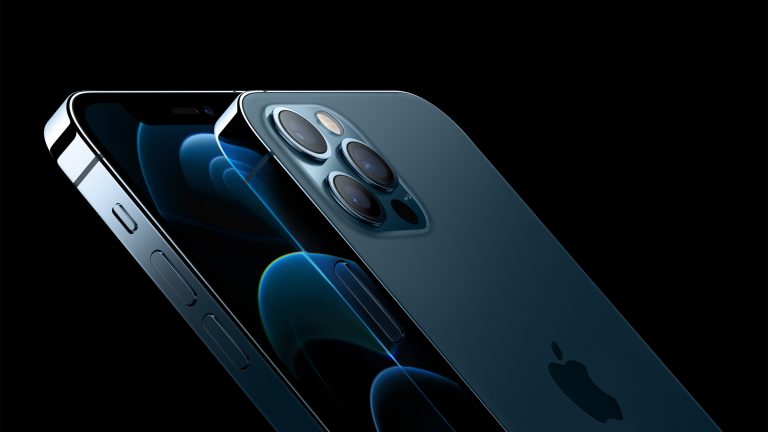 The two iPhone 12 Pro models can shoot and store photos in ProRAW format instead of the more familiar JPEG and HEIF formats. Raw files are preferred by professional photographers as they consist of the ‘raw’ image data as recorded by the camera’s image sensor before any processing is done.

This gives them more flexibility when editing those files in software such as Photoshop. But by their very nature, standard Raw files would miss out on the features that Apple adds to its cameras – such as Night Mode among others.

ProRAW is therefore Apple’s version of a Raw file, including both the ‘raw’ image data as well as changes implemented by Apple’s processing. This should give keen photographers the best of both worlds – the ability to edit their photos with maximum flexibility, while having the option of retaining Apple’s processing.

Both iPhone 12 Pros have LIDAR (laser imaging, detection and ranging). By using a laser beam to gauge the distance between you and whoever you’re photographing, the camera should be able to autofocus more quickly and accurately in low-light conditions.

The iPhone 12 Pros also use LIDAR to shoot portrait mode shots in low light. Portrait mode is Apple’s name for shots where the background behind a person is subtly out of focus to give more emphasis to your subject. LIDAR will have non-photographic uses too, such as more accurate object placement in augmented reality apps.

As if that wasn’t enough, the 6.7in iPhone 12 Pro Max has another bit of camera kit up its sleeve that even the iPhone 12 Pro does not – a different camera sensor. It’s larger which boosts the quality of its low-light photography even further, as larger camera sensors can record more light data than smaller ones.

To pre-register for any of the iPhones 12 on Vodafone, the UK’s fastest data network, visit the Vodafone UK website.