What to watch on Amazon Prime Video in September 2021

If you’re looking forward to some me-time now that the kids are going back to school, our choice of movies and other streaming video picks could be just the grown-up treat you’re after.

Summer may be fading gently like a gauzy sunset, but its departure does bring one significant benefit – the kids are finally heading back to school. While we couldn’t possibly condone you celebrating their absence by taking an impromptu duvet day or two, it’s perfectly understandable if you now want to watch something other than Paw Patrol and Peppa Pig on endless repeat.

So this month we’ve highlighted the gems in Amazon Prime Video’s rich catalogue aimed at grown-ups. Best of all, Vodafone UK Pay Monthly customers can add Amazon Prime Video to their plans for a low monthly fee.

If Wimbledon passed you by like a cannonball serve, then you won’t want to miss the US Open. Amazon Prime Video is the only place where you can watch every match live, with the option to disable commentary if you so wish. This year, the finals tournament runs from 30 August to 12 September.

This ten-episode drama has taken the US by storm, even though it tackles mature issues. When popular teenager Kate disappears, her wallflower friend Jeanette soon takes her place in their small-town school’s social scene. But when Kate reappears a year later, Jeanette’s new life unravels when she’s seemingly implicated in Kate’s abduction and subsequent, harrowing ordeal.

Shadow in the Cloud

This indie film is an oddball mix of wartime derring-do, supernatural horror and timely social commentary. Flight officer Maude Garrett not only has to contend with a top-secret airborne mission at the height of the Pacific War. She also faces the unrelenting misogyny of her fellow airmen, as well as a mysterious presence skittering around on the outside of their bomber.

Although this movie isn’t quite the sum of its disparate parts, Chloe Grace Moretz’s multifaceted performance as Garrett helps suspend your disbelief, particularly in the first third of the film. There, Garrett and the action is confined to the claustrophobic interior of the bomber’s spherical gun turret. With a lesser actor and crew, the film could’ve nosedived right here. But Moretz carries every scene with grace.

For something completely different, try Great British Theatre. This collection consists of four recorded National Theatre plays originally made available during the early days of the first lockdown in 2020. 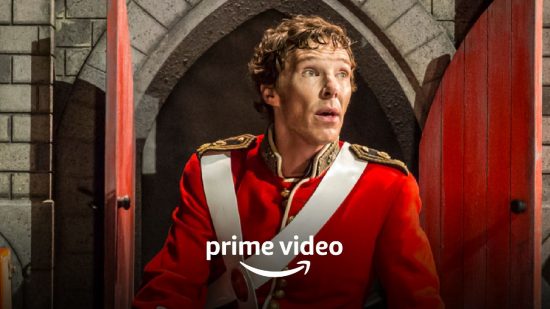 A mere four plays might sound meagre, but this collection of gems includes the original stage version of Phoebe Waller-Bridge’s Fleabag and Benedict Cumberbatch’s celebrated turn as Frankenstein. If this boxset doesn’t have you hankering for a visit to the actual National Theatre on London’s South Bank, then we can’t be friends.

Gritty dramas about morally ambiguous characters mired in the war on drugs are a dime a dozen. Sicario is a cut above the rest with its tense atmosphere, sharp direction, snappy soundtrack and commanding performances from Emily Blunt and Benicio del Toro. It’s no surprise that director Denis Villeneuve is now a rapidly rising star in Hollywood.

The premise of this cult Japanese film sounds outlandish. To combat rising juvenile delinquency, the Japanese government in the near-future consigns a random selection of youths to an island festooned with weapons and no adult supervision. The ensuing Lord of the Flies-style conflict is then broadcast as a reality TV show meant to frighten everyone else into submission.

It sounds daft and yet the reasons for Battle Royale’s cult classic status soon become evident. From its frenetic, chaotic action scenes to its thinly veiled yet scathing critique of generational tensions, government ham-fistedness and TV culture in present-day Japan, this satire is nothing if not unpredictable.

Based upon the novel of the same name, this riveting thriller chronicles the disappearance of Amy and the suspicion that soon falls upon her husband Nick. Gone Girl is best appreciated if you know as little about the plot as possible, but we will say that no character in this film is exactly who they appear to be.

While the plot will keep you guessing, we can almost guarantee that you’ll walk away impressed by Rosamund Pike’s performance as Amy and the deft direction courtesy of David Fincher.

The celluloid cat-and-mouse game between cops and robbers is almost as old as cinema itself. Michael Mann’s Heat is arguably the definitive depiction of such a duel. From the gentlemanly yet confrontational dialogue between Robert de Niro and Al Pacino in their first-ever on-screen appearance together to the explosively climactic final clash, every frame of Heat is its own reward.

What to watch on Amazon Prime Video in March 2022