Tech trivia: The future of flexible displays and foldable phones in 2019

Phone manufacturers are bending over backwards to deliver the flexible displays of the future. Stay ahead of the curve with everything you need to know in this edition of Tech Trivia… 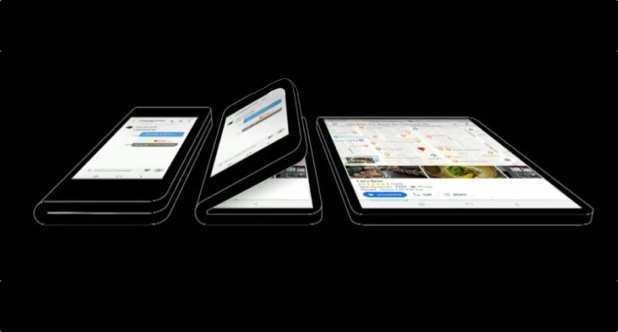 Flexible displays are on their way, and they could spell major changes for your smartphone.

From increased durability and wider displays, to devices you can fold out, roll up or scrunch, it’s high time we took took a closer look at the technology enabling a lighter, brighter, more flexible 2019…

Before we get into what 2019’s bendy phones will look like, it’s worth us understanding how it’s suddenly possible to make a phone flexible. And it’s all about advances in screen tech. Namely, the move to OLED panels. So… What is OLED?

Short for ‘organic light-emitting diode’, each individual pixel in an OLED screen actually emits its own light – totally separately from all the others around it. Translation? Unlike traditional LCD displays, OLEDs don’t need a chunky backlight, which means a few things.

For one, OLED displays provide phones with much deeper blacks than their LCD counterparts, since the required pixels over a black part of whatever app you’re in can completely switch off. But more importantly here, OLED screens save on power, bring down the weight, and also reduces the need for rigidity.

Right now, Samsung and LG dominate the OLED panel market, with the former also supplying displays to Apple for its iPhone X and XS range alongside its own devices. All which is really to say that, while OLED technology’s been around for a while, the tumbling costs of making OLED displays has allowed smartphone makers to begin experimenting with flexibility in a way that goes beyond just snazzy demoes, and towards real devices that we can actually buy.

So, with that in mind, it’s time to ask…

What will flexible displays mean for our phones?

The idea of a foldable, flexible phone is nothing new. In 2016 Lenovo unveiled its concept phone, the Cplus, designed to bend around your wrist like the snap bands of old, while Samsung first showed off its curves way back in 2011.

As another major player in the space, LG has also gotten in on the act, demonstrating a 65-inch Flexible display at Amsterdam’s ISE expo in 2017. It’s thought LG has also partnered up with the likes of Apple, Google and Microsoft to provide these so-called ‘out-foldable’ displays in the future, too.

But what about a folding phone you can buy? And what about 2019? The closest store shelves have seen so far are a few phones with curved edges – like the wraparound glass found on the Galaxy S9 and Note 9 – but it looks like we could be right on the brink of a fully flexible affair.

Late last year we got a couple of exciting glimpses at what this could look like. First there was the Royole FlexPai, a somewhat clunky concept device designed to show off its makers’ proprietary bendy screen tech:

Royole may have been first out of the gates with this kind of demo (and it also made a reappearance at CES in earlier this month), but Samsung soon stole their thunder by unveiling a concept device of its own – a briefly-shown box in the guise of a clamshell phone that opens up into a tablet:

Make no mistake: this isn’t a finished product. What it is though, is a tantalising glimpse as to what a final device – which Samsung has earmarked for release later this year – will offer. On the front there’s a finger-friendly 4.5-inch display with a rumoured resolution of 840 x 1,960 pixels, but open the device up like a book and you’ll find a big, 7.3-inch tablet waiting inside, with a flexible OLED panel stretching between the device’s two halves.

Samsung’s coined this technology ‘Infinity Flex Display’, and it says the screen’s mechanism will survive as many folds and unfolds as you’ll need it to without any wear and tear. Most importantly, right now this is the closest thing we have to a tangible product; Samsung says the Infinity Flex display is ready for mass manufacturing.

Some even think it could form the basis of the ‘Samsung Galaxy X’, the successor to the Galaxy 9, which is rumoured to hit store shelves this year.

So what will a folding phone let you do?

All of this is new hardware is super exciting, but it won’t mean much if the software isn’t ready to adapt to new use cases. After all, when one device can be a phone and a tablet at the same time, what does that actually look like? And how do you use it?

Thankfully, shortly after Samsung’s Infinity Flex announcement, Google announced on the Android Developers Blog that its readying its mobile operating system to support the upcoming onslaught of bendy devices.

As you can see in the GIF above, Google’s making changes to Android to allow for two different types of folding phone – ones with a single bending display, and ones with a larger screen hiding inside a clamshell, as with Samsung’s concept.

What this means in practical terms is that Android’s back end nuts and bolts are ready for whatever manufacturers have to throw at it.

Or, in other words, when you shift from one screen (or part of one screen) to a larger one, all your app icons and user interface elements change on the fly to fit the available space. As to what cool new apps and abilities that enables? Well, that’s up to the developers out there, but there are some obvious benefits to being able to whip out a larger display on the fly – whether that’s for watching a video on the train, typing an email in a café, or simply giving your games more screen estate.

What else is there to consider?

Well, when it comes to flexible displays, it’s not always just the screens that need to fold. Creating a fully flexible phone will require fully flexible components – depending on the design, some of a product’s inner workings would need to bend and stretch as well.

While there have been advancements in this area – hence the concept phones we’ve seen already – we haven’t quite reached a price point or solution that makes market versions of designs like LG’s Cplus wraparound ‘wrist phone’ feasible. Battery cells have always been a big stumbling block here, since they’re inherently rigid and take up the majority of the inside of most smartphones. 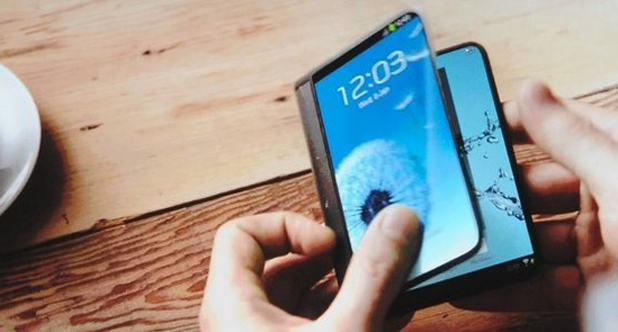 And if we’re talking about phones that fold out into tablets, we’re going to need a lot of battery power for all that screen.

That’s still a problem, but there have been movements elsewhere. Corning’s Willow Glass, for instance, has been touted as the follow up to its ‘Gorilla’ glass-toughening tech. At roughly the same thickness of a sheet of A4 paper, Corning says Willow Glass is thin enough to be flexible while retaining its superior strength attributes. But it is still glass, and is therefore not unbreakable, leading many to believe the real long-term solution could be plastic, with hardware components potentially even printed directly onto the display.

Whatever the future may have in store – be it foldable, flexible, rollable, or bendy – it looks like it’s going to be an exciting 2019 in the mobile space. We’ll stay agile and always keep you in the loop.