The latest routers Vodafone gives to all its home broadband customers are capable of delivering great Wi-Fi range, but even the best can sometimes struggle to get a signal to the furthest reaches of our homes. Here’s how to make the most of your Wi-Fi.

If you’re plagued by wobbly Wi-Fi, try these straightforward tips and tricks first before rushing out to buy a new router.

NOTE: The following tips can help improve the range of your router’s wireless signal but not the speed at which it sends and receives data from the internet. The latter is called the Sync Speed, also known as the line access speed, and can easily be checked using the Vodafone Broadband app. To do so, simply tap the Info and Support tab – your Sync Speed will be displayed in blue at the top of the page. If your Sync Speed is significantly lower than what you think you should be getting, contact the Vodafone customer care team.

It may be tempting to hide your router away where no one can see it, especially if it clashes with your décor, but this can hamper your Wi-Fi range. If you can, place your router in a high place such as on top of a cabinet, shelf or ledge. This not only gives your router’s wireless signals the best chance of reaching every part of your home, but also gives them a better chance of overcoming everyday household objects that can interfere with your wireless signals. Metal objects such as radiators, water-filled objects such as fish tanks, and unusually thick, heavy walls – such as those made from granite – can all reduce your router’s range.

Plus, greater height should hopefully prevent certain pets, such as cats, from inconveniently lounging on your cosily warm router. While our feline friends are undoubtedly cute, their fluffy, liquid-filled bodies can also block Wi-Fi signals.

2. Check your other household appliances

Walls, home furnishings and pets aren’t the only obstacles to be aware of. Other household electronics – most commonly microwaves, cordless phones and baby monitors – can also hamper your Wi-Fi signal. There’s not much you can do about your microwave, but you may be able to adjust your cordless phone or baby monitor. Many models operate on the same 2.4GHz wavelength used by your router, so changing its wireless channel could remove a potential source of Wi-Fi interference. To do so, consult the manual for your appliance or ask the manufacturer.

Even if you don’t have another household gadget interfering with your Wi-Fi, it’s possible that your neighbours might – and that includes their own wireless router. One way to get around this is to adjust your router so that its 2.4GHz and 5GHz signals are operating on a different channel. To adjust the channels on your Vodafone router, use the Vodafone Broadband app. Alternatively, in the web browser-based management interface for your router, use the controls in the Advanced options pages.

Finding an uncluttered channel can be a process of trial-and-error, but the Vodafone Broadband app can help. In the Channels screen, the app will show you how many other networks are operating on the same channel. Choose a channel not used by any other network, or at least by as few other networks as possible.

To change the Wi-Fi channel for the latest Vodafone routers, navigate to the web management interface in your web browser. Click on the Wi-Fi tab. Toggle the interface to Expert Mode using the menu in the top right hand corner of the screen. The setting will then become available in the Settings section of the Wi-Fi tab.

Some routers can operate on two wireless channels simultaneously, which can theoretically improve the speed of your Wi-Fi network. But on the crowded 2.4GHz airwaves, channel bonding can also lead to shorter range and interfere with your neighbours’ networks too. Try turning off channel bonding to see if it’ll improve the range of your Wi-Fi network. The exact method of doing so will vary depending on which router you have.

As you can tell, the 2.4GHz wireless space is a heavily congested one, which is why modern routers and computing devices also work at 5GHz. Wireless signals at 5GHz don’t extend quite as far as those working at 2.4GHz, but the 5GHz space is considerably less crowded so it’s less prone to interference. By default, Vodafone routers are set up to use a single network that works at both 2.4GHz and 5GHz and your computing devices will connect at whichever frequency is – in theory – the most reliable.

You might find that isn’t the case in your home, which is why most routers can be set to run two separate networks –  one network for 2.4GHz and another for 5GHz – instead of a single dual-frequency network. From your computing devices, you can then connect to whichever network is the most reliable.

To set up separate networks on your Vodafone router, open the management interface in your web browser. Click on the Wi-Fi tab. In the General section, click on the Split Wi-Fi bands (SSID) toggle. 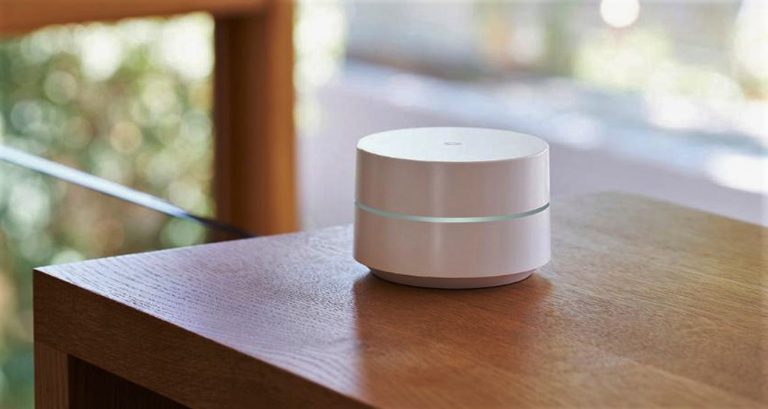 If the tips above don’t work for you, the latest Wi-Fi range extension technology might help. Called mesh networking, it replaces your single router with a set of two or three. With each unit dotted strategically around your home, they stay in real-time communication with each other and work in concert to ensure your computing devices are always connected reliably and quickly. Mesh networking systems aren’t cheap though – the Google Wi-Fi Whole Home System available in Vodafone stores costs £220. But they could be the answer for the toughest Wi-Fi blackspots in your home.

What are Brits missing most now many are working from home?