Digital technology is giving fans a vastly improved sporting experience, with more player and team data, and a wealth of interactive and community features.

Sport is back in a big way after all the cancellations and empty stadia of the last 18 months. And this summer promises to be a cracker, with the Euros in full-swing, Wimbledon starting again, the F1 Championship on a knife-edge, and the British & Irish Lions tour of South Africa coming soon.

With social distancing and sports crowds still limited, the appetite from fans has never been stronger, and digital technology is helping to feed an seemingly insatiable demand for match information, players stats, behind-the-scenes footage, and more interactive, immersive experiences.

Apps, live streaming and advanced tech for a wide range of sports are bringing us closer to the action than ever before.

With tennis stars such as Andy Murray back at SW17 this week, the official Wimbledon app is responding to fans’ excitement with new AI-based fan experiences, including a power ranking player leader board, personalised guides for spotting new tennis talent, and pre-match insights giving you the performance lowdown on each player before every match. It’s the kind of AI-generated content previously offered during the US Open golf tournament.

“We know how challenging tennis can be to follow and understand, especially for those who don’t follow the sport all year-round,” says Alexandra Willis, Head of Communications at AELTC (the All England Lawn Tennis & Croquet Club).

“So by creating these new features we hope to make it easier for fans to know who to follow, and to get more value out of their experience with us.”

In March, rugby fans were thrilled to hear that the Lions tour to South Africa tour would definitely go ahead this year. The official Lions app, powered by Vodafone, gives fans data on matches, players and even running commentary threads if they can’t watch the game.

But if you really want to feel part of the action you can create a 3D rugby player avatar of yourself. Using AR technologies, an algorithm takes a scan of your face, then a 3D graphics engine, which has previously been used in games such as Pokemon Go, uses it to recreate your face in 3D – superimposed on the body of a Lions player. You can then use your avatar to compete against other fans, dodging virtual rugby players and jumping over targets – all from the comfort and safety of your living room.

The app also lets you create your own stickers to liven up WhatsApp chats.

Patrik Olsson is the co-founder and CEO of Spiideo, an advanced video recording platform for sports teams that gives them the ability to stream games online automatically without the need for a camera crew.

He says the pandemic has “opened up the eyes of smaller sports clubs and fans” to the benefits of streaming and its ability to enhance the fan experience and reach bigger audiences. If fans couldn’t be there in person because of lockdown restrictions, at least they could watch online.

The need for speed

F1 fans are truly spoiled for data, especially since the sponsorship deal with Amazon Web Services (AWS). Around 300 sensors on the cars provide more than a million pieces of data processed in real time. 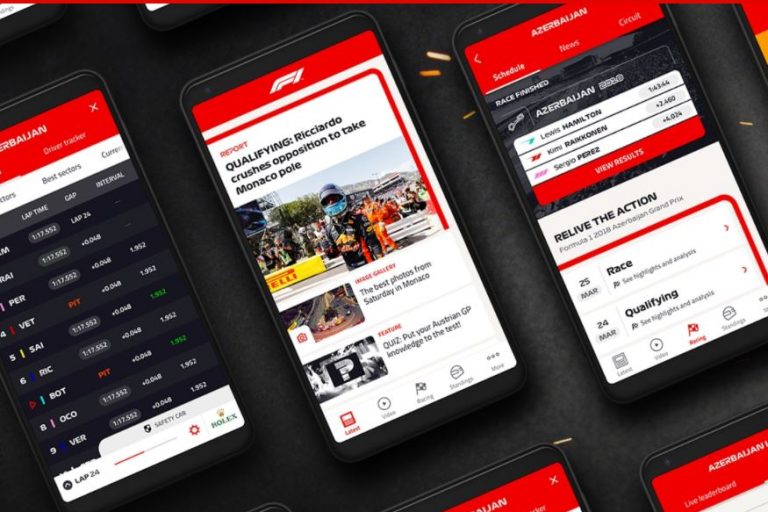 While most of this data is reserved for the teams, fans are now being given access to more of it. As well as speed and G-forces levels, fans can now see tyre degradation stats, for example, and the estimated time it will take for one driver to overtake another at their current lap times.

The data is streamed to F1’s very own TV platform and app – putting fans literally in the proverbial seat. While the basic app is free, access to real-time telemetry and team radio clips will cost you £19.99 a year or £2.29 a month.

As the Euros approach the quarter-final stage, football apps are making it easy for fans to keep track of fixtures, results and player info. The official UEFA app gives you all the stats you could possibly want, such as ball possession and passing accuracy percentages. 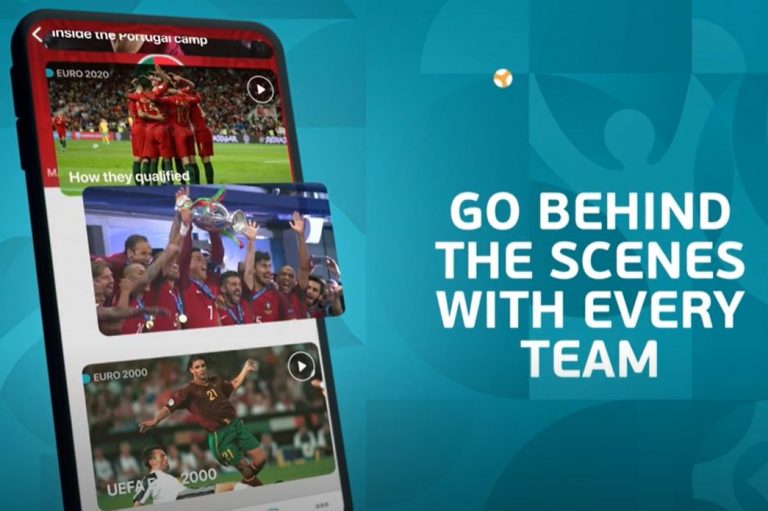 The Football Fan app is all about fan-engagement, offering “banter rooms” where fans can interact, chatting about anything from historic events and player transfers to league standings.

Mike Rhodes, co-founder of ConsultMyApp, which creates digital sports channels, believes fans have so much more choice today around the content they can consume.

“The general population doesn’t just want the goals and minutes, they want more detailed data and experiences. Covid has accelerated how popular these apps have become – especially in the height of the pandemic when we couldn’t physically go and watch games,” he says.

“I think the next step will be more engaging audience participation and we’re already seeing that trend emerge in sports apps.”

And new technologies are accelerating this trend. The roll-out of 5G, which Vodafone launched in 2019, has had a significant impact on how quickly fans can access the apps and experiences, giving them faster download speeds and fewer interruptions due to buffering.

Research by Vodafone in 2019 saw 76% of business leaders thinking that 5G would have a significant impact on the fan experience – especially when it came to live-streaming video, mixed reality experiences and real-time access to information.

As lockdowns continue to ease around the world and fans start to head back to sports venues, sports apps will feature strongly and become integral to the live experience, experts believe. The pandemic has proved how much we rely on technology to connect with others and access the information we want, perhaps more so in the sporting world than anywhere else.

Stay up-to-date with the very latest news from Vodafone UK by following us on Twitter and signing up for News Centre website notifications.