If you too are yearning for life beyond lockdown, these escapist videos and games can whisk you away to wondrous locations from the Great Pyramid of Giza to the technicolour depths of the oceans – all without leaving home.

With almost the entirety of the UK under lockdown and many of us barely leaving our homes, the wider world feels even more out of reach than usual. If you’ve developed a burning case of wanderlust and need a respite from the greyness of this coronavirus winter, then our virtual travel guide can help.

We’ve handpicked a selection of escapist videos and meditative games to transport you to distant lands, both real and imagined.

To experience most of the virtual journeys detailed below, all you need is an internet connection and a smartphone or computer. In some cases you’ll need specific computing hardware, which we’ll point out.

A monumental ring road runs around Iceland, known as the Hringvegur and Route 1. You can circumnavigate the entire route in real-time thanks to the efforts of Icelandic ambient rock warblers Sigur Ros. The band not only recorded the entirety of their 2016 odyssey along Route One and uploaded it to YouTube, but have also set the epic road trip to an ethereal soundtrack of their own composition. It’s an apt accompaniment to the otherworldly vistas that Iceland has to offer once the ring road exits Reykjavik. 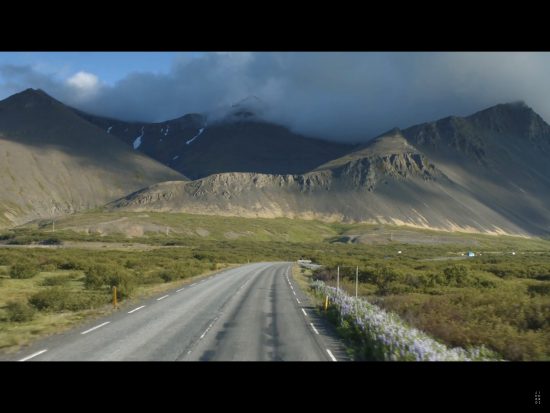 If this brooding entry in the ‘slow TV’ genre is a bit too extreme, an edited highlights version is also available. If you have a VR or AR headset that can also view YouTube videos, such as the budget Google Cardboard which is widely available online, you can immerse yourself in the 360 degree version.

If you want to enjoy this journey ad-free and offline, you can do so using YouTube Premium. Vodafone UK Pay Monthly mobile customers can add YouTube Premium to their plans for a low monthly fee.

The beauty of virtual travel is that you can journey through time as well as geography. The Assassin’s Creed series of games is known for its parkour-influenced combat between warring orders of assassins and warlords in numerous historical eras.

But two of the most recent games in the series, Origins and Odyssey, allow you to dispense entirely with the combat and instead wander freely through their graphically rich and deeply researched recreations of Ancient Egypt and Greece respectively.

In this violence-free ‘Discovery Tour’ mode, you can also learn more about the geography, culture and history of these civilisations through guided ‘tours’ created with the aid of academics. 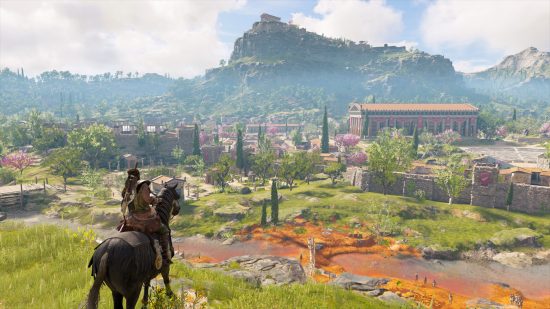 Both games are not only available on Windows, Xbox One and PlayStation 4, but also on the Google Stadia cloud gaming service. The Stadia versions could hit the spot if you don’t have a gaming PC or console, but do have a fast enough internet connection. Cheaper Discovery Tour-only versions of both Assassin’s Creed: Origins and Odyssey are also available, but only for Windows PCs.

Watching Alaskan salmon waggle through roaring torrents of icy river water makes for magnetic viewing. The only sight more resplendent in nature is seeing some of those salmon meet their end in the jaws of waiting brown bears, belly-deep in water as they fish and feed. 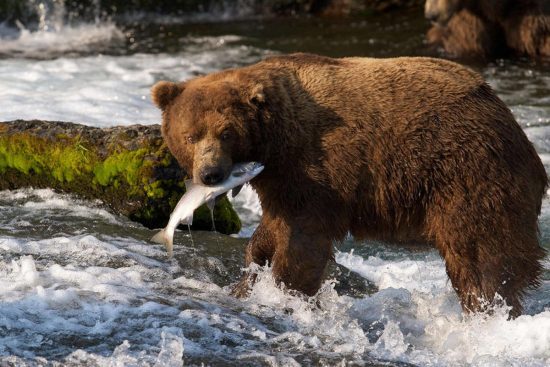 This symbiotic lifecycle between predator and prey is captured on camera every year at Brooks Falls in Alaska’s Katmai National Park. Although the live stream is only available around September-time during the salmon’s annual migration, archived highlights can be watched at any time on Explore.org.

If you find this ursine predation a little too grizzly for your taste, Explore.org has a wealth of other wildlife videos to gaze upon from footage inside a bee hive to sea lions lounging on the rocky Canadian coast.

An upside down world in the style of MC Escher

If you’re in the mood for something a little more fantastical, try Monument Valley 2. This puzzle game, available for iOS and Android as well as on Amazon Fire tablets, is a soothingly relaxed affair with distinctively stylised graphics. 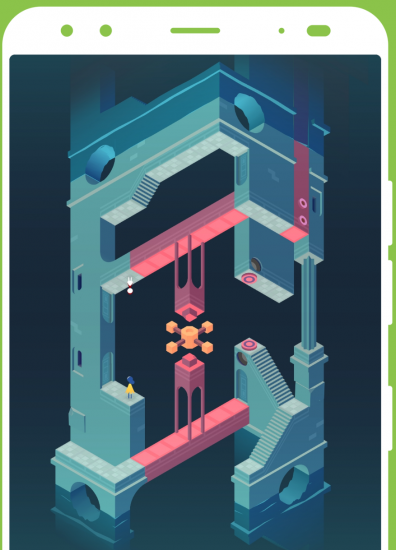 In each level, you must guide an unnamed mother and child from the start of a maze to its end. Except the path is always skewed, slanted and mangled in ways resembling a surrealist MC Escher drawing. Tap and slide your finger on various parts of the path, either systematically or through trial and error, to untangle it. If you enjoy Monument Valley 2 just as much as we did, the first game in the series is also available.

Istanbul is a deeply historic city, but it’s more than just an open-air museum. The Bosphorus metropolis pulses with life – especially of the feline variety. The documentary Kedi follows a gaggle of friendly stray cats through the streets, shorelines and neighbourhoods of Istanbul and meets some of the ordinary people who willingly care for them. 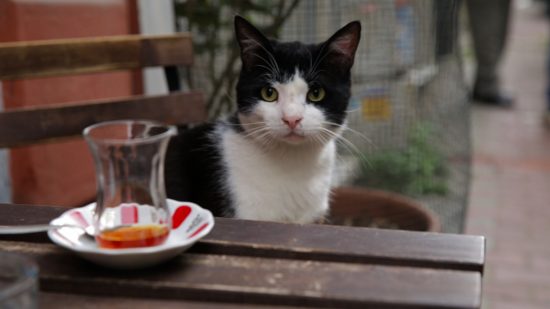 Kedi is available for free to YouTube Premium subscribers. It’s also available to rent or buy from Amazon Prime Video.

Scuba diving deep under the sea

If you’ve always fancied scuba diving, or just have a soft spot for aquariums, then Abzu could be your kettle of fish. In this sedate and combat-free game, you play a diver who befriends a chummy great white shark deep beneath the waves. Although you have to solve various puzzles to unlock new parts of the ocean floor to explore, you can otherwise freely admire the aquatic view – and even ride cooperative sea creatures – rather than follow the story. 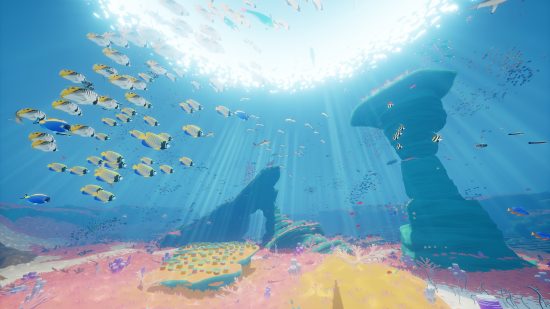 Abzu is available for Windows, PlayStation 4, Xbox One and Nintendo Switch.

A random window anywhere in the world

Weary of the same old view out of your kitchen window? Simply swap it for another! Window Swap is a website that randomly shows you the view out of a window from thousands submitted (and vetted) from all over the world. From cats dozing on a sun-kissed veranda to a Hong Kong marina, each window view is rarely the same. The views aren’t live, but that doesn’t make them any less tranquil. Keep Window Swap on a second monitor or tablet and the illusion of an actual window onto another part of the world is complete.

Prune is a smartphone and tablet game that carries you away to Japan by invoking traditional Japanese-style aesthetics, rather than recreating an actual place from the Home Islands. With swipes of a finger, you guide the growth of a bonsai-esque plant by pruning its branches with the aim of ensuring it reaches sunlight and sprouts cherry blossom-like flowers. The contemplative zen-ish gameplay is matched by the elegantly minimalist graphical style.

Prune is not only available for iOS and Android, but also on Windows and Amazon Fire tablets.

From tragedy to flip-flop success: The Gandys story

Holiday apps to help your lockdown escape go without a hitch