Music festivals have largely been cancelled this summer, but you can get a bit of that gregarious gig feeling at home with our choice of concerts-on-demand.

While the ongoing pandemic has sadly put the kibosh on all but a handful of music festivals for another year, all is not lost if you live for live music.

Sets, individual performances, concerts and studio outtakes from years past have been recorded for all to enjoy, with a diverse and eclectic selection available on both YouTube Premium and Amazon Prime Video. As everyone’s musical tastes are different, the following is less a definitive ranking and more of an inspiration for your own browsing and listening pleasure.

While Vodafone can’t provide the muddy fields or mosh pits, it can help you recreate that heady summer festival feeling. Pay Monthly mobile customers can add either YouTube Premium or Amazon Prime Video to their plans for a low monthly fee. 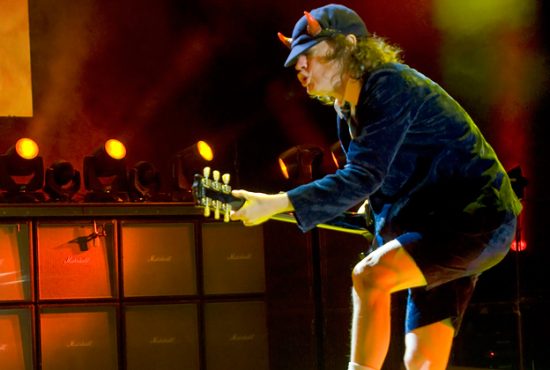 Rock legends AC/DC have gone through a few line-up changes over the years, but they’ve always been able to put on a rollicking good show. This energetic rendition of the perpetually catchy Thunderstruck, with expert fretwork and duckwalk by guitarist Angus Young, is matched only by the boundless enthusiasm of the crowd.

Come As You Are (rehearsal), Nirvana

While Kurt Cobain’s vocals aren’t to everyone’s taste, his hypnotic guitar work and pensive, brooding visage in this rehearsal footage of a classic Nirvana track make for compelling viewing and listening.

Parisian DJ David Guetta’s work isn’t, for our money, as effortlessly buoyant and timeless as the music from fellow Frenchmen Daft Punk. But there are still enough arm-swaying numbers in this hour-long set to convince even the most ardent Guetta-sceptics of his musical charms.

London Grammar is one of the most distinctive sounding British bands of the past decade. Their ethereal, soulful and richly layered sound is due in large part to vocalist Hannah Reid’s soaring range. This one-hour performance of their latest album, Californian Soil, is a great introduction to their work.

The late Aretha Franklin was the queen of soul and gospel, so it’s no surprise that her legendary voice effortlessly crosses the decades in this film. This recording of a 1972 church performance, previously buried for decades, is both intimate and regal. Amazing Grace can be viewed by Amazon Prime Video subscribers for free.

This two-hour performance from 1997 includes Fleetwood Mac’s most well-known hits. Even so, The Dance is at its most satisfying when the band – or the individual band members in intermittent solo performances – hew most closely to Fleetwood Mac’s blues-y origins. But your mileage may vary – if you’re an Amazon Prime Video subscriber, take a gander for free.

Despite their French-sounding name, this folk/bluegrass band is actually from Tel Aviv rather than French wine country. If you’ve had a tough day, their lullaby-esque Hebrew-language melodies are more soothing than an ice-cold glass of lemonade on a hot summer’s day. The intimate feeling is reinforced by the cosy cabin-like stage used for this mini-set. 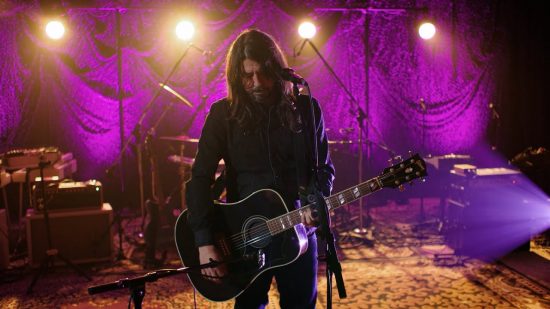 Although Dave Grohl’s introductory origin story in this video goes on for a bit too long, your time is rewarded with a soulful acoustic version of Foo Fighters classic Everlong. We should never have doubted you, Dave.

Depeche Mode is unfairly pigeonholed by some as an Eighties electro throwback, but their back catalogue has serious staying power. The classic Enjoy the Silence from 1989 is a case in point. It’s not only a banger in its own right; this performance in front of a modern day Berlin audience, with larger-than-life stage design, seems entirely fitting. Its haunting, aching yet energetic vibe is almost tailor-made for a historic and lively city known for its exuberant nightlife.