It may be getting colder and darker outside, but there’s plenty to entertain you indoors with our streaming picks.

The clocks have gone back and the days are getting shorter. But there’s an upside to all the long, dark nights looming ahead of us – there are even more opportunities to soak up the sport, TV boxsets and movies streaming on Amazon Prime Video!

There’s an immense library to choose from, but our latest monthly picks can help you find something to watch no matter what usually tickles your fancy.

For rugby fans bereft at the end of the British & Irish Lions 2021 Tour, salvation is at hand. The Autumn Nations Series sees rugby teams from around the world face off against each other in this month-long tournament. The final round of matches will be broadcast on 20 November. 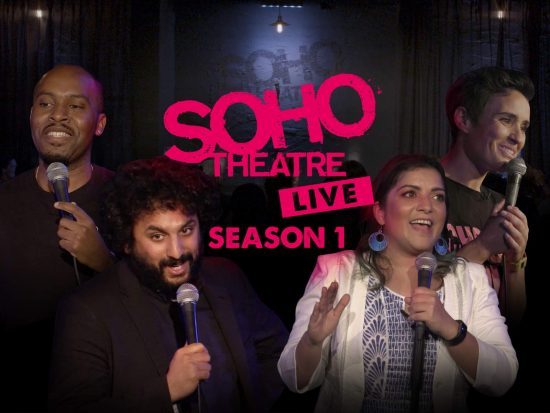 If you’re more into belly laughs and wry chuckles than drop kicks and tackles, this series of comedy gigs could tickle your funny bone. Filmed at the Soho Theatre, nestled in the heart of London’s West End, this series has stand-up performances from comics such as Nish Kumar and Shappi Khorsandi as well as lesser-known names.

If you want both laughs and drama, but from ‘real’ people, then start paddling towards Geordie Shore. Eight seasons of this infamously gaudy reality show are available to stream on Amazon Prime Video. After all, what you stream in the privacy of your own home is entirely your business.

If your appetite for reality TV hasn’t been satisfied by Geordie Shore, then set a course for Below Deck. This reality show follows the annoyingly well-chiselled crews of various luxury yachts as they attempt to balance their professional and personal lives. If the first four seasons available on Amazon Prime Video leave you gasping for more maritime melodrama, then the first two seasons of the show’s Mediterranean spin-off will be available from 19 November.

Apple co-founder Steve Jobs led a tumultuous and eventful life, which a few biopics have tried to capture on film with varying levels of success. This 2015 effort starring Michael Fassbender and written by Aaron Sorkin avoids the usual cradle-to-grave format, instead focusing on Jobs at three key points in his life.

Although many have criticised the film’s historical accuracy, as well as the decision not to cover anything from Job’s later years, this movie is still a remarkable entry in the biopic genre. From Sorkin’s rapid-fire dialogue to director Danny Boyle’s crisp celluloid craftsmanship, it’s nothing if not eminently watchable.

This film will be available on Amazon Prime Video from 21 November.

For something more adrenaline-fuelled, try this sequel to a popular Keanu Reeves action flick. No, not the Matrix: Reloaded, but the second film in the John Wick trilogy. Although the first film in the series can currently only be viewed on Amazon Prime Video if you cough up an extra fee, you don’t watch the John Wick series for the plot. It’s all about the moody cinematography and the stylish guns-and-grunting fight scenes.

The Girl with the Dragon Tattoo

The original Swedish adaptations of Stieg Larsson’s Lisbeth Salander novels helped kick start our infatuation with Nordic Noir. It’d be tempting to dismiss the Hollywood remake of the first film in the series as a needless cash-in, but David Fincher’s effort easily stands on its own two feet. From the ominously foreboding atmosphere and thrumming soundtrack to Rooney Mara’s star-making turn as Salander, this adaptation is well worth watching.

The success of Gravity and Interstellar reignited an appetite for weighty space dramas set in the near future. This makes it all the stranger that Ad Astra went largely unnoticed by cinemagoers, despite starring A-lister Brad Pitt. Although not perfect, this tale of a stoic astronaut searching for his father lost in the outer reaches of the solar system neatly balances human drama and cerebral sci-fi.

What to watch on Amazon Prime Video UK in November