The longest month of the year doesn’t have to be quite so blue with these streaming movies and TV shows.

As the tinsel and mistletoe come down after the festive season, you can keep your spirits up this January with our eclectic selection of films and box-sets available on Amazon Prime Video.

Plus, if you’re Vodafone UK Pay Monthly customer, you can add Amazon Prime Video to select plans for a low monthly fee.

Booksmart may look like a stereotypical gross-out American high-school comedy at first glance, but this deftly woven film stands heads and shoulders above its peers. On the eve of their high school graduation, studious and precocious overachievers Amy and Molly fret that they’ve missed out on years’ worth of teenage kicks. Their fear of missing out leads to the night of their lives, but not in the way they expected. 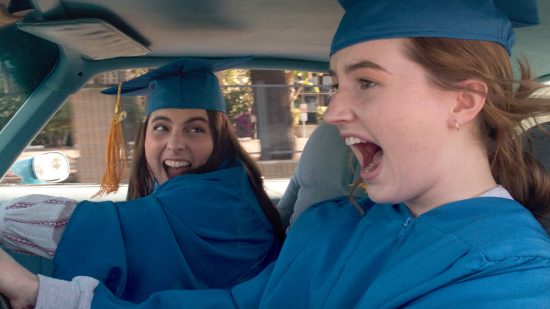 The able direction and peppy soundtrack compliment the convincingly fresh-faced performances – there are no 30-something A-listers pretending to be high-schoolers here. The subtle rumination on the nature of friendship and the bittersweet transition from adolescence to adulthood, all mixed in with clever belly-laughs, make Booksmart unexpectedly satisfying on multiple levels.

Originally broadcast on BBC Four back in the halcyon days of 2006, this one-off special chronicles the life of Carry On legend Kenneth Williams. In playing the eponymous star, Michael Sheen deftly walks the tricky biopic tightrope of giving an emotive, evocative performance without devolving into an impressionist’s caricature. It’s a balancing act made all the more difficult by the conflicted life that Williams led.

Originally broadcast on BBC One, this mini-series is based on the spy-thriller novel by the late, great John le Carre. Although the updating of the geopolitical setting from the Gulf War to the Arab Spring doesn’t quite come together, this adaptation nonetheless just about gets away with it. It doesn’t just have lush production values to its credit, but also a trove of British national treasures flaunting their dramatic chops, from Tom Hiddleston and Hugh Laurie, to Olivia Colman and Tom Hollander. 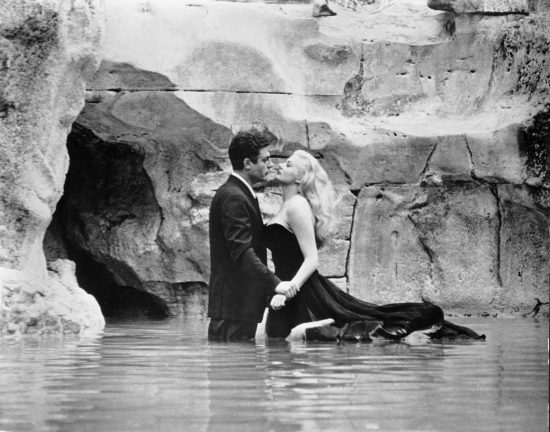 While La Dolce Vita has assured itself cinematic immortality with its shot of Anita Ekberg frolicking in Rome’s Trevi Fountain, this film isn’t a one-shot wonder. Federico Fellini’s masterpiece is both a timeless examination of the pursuit of happiness in a consumerist society and a snapshot of Rome’s luxurious hedonism at the height of the Italian post-war economic miracle, with one inextricably tied to the other.

If you want something a little more fast-paced, Rush is the cinematic vehicle for you. This nitro-fuelled biopic chronicles the rivalry between legendary F1 drivers James Hunt and Niki Lauda. While its adherence to history is sometimes a little loose, the magnetic performances make this flaw easy to forgive. Chris Hemsworth’s swaggering bravura as Hunt is matched by Daniel Bruhl’s nuanced take as the icy Lauda with emotional conflict simmering beneath his stony-faced visage.

Cinematic maestro Guillermo del Toro has been quiet in recent years, which is all the more reason to revisit one of his most otherworldly yet poignant films – or to watch it for the first time. Pan’s Labyrinth tells the tale of a young girl in fascist Spain who discovers an underground passage inhabited by a gnomic creature – one which promises her a better, brighter world. 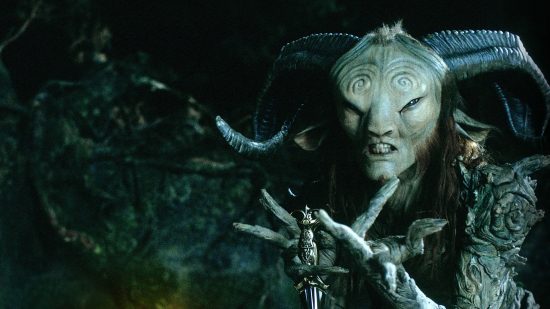 The creature effects in Pan’s Labyrinth are startlingly inventive, but the bittersweet ending is just as memorable.

For a more light-hearted adventure of fantastical derring-do, try The Princess Bride. A romance and a comedy, but certainly not a romantic comedy, The Princess Bride is an uproarious and eminently quotable classic that defies conventional categorisation. A stable boy must rescue his one true love from a dastardly prince, but the narrative course of this cult classic is nothing short of inconceivable. 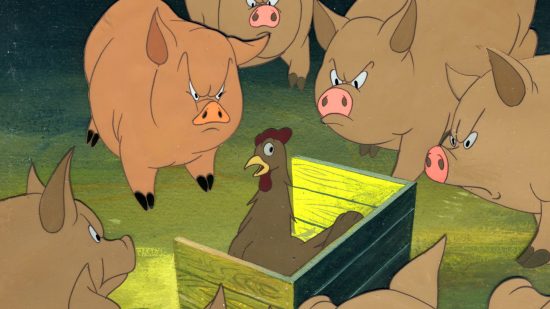 While this animated adaptation of George Orwell’s seminal novel was released in 1954, both its visuals and satirical punch have aged well. Its gradual evisceration of simplistic propagandist sloganeering and Stalin-like personality cults is not only true to the source material, but more relevant than ever. The film’s ending differs from the novel’s, which was controversial at the time of release, but can be seen as a thoughtful twist in light of world history since the 1950s.

From one parable to another, District 9 is a more fast-paced and visceral affair. In the tradition of the best celluloid science fiction, this tale of an extra-terrestrial species ghettoised in modern day Johannesburg – and the protagonist’s changing reactions to their plight as he faces down gun-toting villains – could be taken as purely action-packed fun. But District 9 also touches on a multitude of more cerebral themes from the nature of bigotry and empathy to how society deals with migrants and what could happen when the state outsources key services to private companies. While not perfect, District 9 nonetheless bears up to repeated viewings.