Winter is over and spring is here, and there are plenty of streaming gems to enjoy while we eagerly await the arrival of a - hopefully - less COVID-blighted summer.

It’s no exaggeration to say that the summer of 2021 is one of the most eagerly anticipated in recent memory. The prospect of vaccinations freeing us to soak up the warmth of balmy midsummer evenings is immensely enticing following the grey coronavirus winter.

We’re not quite there yet, but this last stretch of chilly evenings needn’t be an ordeal with the latest clutch of streaming boxsets and movies on Amazon Prime Video.

No one was asking for a Rocky sequel/spin-off, especially given the steadily declining quality of later entries in the series. But Sylvester Stallone and director Ryan Coogler gave us one anyway, to surprisingly punchy effect.

The film follows an up-and-coming young boxer, played by Michael B Jordan, mentored by the legendary Rocky on life both inside and outside the ring. The grounded performances and light-footed direction means it’s well worth going the distance with Creed. If you’re as taken with Creed as we are, the sequel – Creed II – is also available on Amazon Prime Video.

Rocky has entered popular culture in numerous ways, as has Mean Girls – albeit in its own inimitable fashion. This uproariously written comedy follows a sheltered, home-schooled teen as she enters the piranha pool that is a celluloid American high school for the first time. A culture clash with a clothes-obsessed clique of catchphrase-spewing classmates soon ensues. The derivative straight-to-DVD sequel is also available on Amazon Prime Video, but it isn’t anywhere as fetch as this comedy classic.

No one wants to be dumped by their other half for a younger model, but 1950s New York housewife Miriam ‘Midge’ Maisel copes better than most. She soon catches a second wind, becoming a stand-up comic delivering witty quips both on- and off-stage. This comedy-drama is not only chuckleworthy (with the occasional expletive strewn about), but neatly evokes the time and place in which it’s set.

This action film is best described as a sci-fi Groundhog Day starring Tom Cruise, but don’t let that put you off. The perpetually youthful A-lister delivers an unexpectedly relateable and sympathetic performance as a cocky soldier caught in a lethal time loop on the day of an Allied invasion to reclaim an alien-infested Europe. The kinetic action sequences would be incomplete without Emily Blunt, who’s both tough-as-nails and luminous in a criminally underappreciated supporting role.

The Cabinet of Dr Caligari

German cinema is now relatively obscure, but in the 1920s it was an artistic and commercial powerhouse. The Cabinet of Dr Caligari is one of the quintessential films from this era of silent, black-and-white yet pioneering films. Its creatively eerie lighting, monstrous make-up effects and highly stylised set design brought the German Expressionist art movement to an international audience and influences Hollywood horror, film noir and art house films to this day.

The version on Amazon Prime Video includes a soundtrack composed and performed by band HobGoblin. It’s arguably unnecessary, but you can just mute your telly if it’s not to your liking.

This tale of an astronaut hurled through the heavens during an orbital mission gone explosively wrong is nerve-shreddingly tense. The expansive yet claustrophobic space scenes and metal-crunching sound effects means it’s best experienced on the biggest screen you have in your household with high-quality speakers turned up to 11.

Gravity does lose some of its breathtaking suspense if you’ve seen it before. If you’ve yet to watch it though, then you’re in for a cinematic tour de force.

If you can’t get enough of tense cinematic action, then Argo should be up next on your watch list. Based on a true story, Argo tells the remarkably odd tale of a Canadian-American operation to rescue hostages from Tehran at the height of the Iran Hostage Crisis using a made-up film production. Although Argo takes one too many liberties with the historical record, this film is still worth watching for its nail-biting tension.

Concerns about artificial intelligence (AI) are commonplace, some of which are given human form in this low-key yet eerily atmospheric sci-fi film by Alex Garland. A reclusive tech billionaire creates an unnervingly lifelike android with enigmatically gnomic motivations. Although the divisive ending doesn’t really live up to the subversive trope-bending narrative set-up, Ex Machina is still one of the best sci-fi films released in the past decade. 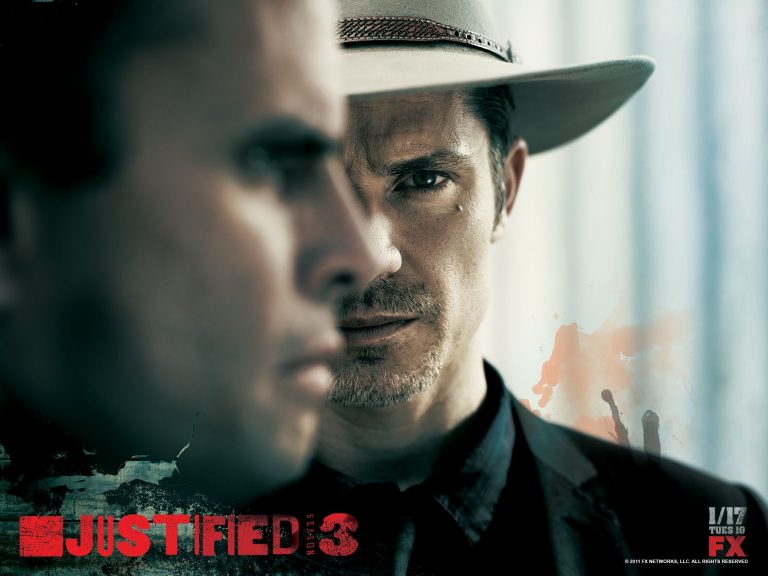 Until recently, the American hinterland was given short shrift in TV shows. Justified was one of the series that changed this, with the mountainous setting of eastern Kentucky arguably as big a character as any of the people. Based on stories by Elmore Leonard, this neo-Western follows troubled marshal Raylan Givens as he is reassigned from Miami to his old home turf where he becomes enveloped by old flames and the local underworld alike. Striking and grimy in equal measure, there are few other cop shows quite like Justified.

Jason Momoa’s brooding yet irreverently lively performance as the eponymous DC superhero in this flick not only vaulted the character to newfound popularity, but was also a stroke of casting genius. Casting the biracial Momoa as the half-human, half-Atlantean hero struggling for acceptance and purpose gives this movie a socially relevant subtext often missing from other comic book movies.

Having said that, Aquaman is also full of kinetic thrills and spills. From riotously imaginative sea creatures to snarling villains twirling their metaphorical moustaches, it’s worth getting your feet wet with Aquaman.