It’s tempting to think that your children don’t care about the news. They’re more interested in playing Fortnite than watching Newsnight or Question Time, right?

Wrong. Kids are not only aware of the news, they’re also concerned by it.

In a report for a Government commission on fake news, The National Literacy Trust found that almost half of children surveyed were worried that they wouldn’t be able to spot fake news.

That report also surveyed teachers, more than half of whom said they didn’t believe the national curriculum equipped children with the necessary skills to spot fake news. It’s therefore up to parents to help their children become savvy consumers of news, learning skills known more formally as media literacy or critical literacy.

While you’re groaning at the prospect of another daunting task to add to your homeschooling chores, take heart from the fact that teaching your kids to think critically about news is not only achievable, it can also be rewarding.

Start young. Kids are exposed to news, advertising and social media from a very young age these days, so the sooner they learn relevant skills the better.

Common Sense Media, an independent non-profit organisation, includes advice on how to broach the topic with pre-schoolers. The key with such young children is to gently emphasise, compare and contrast the differences between presentation and reality in media that they’ll be familiar with and interested in, such as storybooks or the ads for toys and the packaging they come in.

Kid-friendly news programmes such as Newsround or The Week Junior have their place, but you can’t beat a good conversation, experts advise. And it’s important to continue engaging with your kids about news media, even when – perhaps especially when – they become moody teenagers.

“That’s the age of identity development, when they’re trying to figure out who they are,” says Jimmeka Anderson of media literacy non-profit organisation, I Am Not the Media.

How to do it

Read, watch or listen to the news together with your child and then talk about it, much as you might read a book together.

“Talk together about what’s happening. It’s especially vital to recognise children’s concerns – even young children want to understand, and to contribute where they can,” says Sonia Livingstone, a professor in the Department of Media and Communications at the London School of Economics and Political Science (LSE).

It’s a hoary parenting cliché that kids know more about the internet and online life than their parents. Even if that’s true in your home, it can be an opportunity rather than a drawback.

“One of the nice things about the digital world is that it offers an unprecedented opportunity for parents to learn from their children,” says Prof Livingstone. “Take it. The result can be more empowered children, and a more trusting relationship between parent and child.”

For example, why not ask your children to find news and information online about a particular topic and then discuss what they’ve found?

What to talk about

Of course, news doesn’t just come from traditional broadcasters and newspapers anymore, but from social media and streaming video, too. Whatever the source of news, the National Association for Media Literacy Education (NAMLE) advises parents and children to pick it apart using a simple set of questions:

Bear in mind that there could be multiple answers to each of the seven questions above.

Examine the language being used in the headline or story – is it sensationalist? Are figures being used without quoting any sources? Why does one news outlet tell a story in one way, and another take a different view?

Have photos been manipulated or shown out of context? Doing a reverse image  search on Google can help your child discover the origin of a photo and decide whether it can be trusted. 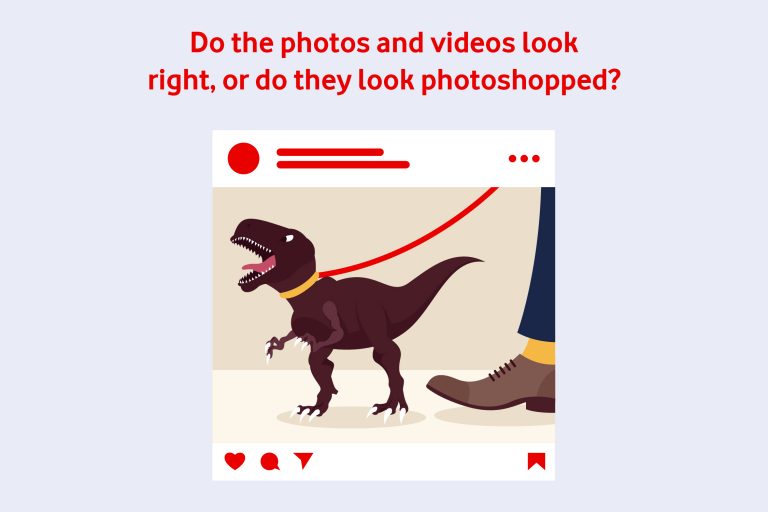 NAMLE has an expanded, more detailed version of its questions for older children and those especially interested in the news.

How news organisations actually put together the news doesn’t have to be a mystery. Your kids can discover how it’s done with the BBC’s iReporter game, as well as the exercises and worksheets produced by The Guardian as part of the Newswise media literacy project for schools.

If you’re particularly concerned about your child’s ability to spot fake news, BBC Bitesize has several useful exercises which can help.

Breaking news stories about events such as natural disasters or suspected terrorist incidents can be distressing and confusing for some children. Michelle Limpkin, executive director at NAMLE, has advice for parents on how they and their children should approach news stories, videos and social media posts about such events.

Talking to your kids about the news isn’t as daunting as you might think. Instilling them with an inquisitive, questioning approach to the news will not only leave them well-equipped to handle news and other kinds of media with confidence. It can also be an enriching experience in its own right.