Sleep apps: How to defeat the ‘scary red-eyed wolf’

Frustrated by years of troubled sleep, one mother and her nine-year-old daughter found a happy solution in a therapy app. But do they work for everyone?

Iris, Charlotte Gray’s nine-year-old-daughter, says she used to find it difficult to get to sleep because of the dark.

“I don’t know why I was scared but I felt like some giant, scary red-eyed wolf was going to jump out from behind my bed,” she says.

Then her frazzled mum discovered a meditation app, and against all her expectations, it seemed to work.

“The meditation makes me a little bit less scared and it helped me stop thinking about it,” says Iris. “My favourite one is about a garden. You imagine you’re watering plants and they’re your friends.

“I really like listening to it because it gets me to sleep easily. It makes me feel calm and relaxed and like there’s nothing to worry about.”

This will be music to any sleep-deprived parent’s ears.

Here, Charlotte, 38, a photographer living in Norwich, describes her experiences and gives advice to other parents with children who have trouble sleeping.

“I’ve tried mindfulness and meditation apps myself, and never got into them. They’re not really for me, but my nine-year-old daughter Iris has always had sleep issues and we were running short of ideas to help her.

“We’d tried everything. If we left a story tape on at bedtime, it wouldn’t lull her to sleep; it would keep her alert, following the narrative and unable to switch off. When we tried mindfulness stories instead, they just frustrated and bored her. It was difficult for me to leave her, and once I did, she would come downstairs over and over again each evening.

“So last January, we decided to try a meditation app. The one we picked is called Buddhify and it has a special section for children. Each meditation lasts somewhere between four and 14 minutes, and you can choose from different themes your child might want help with – from ‘calming down’ to ‘feeling better’, ‘growing wisdom’ or ‘going to sleep’.

“Iris was reluctant at first. She’s always put up resistance to any strategy aimed at getting her to sleep, but we stuck with it, playing a meditation every night as we put her to bed. We worked it into her routine, so it became part of the expected pattern: a 5:30pm supper, a 6:30pm bath, stories at 7:30pm and then lights out and a meditation.

“After about a month, something just clicked. She started to calm down. Before, I would be stroking her head and she would spring up, vocalising a thought that had suddenly struck her. Now, she grew quieter. It was as if focusing on the meditation app stilled that rush of thoughts.

It hasn’t been a miracle – we still have difficult nights

“I’ve never tried using mediation apps for the other benefits that are sometimes touted for kids – better focus on schoolwork, for example, or anxiety. But for the specific challenge we were struggling with, it’s been a real game changer.

“Soon, Iris was either asleep by the time the meditation ended, or was calm enough for me to leave without a struggle. It hasn’t been a miracle – we still have difficult nights – but for the most part my husband and I now have some time together in the evenings, and my two younger children get better sleep, undisturbed by the sound of stomping up and down the stairs. In fact, they both now use the app as an occasional treat, too. They look forward to it and it has a really positive effect on them, too, chilling them out and easing them into sleep happily. 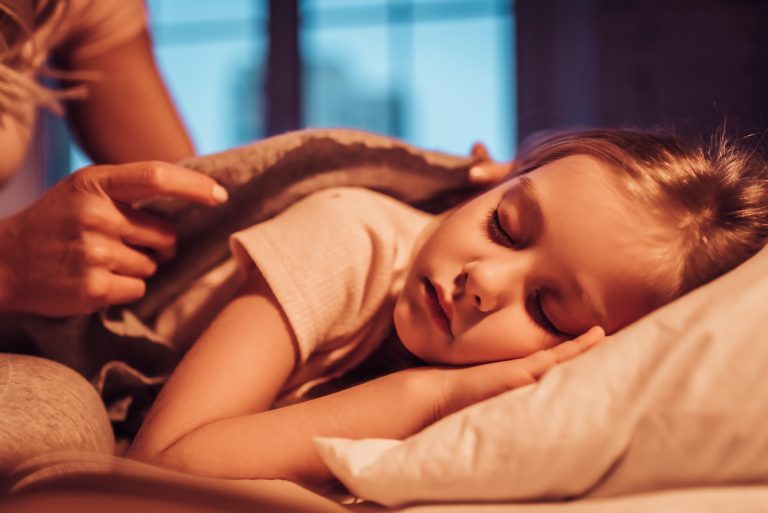 “Iris has been using the app every night for a year now, and I can’t see that stopping. If other parents want to give it a try, I’d recommend choosing the time of day carefully. It’d be hard to persuade my children to meditate in the middle of the day, when their energy’s up and their minds are racing. On the other hand, bedtime, when they’re slowing down naturally, seems to work really well. I’d also say to stick with it – it might feel strange and new to children at first, but if you work it into their routines it could be a real help. It certainly was for us.”

Charlotte’s other children have also taken to using the app. Here’s what they had to say.

“I like the fact that there are lots of different meditations, but they all have something that’s the same. Every single one I’ve heard has something about breathing. It makes me think how much we don’t usually notice breathing because we’re too busy doing other stuff. It makes me feel calm.”

“One thing, it puts me to sleep better in the night. I don’t know how. Maybe it just talks to my brain. It tells my brain to go to sleep, so the rest of me goes to sleep,”

Of course, this is just one family’s experience using one app.

But as any parent with access to the app store will know, apps to aid sleep have mushroomed, some featuring stories about cuddly avatars, others branching out into more junior content. There’s Moshi Twilight, Baby Sleep Sounds, Calm for Kids, Nighty Night and many more…

But can such apps really help children – and parents – get a good night’s sleep?

A 2017 meta-review of the research so far conducted on youths found that mindfulness-based interventions of all sorts had “universally small, positive therapeutic effects” on factors including attention, introspection, and emotion regulation.

“These type of apps can be really useful as part of the pre-sleep routine as they can help our little ones drop their heart rate and feel relaxed,” says James Wilson, also known as The Sleep Geek, a leading sleep expert.

But children like consistency when they sleep – the same light and noise levels all through the night, he says. So “if we are using apps like these they need to have a setting where they can be left on all night. It might sound counterintuitive but it’s true!”

Otherwise your child might partially wake up and become anxious if the app isn’t making the usual sounds, then become fully awake, upset and call out for slumbering parents.

So sleep apps are not guaranteed to work for everyone, but as Charlotte and her family discovered, finding the right one for your children could make all the difference. It might be a question of trial and error.

And while technology has undoubted benefits, there’s also little better than a good book before bedtime to send your little ones into the land of nod. 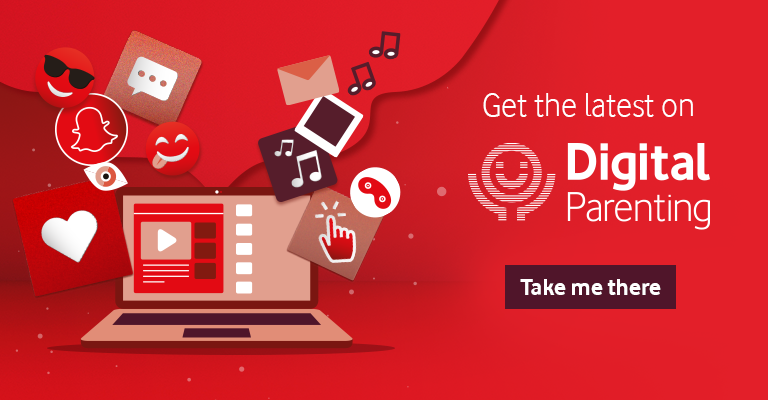