If you’re counting your pounds and pennies, a 5G smartphone doesn’t have to be out of reach – there’s something for everyone in the latest batch of Android handsets available from Vodafone UK.

The flashy flagship 5G smartphones from the big household names get all the attention, and they also tend to have premium prices. But there are other options if you’re on a budget and still want to take advantage of 5G’s impressive speeds, increased reliability and low latency.

Depending on your needs and whether you want to spend a little less or a lot less, the latest models from Xiaomi and Samsung could be just what you’re after.

The Samsung Galaxy A32 is one of the most affordable 5G smartphones available, but it certainly doesn’t look cheap with its black minimalist casing.

The chunky 6.5in display is interrupted only by the dewdrop of a selfie camera. Although the screen’s resolution of 1600×720 pixels might appear low at first glance, in practice this is still more than enough pixels to show off crisp text and HD video. 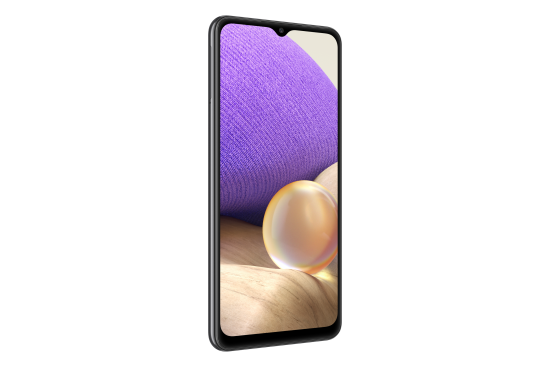 Plus, this comparatively low resolution can actually be an advantage as it means the screen will consume less battery power than a higher resolution screen would, helping to prolong battery life. The battery itself supports fast charging, topping the battery up to 50% within 30 minutes.

There’s only a mono speaker rather than a stereo set. For a boost in audio quality, the A32 does have a 3.5mm headphone jack for connecting wired headphones and speakers – unlike an increasing number of modern smartphones.

Android 11, the latest version of Google’s mobile operating system, is pre-installed. Samsung’s One UI overlay adds several useful features, such as the ability to have two apps on-screen simultaneously and a one-handed mode which makes the phone easier to use if you have small hands.

The A32 doesn’t have DeX though, a feature found on other, more expensive Samsung phones. DeX allows you to use those phones as PCs when they’re connected to a keyboard, mouse and external display.

The Galaxy A32’s cameras aren’t as advanced as those on the S21, for example, but they’re good enough for occasional snaps. The main rear-facing camera has a 48 megapixel (MP) sensor, but shoots 12MP images by default. This ‘pixel binning’ mode helps increase sharpness and preserve detail. There’s an 8MP ultra-wide camera and 5MP macro camera for taking close-up shots of small objects, such as flowers or insects. There’s a 13MP front-facing selfie camera, too. 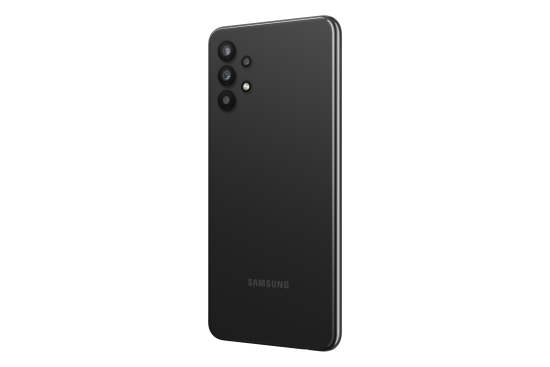 This phone’s MediaTek processor is perfectly good enough for handling everyday tasks from web browsing to messaging and emails.

The new Samsung Galaxy A32 5G is available with 6GB of data for £34 a month (£9 upfront cost). It’s also available on Vodafone Unlimited plans, starting at £42 a month with no upfront cost.

The Galaxy A32 is a very capable 5G phone, but there are still plenty of reasons why you might be tempted to pony up a bit more for a handset such as the Xiaomi Mi 11.

The Mi 11 has a slightly larger display at 6.8in, but the technologies behind it gives it a leg up in image quality. OLED (organic light-emitting diode) technology not only makes colours look especially vibrant, but increases contrast too. Colour accuracy is further bolstered by the screen’s P3 colour gamut, which means it can display a noticeably wider range of colours than non-P3 screens. The screen has a high resolution of 3200×1440 pixels for the crispest possible text. 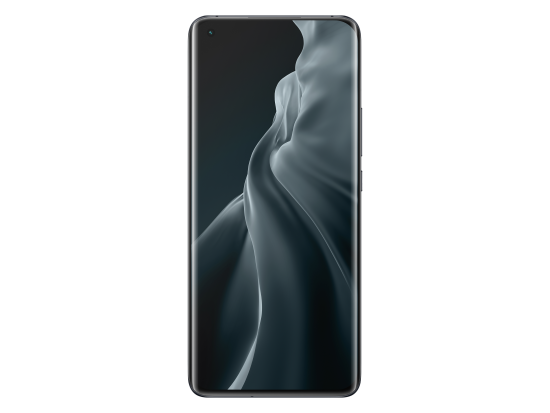 Perhaps even more noticeably, the screen can ramp up its refresh rate to as high as 120Hz. This ensures that fast paced animations, such as those in action-packed games and in your browser when you’re quickly scrolling through a long web page, are displayed with as little jitter or lag as possible.

The Mi 11 includes an even faster form of fast charging than that found on the Galaxy A32. Using the 55W charger included in the box, Xiaomi claims that battery can be fully charged in just 45 minutes.

You can use two physical SIM cards in the Mi 11. This phone doesn’t have a microSD card slot for adding more internal storage. This smartphone also lacks a 3.5mm audio jack, but an adapter is included in the box. Using it, you can plug headphones, earphones and speakers with a 3.5mm cable into the USB-C port.

Android 11 is preinstalled on the Mi 11 with Xiaomi’s MiUI 12 interface overlaid on top. It not only adds some features familiar to longtime Samsung users, such as the ability to use two apps onscreen simultaneously, but it also finally adds some standard Android features that had previously been absent in older versions of MiUI, such as the app drawer.

The Mi 11’s camera capabilities will be especially appealing to keen photographers and videographers. By default the main camera uses its 108MP sensor to shoot 27MP images, the information from those ‘extra’ pixels used to create 27MP images with increased detail and sharpness that they wouldn’t otherwise have. There’s also a 13MP ultra-wide camera, 5MP macro camera and 20MP selfie camera. 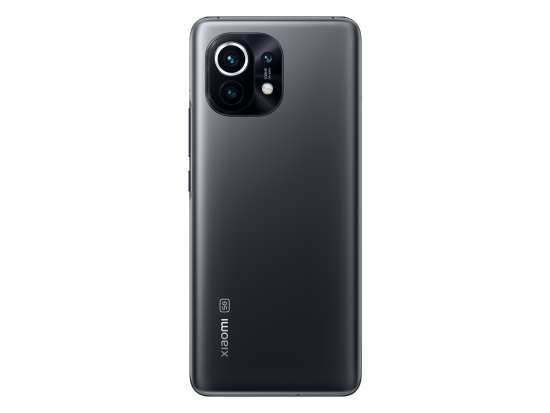 You can use the Mi 11 to shoot video at a choice of resolutions and frame rates, all the way up to 4K at 60fps (frames per second) and 8K at 24 or 30fps. This choice not only ensures you can get the exact cinematic look you want, but helps future-proof your videos so that they look as eye-pleasing as possible on any ultra-high-definition TVs and screens you may end up owning in the future.

If you’re shooting at night, in shadow or under other challenging lighting conditions, the Mi 11 can shoot video with Night Mode enabled for a much clearer looking image. It can also shoot video in the HDR10+ standard. This preserves a wide dynamic range in your videos, so details in a shadowy part of your scene should be just as visible as details in more brightly lit parts of the same scene.

The Mi 11 is one of the first Android smartphones to come equipped with Qualcomm’s latest flagship processor, the Snapdragon 888. Its blistering performance should be able to handle demanding apps, such as graphically detailed games, for years to come.

The Xiaomi Mi 11 is available to pre-order on Vodafone Unlimited plans, starting at £46 a month (£9 upfront cost).

No matter which 5G smartphone you choose from Vodafone UK, take advantage of VeryMe rewards, a choice of streaming entertainment and unlimited data on the UK’s best network.

To learn more about the latest 5G smartphones, head to the Vodafone UK website.