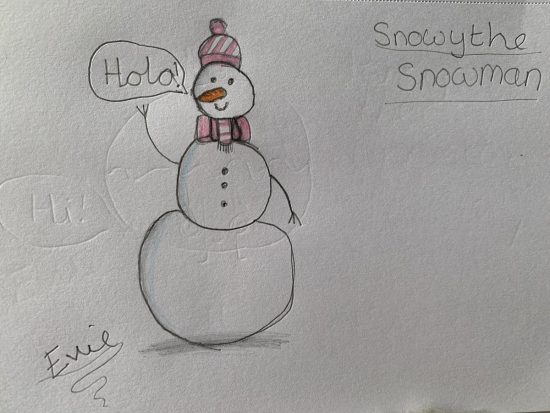 The research was conducted as part of Vodafone’s Light Up campaign which is recreating children’s festive drawings on a giant light display to raise money for Barnardo’s.

16 December: According to a new study by Vodafone, what your child chooses to adorn their homemade Christmas card with could have a direct correlation to their future lives.

The nationwide study of 1,500 UK adults has discovered a whole host of revealing adult traits which can directly link back to the Christmas cards we drew as children.

According to the report, Brits who as kids chose to draw Father Christmas are the highest earners, now bringing home more than double the average UK national wage of £31,000. 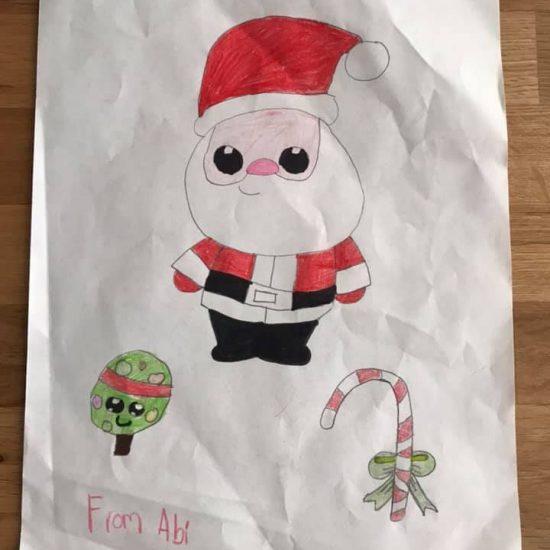 The research also found that if your child is inclined to draw a snowman, they are most likely to end up working in administration (28%).

While kids who cover their Christmas cards with a drawing of a Christmas fairy are most likely to go on to have a career in medicine and healthcare (20%).

Perhaps unsurprisingly, creative children who favour abstract patterns are the most inclined towards the arts in later life (19%). 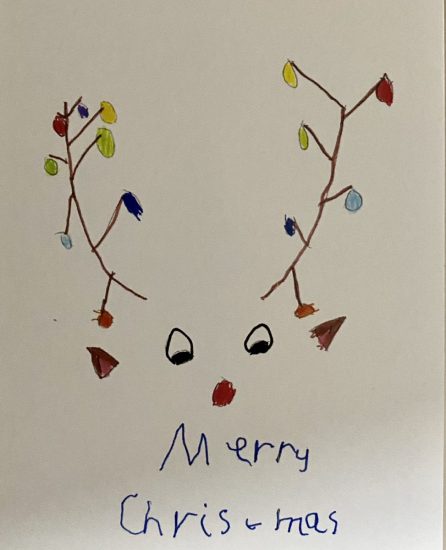 Furthermore, the research found nonconformists who decorate their card with a non-Christmassy image, like a dinosaur or rocket ship, will grow up as the most self-assured adults (32%).

While young artists who prefer to sketch a simple robin on the front of their festive card are likely to end up as straight-talking grown-ups (37%). 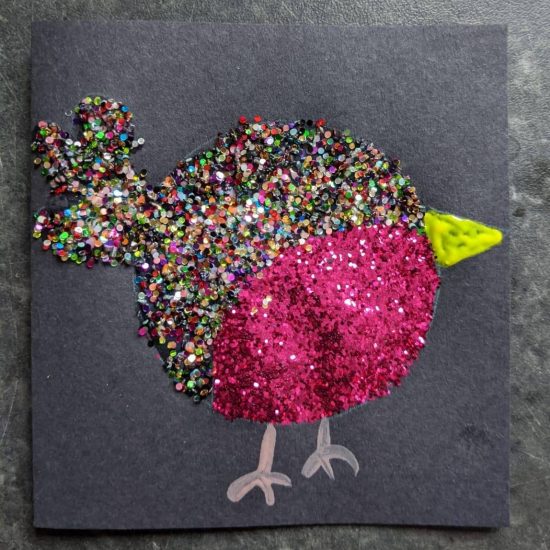 According to the findings, if your child has drawn the classic nativity scene, they are more than likely to grow up to work in catering and hospitality (15%).

And those who were mad about drawing Christmas trees grow up to be the biggest fans of the festive season, with a whopping 43% saying they love Christmas. 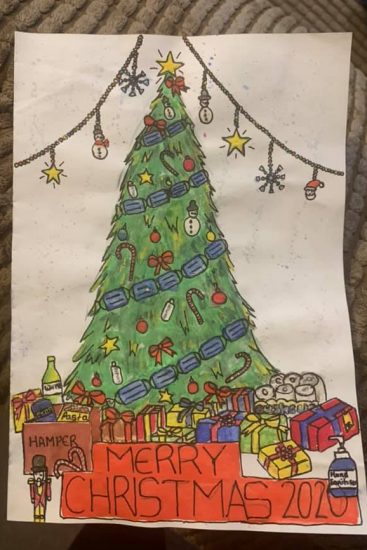 Child psychologist Dr Amanda Gummer, who contributed to the research said: “The time I’ve spent working with children has led me to believe that the toys they play with and the pictures they draw can reflect how they are feeling at that moment. Drawing can really give parents insight into a child’s personality.

“This fun survey links the illustrations children draw to their future careers – but one thing is for sure, whatever your child ends up drawing on their Christmas card this year, the reason they’ve made you a card is to show you how much they love you.

“Making something that is so appreciated is wonderful for children’s confidence as the feedback they get from the people who receive the cards will show them how valued they and the card are.

“As with all artwork, it can be interesting to look beneath the surface to try to get insight into the child behind the card, their personality and feelings. It’s fun to think that the drawings children do can reveal something about their personalities and it can be a great way to start a conversation with them about how they express themselves through their artwork and how different people have very different styles.”

The study supports Vodafone’s Light Up campaign which, through the month of December, is recreating children’s Christmas card designs on a giant light display to raise money for Barnardo’s. Vodafone UK Foundation is donating £1 for every card submitted*. It is easy to get involved, just create, snap and share on Facebook, Twitter or Instagram using #ConnectTheMagic and tagging @VodafoneUK.

Helen Lamprell, General Counsel & External Affairs Director, Vodafone UK, said: “The link between children’s drawings and future job prospects is really interesting, and it is heart-warming to see just how much parents love receiving a hand-drawn card from their little ones.

“To help give a little cheer this Christmas, we’re thrilled to be offering children a platform to showcase their festive designs via the Light Up display this December. It’s easy to submit and for every card, Vodafone UK Foundation will donate £1 to charity Barnardo’s*.”

The study also found that 78% of the proud parents polled said they thought their children’s Christmas cards were good enough to be sold and two thirds (66%) said they always encouraged their little ones to make their own Christmas cards for family and friends.

More than half (52%) of parents keep every single Christmas card their child has ever made them.

The study also found that 71% of Brits said they much preferred receiving a handmade Christmas card than a shop-bought one and a quarter (22%) of us appreciate Christmas cards more than presents.

Dr Amanda Gummer continues: “In an increasingly digital world, a handmade Christmas card is a delightful tradition that parents and wider family members treasure. It’s a lovely way of chronicling children’s development as you can see how their artistic talent matures over the time. It also helps children think about what Christmas means for them each year and allows them to take some time out from the more commercial aspects of the holiday season.”

Find out more about how Vodafone is helping to keep the UK connected this Christmas and follow the Light Up live feed.

*For every unique eligible image submitted by the 30 December, Vodafone UK Foundation will donate £1 to Barnardo’s, up to a maximum of £25,000 (excluding Gift Aid). Terms and conditions apply.

The Light Up light display is live from 3 December until the 31 December with last submissions by 30 December. All cards go through a moderation phase before being put up in lights. To submit your card on Twitter or Instagram, post a photo of the card using the hashtag #ConnectTheMagic and tag @VodafoneUK. To submit your card on Facebook, reply to the Light Up thread on the @VodafoneUK Facebook page with a photo of the card and include the hashtag #ConnectTheMagic.

Vodafone is the official charity partner of Barnardo’s. Following on from its Great British Tech Appeal earlier this year, it is calling on the UK to donate unwanted smartphones and tablets over the festive period and beyond to be redistributed to those in need via the charity. As well as donating £1 per card submitted as part of its Light Up campaign*, Vodafone also supported Barnardo’s Kidsmas Live Concert, helping to raise vital funds to support children and young people across the UK. Broadcast live on #GivingTuesday 2020 (1 Dec) and hosted by the charity’s President Natasha Kaplinsky, the event included special performances from singer-songwriter Jamie Cullum and poet Hussain Manawer.

Throughout 2020, Vodafone has done what it can to keep people connected, and at Christmas this is particularly important. For the month of December, Vodafone is offering 30 days’ free data to 200,000 customers who don’t currently have unlimited data. The offer is redeemable on VeryMe via the MyVodafone app and must be activated by 21 December.

This new offer for customers joins Vodafone’s extended free data offer for NHS workers (now extended until 31 January), the VOXI For Now tariff – which gives job seekers endless calls and data for £10 a month for six months – and the schools.connected programme.

The schools.connected programme helps pupils who struggle to access education from home because they don’t have the right connectivity. The programme, which originally offered connectivity to 250,000 primary and secondary schoolchildren, has now been extended and is open to Further Education colleges.

Vodafone has also been supporting charity partner Barnardo’s in 2020, providing unwanted smartphones and tablets to those in need with its Great British Tech Appeal, and raising vital funds through its sponsorship of Kidsmas Live Concert and Light Up initiative, which asks children across the UK to design and share their Christmas drawings as part of a giant 5G light display. For every drawing submitted via social media using the hashtag #ConnectTheMagic, Vodafone will donate £1 to Barnardo’s, raising vital funds for the charity.