VOXI and Global team up to give fresh, young artists endless opportunities 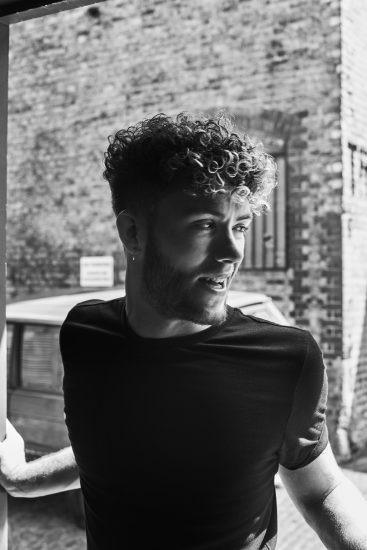 New monthly music session VOXI Unframed will be launched on the official Vodafone Big Top 40, the UK’s no.1 chart show with 2.4 million listeners every week.

VOXI, a new mobile offering created for and by people aged 25 and under, and Global, the Media and Entertainment group, today unveiled VOXI Unframed – an incredible opportunity giving fresh, young artists a platform to showcase their talent on The Official Vodafone Big Top 40. VOXI Unframed is a monthly music session where a chosen artist or group are given the chance to shoot a music video in 360˚ and have a snippet of their performance played on the UK’s no.1 chart show.

VOXI Unframed kicks off with 20 year old Norfolk based pop-soul singer songwriter, Mullally who has been tipped as one of the UK’s next big breakout stars. With a dedicated fan base, his first three releases (Overdose, Troubled Love and Wonderful) amassed over six million streams online, and in 2016 he was announced as one of the Top 3 finalists of the MOBO Unsung Competition and named ‘Best Solo Male’ at the Unsigned Music awards. For his VOXI Unframed session, Mullaly chose to perform his favourite track, Wonderful, which can be viewed in 360˚ here*.

VOXI Unframed coincides with the launch of VOXI’s music and video Passes –  a new way for VOXI customers to enjoy a selection of their favourite music and video apps without the worry of eating into their data allowance. Those who subscribe to a Pass from now until the 15th of February will enjoy them for free for six months.

Dan Lambrou, head of VOXI says: “We want our customers to be able to use their phones in a way that suits them, and we know that streaming music and video is a key part of their mobile experience. Our new Passes will give them access to endless data on the apps that they love. We’re also really excited to be teaming up with Global to help give young, unsigned talent a springboard into the industry on The Official Vodafone Big Top 40.”

Listeners can tune in to The Official Vodafone Big Top 40, Sundays from 4pm, across 130 radio stations and online at bigtop40.com.

Here’s what customers will get with each Pass:

Regular Music Pass price is £5 and Video Pass price is £9. However, if our customers subscribe to these Passes until 15th Feb, they get to enjoy these passes for free for six months! After this six month period, customers will get charged on a monthly basis, unless they opt out.

*Best viewed on mobile – if using a computer or laptop use the W, A, S & D keys to move around to get the full video experience

About The Official Vodafone Big Top 40:

The Official Vodafone Big Top 40 is the UK’s no.1 chart show with 2.4 million listeners every week. It is presented by Marvin Humes and Kat Shoob, and produced by Global. The chart is the UK’s first real time chart show with the top 10 taken live from iTunes during the show. Listeners across the UK can tune in on Sundays from 4pm across 130 radio stations and online at bigtop40.com. Source: RAJAR / Ipsos-MORI / RSMB, period ending September 17th 2017.

Global is one of the world’s leading Media & Entertainment groups and Europe’s largest radio company.  With a portfolio of some of the largest and most respected media brands and music events, Global reaches more than 31 million people every week, including more than 25 million on the radio alone. Global is the second biggest festival company in the UK. The company headquarters is in London’s iconic Leicester Square and Global has more than 1,600 people working at 32 broadcast centres and offices around the UK, the US and in France and Germany. Ashley Tabor OBE is Founder & Executive President, Stephen Miron is Group CEO, Richard Park is Group Executive Director & Director of Broadcasting and Lord Allen is Chairman. Tabor created Global in 2007.