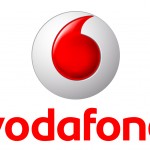 In its submission published today, Vodafone reiterates that respect for its customers’ privacy is paramount but also recognises the importance of legitimate and lawfully authorised communications surveillance in supporting the efforts of law enforcement and intelligence agencies in tackling serious crime, terrorism and threats to national security. The company stresses that if these powers are introduced by Parliament then they must be exercised within a clear legal framework that is fit for purpose, workable and subject to the rule of law.

Vodafone also makes clear that a balance needs to be struck between protecting the UK from terrorists and criminals whilst ensuring the vast majority of law abiding members of society have the right for their private information to be protected.

In its submission, Vodafone urges the Committee to closely consider four key issues as part of its review. These are:

Vodafone’s submission can be viewed in full here.

Vodafone’s Law Enforcement Disclosure Report, which details Vodafone’s approach to responding to government demands for access to customer information along with a breakdown of the legal powers governments hold, can be found at www.vodafone.com/content/index/about/sustainability/law_enforcement.html