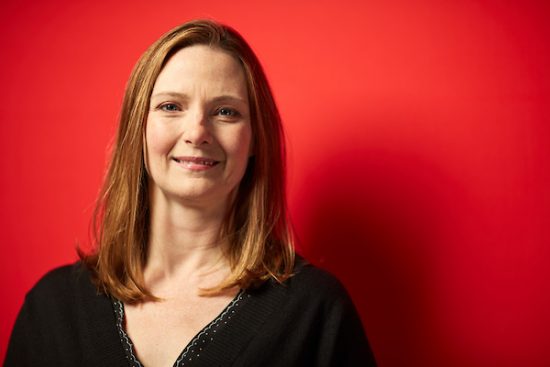 Helen Lamprell, General Counsel and Director of External Affairs of Vodafone UK, has received an OBE (Officer of the Order of the British Empire) in the New Year Honours list.

The honour is in recognition of Helen’s work in championing equality in the workplace. This includes raising awareness of vulnerable people and helping those who have raised a family, or cared for someone, to return to work.

As a member of the Women’s Business Council for the last five years, Helen has shown how businesses can drive positive change, from the empowerment of women through employment and the use of technology to the treatment of mental health in the workplace.

Helen was instrumental in the UK launch of Vodafone’s ReConnect programme in 2017. It offers networking and training to parents – mostly women who have taken time out to raise a family – and carers so that they can regain the confidence, skills and opportunities to continue their careers.  Vodafone has also partnered with the Women’s Business Council and the Government Equalities Office to publish a toolkit of best practices to help other employers set up their own returner programmes.

She has also raised awareness of the psychological and financial damage that domestic violence can have on employees, and promoted a project with Mencap to help people with learning difficulties become more independent through the use of digital technology.

Vodafone UK Chief Executive Officer Nick Jeffery said: “Helen has worked tirelessly to implement programmes at Vodafone to help people, in particular woman, return to work. Businesses can ill afford to ignore the difficulties and the financial penalties imposed on people who for good reasons need to take extended maternity leave or time off to care for someone. I am extremely proud that Helen’s achievements in redressing these imbalances have been recognised with this honour.”

Helen commented: “Typically, fewer than one in four women return to work within the first year of giving birth. Often this is not through personal choice, and the gap in their résumé leaves them at a disadvantage when applying for work. Vodafone ReConnect is not just about providing people with work after a long period of absence, it is about helping to restore that person’s confidence and financial independence. I owe my deepest gratitude to the many colleagues at Vodafone for getting this, and other diversity projects, off the ground.”

In October this year, Vodafone announced that all its employees will be offered 16 weeks of fully paid parental leave following the introduction of a new policy designed to support families by giving every parent the opportunity to have more time with children new to their family. Any employee whose partner is having a baby, adopts a child or becomes a parent through surrogacy will have the flexibility to take up to 16 weeks paid leave at any time during the first 18 months.

At the same, Vodafone published research compiled by YouGov with feedback from 2,000 senior decision makers from FTSE 350 companies which revealed that mentorship schemes and role models are key to having a more diverse leadership group.

A key finding of the report showed that companies that have reached 30% or above of women in senior leadership roles are more likely to foster ambition, with 27% of senior leaders actively mentoring others, and 17% looking for opportunities to “sponsor” more junior employees within their organisation. This is compared to companies that are under target, where just 14% of staff are mentors for others.

Vodafone UK has 36% of senior leadership roles filled by women with the target to reach 40% by 2030.