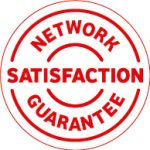 New barring technology installed across Vodafone’s UK mobile network means it is now able to block bulk nuisance and scam calls from entering its network in a move which will significantly reduce distress for customers, it was announced today.

The new technology means Vodafone can block hundreds of thousands of nuisance and fraudulent calls, such as false PPI offers, missed call scams, or expensive numbers to ring for bogus offers and prizes at source before they get through to customers. The customer does not need to do anything and will be unaware a call has been blocked since the system works discreetly.

Under the previous system, Vodafone could block customers from unintentionally returning a call to a fraudulent number but it was not possible to prevent them receiving the nuisance call in the first place.

While customers may still receive some unwanted calls, Vodafone can now dramatically reduce the volume of nuisance and fraudulent calls terminating on its network. During tests of the new system, Vodafone was able to block more than 425,000 nuisance and scam calls in one day alone. Over that week, the number of nuisance call attempts against its customers dropped to under a thousand as the perpetrators realised their calls could not enter the Vodafone network.

Nuisance calls are typically generated from dialer machines capable of making thousands of simultaneous call attempts per second to vast quantities of mobile numbers across the industry. Often these calls will be made by sophisticated criminal gangs giving false and misleading company names and offering bogus rewards or incentives to trick the recipient into returning a call.

Head of Corporate Security for Vodafone UK, Mark Hughes said: “Fraudulent calls are a scourge on society, inflicting great anxiety for victims. The protection of our customers is paramount and we have been investing heavily in our network and technology to help stamp out this practice. We will continue to evolve the technology as well as work with industry bodies and the regulator to ensure we keep one step ahead of criminals.”

In addition to blocking fraudulent calls, Vodafone UK also runs a nuisance call bureau to work with customers to prevent unwanted or threatening calls. The company is also a member of the Internet Watch Foundation (IWF), which closes down illegal web sites.