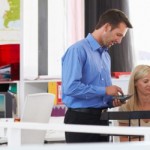 As Britain’s business population grows year on year, Vodafone is putting itself at the heart of business communities with a regional roll-out of its services from today. Vodafone will be organising its business account management, customer services and network teams regionally to ensure it is better able to service its customers where they operate.

Since 2000, the number of businesses in the UK has increased each year, by an average of three per cent. In 2015, there were 1.9 million more companies than in 2000, an increase of 55 per cent over the whole period[1].  Last year alone, businesses employed more than 25 million people and generated over £3.7 trillion in turnover[2]  across a wide range of industries with Professional Services and Retail together accounting for a quarter of all UK organisations and Construction representing 10 per cent.[3]

To support the UK’s dynamic business landscape, Vodafone UK is stationing dedicated teams of its business specialists in towns and cities across the country. The teams, headed up by Vodafone’s Head of Regional Business, Dave Langhorn, will provide grass roots support, based on local knowledge and Vodafone’s national footprint, to companies and local public sector organisations across the UK. Vodafone also plans to work with local business by facilitating networking and business skills events in Vodafone’s high street stores and partnering with local industry and trade bodies.

Phil Mottram, Vodafone UK Enterprise Director, said: “We’re changing how we do business, putting more of our people where our customers are and where they run their businesses. We know that being able to respond quickly to our customers and being available when needed, is really important to organisations of all sizes up and down the country. Our new approach will enable us to do this better than ever before and see specialist business advisers and support teams becoming an integral part of local business communities across the private and public sector.”

The move follows the company’s £2 billion investment in its network and services over the last two years, the expansion of its retail footprint to more than 500 high street stores and an investment of around £25 million in its key office locations last year, including Manchester and Glasgow. The investments are part of Vodafone’s ongoing strategy to align its people, products and services, technology and network with what customers need to run and grow their businesses.

Having a partner or supplier on their doorstep is something businesses up and down the country see as a benefit, as research conducted by YouGov on behalf of Vodafone UK has highlighted. Some 44 per cent of business leaders said a company with a strong local presence can offer a better service than those that don’t, with 60 per cent saying this would be because they understand what it means to do business in their area. Furthermore, 50 per cent of business leaders say having regular contact with businesses in their area or being able to respond to queries quickly is a big upside of big businesses going local.

It was the launch of a highly successful pilot programme in Leeds last year, and the subsequent success of the deployment of regional teams with local knowledge to support smaller businesses across the UK, which led the company to identify and acknowledge the importance of going local when it comes to doing business.

“That pilot saw customer satisfaction rates significantly increase,” added Phil. “We were able to get to know our customers even better, and run or support events within local business communities. This move to work with SMEs, mid-sized and even larger businesses, as well as local public sector organisations within a defined local area, will see us become more responsive and help us to transform the relationship we have with our customers and enable us to become a trusted, local partner.”

To complement the new regional teams, Vodafone has also created a dedicated Major Business team which will operate across the UK. This team will support and service the UK’s largest firms with a nationwide presence, as well as the public sector’s Central Government and Defence and Security organisations and departments.

Vodafone UK has created new ‘regions’, or key areas, to better serve SME, mid-sized and larger companies as well as local government, health, blue light and education organisations in the public sector that are based in the areas across the UK namely: