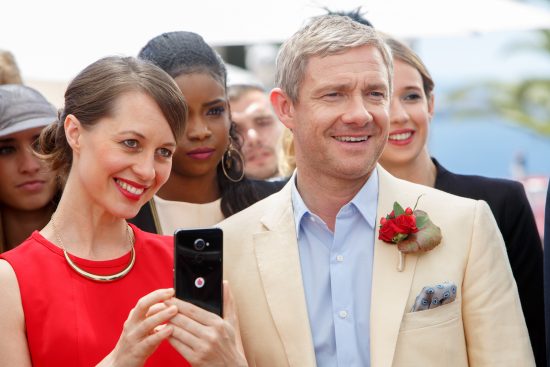 Fronted by much-loved actor Martin Freeman, the short film is a nod to Vodafone’s commitment to keeping customers connected wherever they are in the world.

DEBUT FILM SHINES A LIGHT ON KEEPING CUSTOMERS CONNECTED IN THOSE SPECIAL MOMENTS, NO MATTER WHERE THEY ARE

Today, Vodafone & WPP Team Red (O&M London & MEC) debut their first integrated brand campaign since announcing their partnership in January of this year. Fronted by much-loved British actor Martin Freeman, the short film is a nod to Vodafone’s commitment to keeping customers connected wherever they are in the world, highlighting the brand’s recent abolishment of roaming charges in 50 destinations.

Created by O&M London, the TV spot was shot by one of advertising’s most renowned Directors, & the James Bond titles designer, Daniel Kleinman. Filmed on location in Pollensa Majorca, the private island of La Fortaleza stretches across 25,000 square feet of manicured gardens & was recently used to film the BBC’s ‘Night Manager’ series.

The TV spot places connectivity at the center of the brand story, with a light-hearted take on one man’s bid to unsuccessfully help out a friend. We follow Freeman’s character ‘Mr Interruption’ as he attends a wedding on the island’s resort – what unravels from here is a comical run of events which land Freeman in an awkward situation, having interrupted the couple’s first dance with a humorous outcome.

A follow up film called ‘The Excuse’ will air across Vodafone UK’s social channels on Friday 26th May, and gives viewers a more in-depth look at Freeman’s comical take on the event that took place at the wedding in the original TV spot.

The new integrated campaign showcases one of the UK’s most loved brands in a quintessentially British light, with a series of short films that show Vodafone’s willingness to remove the long standing issues that get in the way of us connecting.

The integrated campaign launches this Friday at 8:45 PM on ITV during Coronation Street, and will feature ATL, social, radio, press & digital executions. The films will be available to watch online via Vodafone’s YouTube Channel as of Friday 26th May.

Bilge Ciftci, Head of Brand, Vodafone UK: “We are very excited about the launch of our new campaign with Martin Freeman.  The central message of the campaign demonstrates how we are removing any barriers that stop people from connecting and communicating in a way that suits them.  The character – Mr Interruption enables us to show this, in a light hearted and humorous manner.”

In January 2016, Ogilvy & Mather moved to the iconic Sea Containers on the South Bank at the heart of the ‘creative mile’, an area that celebrates culture, creativity and collaboration. For more information, visit http://www.ogilvy.co.uk/