VODAFONE UK CALLS FOR ACCESS TO 1,000 NEW SITES IN LONDON AS IT RECORDS ITS BEST EVER PERFORMANCE IN THE CAPITAL 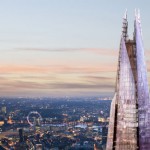 Vodafone would like access to at least 1,000 more sites in London to meet the soaring demand for high-speed mobile data, with usage growth of 76% in the last year, by installing new ultra-fast fibre optic links as well as the latest 4G antennas using Vodafone’s superior low-frequency radio spectrum. According to Vodafone research, London has only 2.5 mobile phone antennas per kilometre – which are largely installed on the roof of buildings – compared to Madrid, which has 6.3 per kilometre.

Vodafone is already spending around £200 million in London over 2014 and 2015 and has provided 99% 4G population coverage. It would now like to make further improvements to ensure long-term capacity requirements are met for customers and visitors but it is hampered by outdated planning laws and obstructions to gaining access to key sites such as council offices and libraries.

Vodafone UK’s chief technology officer, Jorge Fernandes, said: “Londoners are the UK’s biggest consumers of mobile data with around 90 terabytes used every day which is equal to streaming nearly 23 million average length songs.  Today, we call on local councils to open their roof-tops to allow us to make London’s digital network infrastructure world-class. We are committed to the largest ever investment in London in our 30-year history and we need their help. We want to further extend our coverage indoors and out as well as ensure ample capacity to support London for the next twenty years.”

In the last year alone, Vodafone has conducted thousands of site searches, and built and upgraded around 460 sites with 4G in key locations, including the Shard and other landmark buildings, major train stations, shopping centres and sporting stadia.

Vodafone’s network investment to date is already benefitting customers in the city, a fact endorsed by the latest results from P3 – a leading independent technology consultancy. In addition to blanket 4G outdoor coverage, Vodafone has introduced High Definition (HD) Voice, WiFi Calling technology and installed 4G+ technology in more than 120 of the busiest areas in London.

Vodafone is also developing new ways to extend the depth and reach of the network such as deploying the latest small ‘pico’ cells – a miniature mobile base station – in bus stops, lamp-posts, billboards and chimneys. In addition, Vodafone has also modernised and refitted nearly 75 of its own stores with the latest technology, recently announced new concessions in Harrods and John Lewis and introduced a mobile payment system, called Vodafone SmartPass, on London transport services.