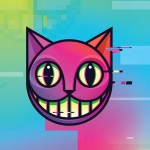 Vodafone UK is proud to announce that it is to support the upcoming National Theatre production, wonder.land, as headline sponsor.

Vodafone UK is proud to announce that it is to support the upcoming National Theatre production, wonder.land, as headline sponsor. The musical, which combines live theatre, digital technology, stunning sets & costumes, innovative video projection and a score by Blur’s Damon Albarn, is a coming-of-age adventure that explores the blurred boundaries between our online and offline lives.

The musical’s main protagonist, Aly, is struggling with all the pressures of being a teenager: family, school, friends and her own insecurities. Then she discovers wonder.land – a mysterious online world where, perhaps, she can create a whole new life. The web becomes her looking-glass – but will Aly see who she really is?

Through the partnership, Vodafone will work with the National Theatre to amplify the theatrical experience, building on some of the key themes and making them bigger than ever.  The general public will be able to get involved with the performance using mobile technology and innovation bringing the musical to life beyond the stage and creating their own wonder.land.

Rufus Norris, Director of the National Theatre said: “We’re thrilled to welcome Vodafone as sponsor for wonder.land. This exciting and unique partnership will give our audiences a chance to experience the magical world of wonderland for themselves. There’s also a strong connection between some of the themes of wonder.land and Vodafone’s approach to the digital world which gives real depth to our partnership, and we are delighted to be working with them in this way.”

Cindy Rose, Consumer Director at Vodafone UK said: “Not only is wonder.land an amazing production, but it highlights some really important issues which are particularly relevant for many teens today, such as the positive and negative impacts of today’s digital world, whether it’s the ability to keep in touch with friends and family more closely or cyber bullying. The responsible use of digital is something we’ve been championing for many years and we’re delighted to be able to support such an innovative production and build on the experience beyond the stage.”

The sponsorship of wonder.land extends the efforts Vodafone has made over many years to highlight the benefits and pitfalls of the internet.  Vodafone recently published the fourth edition of its Digital Parenting magazine which is full of tips on how to help kids stay connected safely and manage their screen time constructively. Vodafone also recently announced the #BeStrong anti-cyber bullying emoji initiative the creation of a suite of ‘support emojis’ to raise awareness of the importance of conveying compassion, sympathy and support when friends are being bullied online.

wonder.land will be playing at the National Theatre from 23 November. For more information and to book tickets visit www.nationaltheatre.org.uk.

The latest issue of the Digital Parenting magazine can be viewed here: http://vodafonedigitalparenting.co.uk/