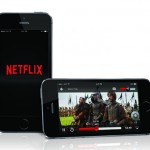 Vodafone UK has renewed its mobile operator partnership with Netflix, the world’s leading Internet TV network. The partnership, which will see Vodafone customers get up to a year’s access to Netflix, launches today and is available online, through telesales and in store.

Vodafone UK has renewed its mobile operator partnership with Netflix, the world’s leading Internet TV network.  The partnership, which will see Vodafone customers get up to a year’s access to Netflix, launches today and is available online, through telesales and in store.

Customers taking Vodafone Red Value, SIM Only or Red + Sharer Bundles can stream TV shows and movies instantly as part of the Netflix two screen plan worth £7.49 per month.  Viewers will have access to endless romance, sci-fi and comedy with even a special section for kids. From Marvel’s Daredevil, House of Cards and Orange Is The New Black to The Adventures of Puss in Boots, there’s plenty of drama, adventure and giggles to go around for the whole family.

Cindy Rose, Consumer Director, Vodafone UK said, “ We are delighted to once again offer Netflix to our Red Value Bundle customers, as we had brilliant customer feedback from those who took Netflix as part of our previous partnership.  Thanks to our partnership with Netflix and our strong and ever-expanding 4G network, our customers can be out and about and still catch-up with their favourite films or TV shows. Our 4G customers are using four times more data than those on 3G, which shows how popular services such as Netflix are with our 4G customers.”

Viewing isn’t just limited to a Vodafone mobile device. Customers who sign up for the streaming service can sign in to Netflix on their computer, smart TV, tablet or other connected devices meaning they can watch Netflix virtually anywhere.  In fact, wherever there’s the right screen and the internet, they can have all their favourite TV shows and movies.

Vodafone is spending around £2 billion on its network and services across the country over 2014 and 2015 and has now expanded its ultrafast 4G coverage to 626 cities, towns and districts as well as thousands of smaller communities across the UK.

Netflix: Activation codes expire 9th June 2016. Offer has a cash value of £44.94 (6-month offer) or £89.88 (12- month offer); which is the current equivalent of 6 or 12 months of the standard 2 stream Netflix service subscription (2 streams, HD quality which is currently priced at £7.49 per month). For existing Netflix users, the value of the promotion will be credited to their existing plan. Limit of one promotion will be applied towards each monthly membership fee for your Netflix account. For details, please visit www.netflix.com