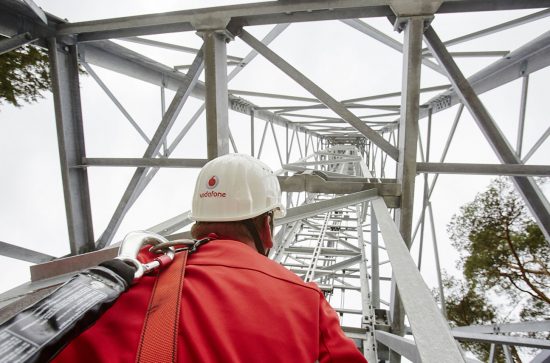 Vodafone UK today publishes its submission to Ofcom’s Digital Communications Review. It states the case that incremental tweaks to regulation will not address the issues undermining the ability of the UK to compete with the rest of the world. The submission urges Ofcom to take bold structural steps to create a sustainable long-term market for the benefit of all UK consumers and businesses, including:

The submission considers that the UK telecommunications market is worth over £37bn, delivers fixed broadband to 23m premises and currently has over 80m active connected mobile devices. Investment in 4G mobile networks is driving choice and innovation for the benefit of UK consumers and the whole economy. In the last year, Vodafone alone invested around £1bn in its networks and services, and extended its 4G coverage to 74.5% of the UK population.

The submission also contrasts the dynamic competition which can be found in the UK mobile market with the current state of the fixed broadband market: Ofcom historically encouraged multiple operators to invest in fixed broadband creating sustainable competition between them based on that deep investment and control over the services each provided to their customers. Since the start of its Fibre to the Cabinet roll out, longer-term competition has been undermined by the regulatory freedom given to BT. This is curtailing innovation in the retail broadband market and limiting customer choice to the products designed and offered by Openreach.

Vodafone believes that such a situation was not envisaged when Openreach was established in 2005 and it demonstrates starkly that the current regulatory model no longer works.

Vodafone’s own experience in other countries also demonstrates that multi-operator investment in fibre networks benefits customers. Today, Vodafone is:

In addition to bringing customers a faster, future-proof service at lower prices than the UK, these developments mean Vodafone can deliver a superior service. For instance, in Spain and Portugal, where it delivers services over its own networks rather than via that of the incumbent, Vodafone can get customers connected twice as quickly, has 50% fewer service incidents and can fix 87% of those incidents within 24 hours.

The submission also explains that, with the advent of new fibre networks, technology no longer define the service a customer receives. Instead services such as pay TV can be provided over a variety of platforms whether satellite, cable, fixed or mobile broadband. As consumers are increasingly attracted to bundled offers of TV, broadband, fixed and mobile voice services, the control of that exclusive content will increasingly steer their overall purchasing decisions. Therefore, exclusive ‘must have’ content is no longer just a TV issue, but impacts across the whole of the telecommunications and TV market.

Vodafone does not believe that incremental tweaks to regulation can address these issues. It urges Ofcom to take bold structural steps to create a sustainable long-term market for the benefit of all UK consumers and businesses.