Vodafone joins up with Microsoft 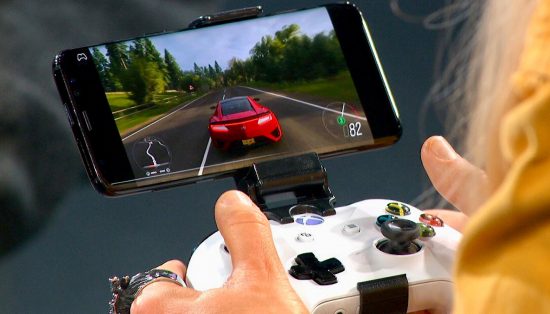 Vodafone has partnered with Microsoft to help shape the future of mobile game streaming. The two companies have entered a technical partnership to optimise the technology for gamers in the UK. Vodafone customers have the opportunity to be amongst the first to preview Project xCloud, Microsoft’s new game streaming technology, if they sign up.

Project xCloud will enable true ‘gaming on the go’ so players can enjoy some of their favourite Xbox console games on their smartphone or tablet. Vodafone’s 5G network is perfect for game streaming and will allow players to have the ultimate gaming experience on the go.

Vodafone is the first network in the UK to collaborate with Microsoft to improve Project xCloud’s performance on its network. The trials will begin in October 2019 and Vodafone customers have an opportunity to be amongst the first to try it by registering for the preview. They can register and Microsoft will send out invites in the coming weeks. Those customers selected to take part will be the first to help optimise the cloud gaming experience on Vodafone’s 5G and 4G networks, and enjoy some of Xbox’s most popular games including Gears 5, Halo 5: Guardians and Sea of Thieves. A critical component of these trials is to better understand how the technology will work on mobile networks, and to understand how 5G and 4G networks can best support gamers.

Participants will need the following to take part – a phone or tablet running Android 6.0 or higher and Bluetooth 4.0, a Microsoft account and a Bluetooth-enabled Xbox One wireless controller. A phone mount for the controller is also recommended.

Vodafone joins up with Microsoft