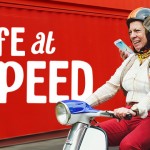 Vodafone UK has announced a major network investment across Coventry, bringing stronger indoor and outdoor coverage and mobile internet services across its 3G and 4G networks. The multi-million pound investment across the city will extend 3G and 4G mobile coverage to more than 98% of Coventry’s population.

As a consequence of the network improvements already undertaken by Vodafone over the last year, mobile data traffic in Coventry has already rocketed. Customers in the city on average are now collectively using nearly two and a half terabytes of data every day, which equates to the entire capacity of the Ricoh Arena all streaming The Specials complete album. This also includes a major data spike, equivalent to 6,400 additional hours of web browsing, on the day of the recent Wasps vs Northampton Saints rugby match.

The upgrade forms part of Vodafone’s approximate £1 billion nationwide network and service investment this year with a similar amount having been invested in 2014.  This investment is already benefitting customers in Coventry, a fact endorsed by results from independent technology consultancy LCC, which show that Vodafone has unbeatable indoor and outdoor 4G coverage in the town**. In light of this, 4G data usage in Coventry is now growing month on month and has nearly doubled since this time last year.

In addition, the recent strengthening of our 3G network across the city has already provided greater coverage, High Definition (HD) Voice technology for voice calls and faster mobile internet services to more consumers and businesses.

A snapshot of Vodafone in Coventry: