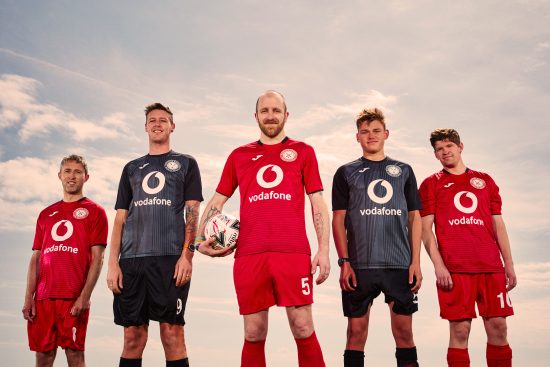 Vodafone is extending its high speed 5G network to the Isles of Scilly from 3 July 2019 when the service goes live across the UK.

At launch, both consumers and business customers will be able to receive 5G in seven cities across the UK as well as the Isles of Scilly. An additional 12 towns and cities will receive 5G during the year, and in a world first, Vodafone will offer customers 5G roaming over the summer.

For the Isles of Scilly, which lie 45 kilometres off the coast of Cornwall, 5G’s much higher speeds and quick response times will help boost tourism by enabling local businesses to show high-definition videos and 3D-images of the islands’ attractions to a worldwide online audience without buffering or delay. 5G will also allow schools and the health centre to gain instant access to vital online services usually only available to people on the UK mainland.

Vodafone underlined its commitment to the Isles of Scilly by today signing a two-year 5G sponsorship agreement with St Mary’s Association Football Club. The club manages the Isles of Scilly football league – the smallest in the world – and is a prominent focus for the local community. The league comprises just two teams, Garrison Gunners and Woolpack Wanderers, who play each other around 20 times over a season as well as a number of cup competitions.

The Isles of Scilly League will not only become the world’s first 5G-connected league, it will also see the launch of the first ever crowdsourced fan-assisted referee (FAR) system later this year. In addition to live streaming key league games over 5G for the forthcoming season starting in October 2019, Vodafone will also connect supporters elsewhere on the island so they can instantly have a say on key decisions during a game via their mobile phones.

5G’s unique characteristics will allow anyone with a compatible smartphone to become a remote assistant referee. Whether they are socialising at the local Scillonian Club, broadcasting live on air with Radio Scilly or on a boat in the harbour, locals who are not pitch-side can review disputed penalties, goals or red cards and deliver their verdict instantly back to the match official.

Vodafone UK Chief Technology Officer Scott Petty said: “5G is a game-changer for the Isles of Scilly as it will provide the local community with much improved access to important online services. I’m also delighted that Vodafone is teaming up with the local football club, which brings people together, and by combining it with our technology, we can promote this wonderful archipelago on the world stage.”

Chairman of the Isles of Scilly Football League Anthony ‘Gibbo’ Gibbons said: “This is a big deal not just for the league, but for everyone. We are delighted that this long-term partnership respects the heritage of the league yet brings it into the 21st century. The teams are buzzing over their new kits and are looking forward to playing in front of bigger crowds online. Above all, the improved communications will hopefully help stem the flow of young people leaving the island permanently and attract more visitors.”

NOTE TO EDITORS
Vodafone already has a close association with the Isles of Scilly having launched 4G on St Mary’s in 2016 as part of its rural rollout of the technology. Earlier this year, Vodafone tested 5G working at high speeds in Hugh Town, the island’s administrative centre, and across the football pitch two kilometres away from the only mast on the island.

Under this new partnership, Vodafone is not only helping to redesign St Mary’s Association Football Club’s team shirts, it is also working with the league to develop a new identity to appeal to a wider audience. This includes a revamped social media presence, improvements to the clubhouse facilities and plans for a number of local community and educational events throughout the year. In addition, the players for both teams can use 5G for special augmented reality fitness apps giving them virtual access to the best gym exercises as well as tactical online tools to rival those of leading European clubs.