British homes contain more than £20 billion worth of unused technology - including old smartphones, laptops and tablets - according to new research from Vodafone.

British homes contain more than £20 billion worth of unused technology – including old smartphones, laptops and tablets – according to new research from Vodafone.

The study found that the average home has old tech worth approximately £813.90 lying around in drawers, cupboards and on shelves. This equates to unused devices worth £20 billion, across the 26.3 million households in the country with access to connectivity.

And with one-in-three people expecting to receive at least one tech gift this Christmas, and thousands expected to hit the Boxing Day sales to buy themselves new gadgets, these numbers are set to rise.

Vodafone has launched its ‘ReBoxing Day’ campaign, to encourage the UK to donate its old tech and return Boxing Day to its original purpose – a day of giving. 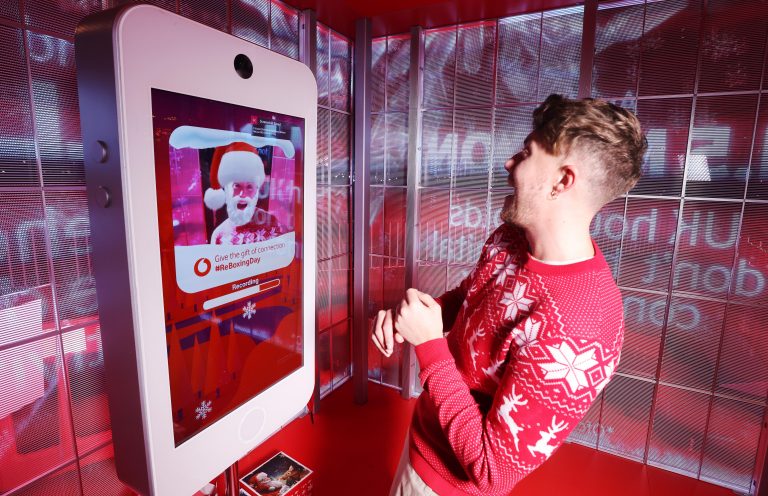 Max Taylor, Consumer Director, Vodafone UK, said: “With so much of modern life centred around technology, those who do not have access to it risk getting left behind. Most people have old devices tucked away at home that they know they will never use again.

“That’s why this Christmas we are calling on the British public to help us tackle digital poverty by donating their old devices. Anyone can donate an old device – you don’t have to be a Vodafone customer to take part. We’ll then add six months of free data, calls and texts and gift your old device to those who need them the most.”

Members of the public can visit a special interactive ReBoxing Day experience on London’s Southbank, open from 3 December until 5 December, where they can pledge to donate an old tech device. They will be sent a pre-paid donation bag which they can drop into any Vodafone store or pop in the post.

Barnardo’s Interim Co-CEO Michelle Lee-Izu said: “Many vulnerable children who don’t have access to devices or affordable internet access face huge barriers in accessing education and vital support services. At Barnardo’s, we support some of the UK’s most vulnerable children, and are working with Vodafone to support children and families living in digital poverty.

“As some people upgrade their digital devices this Christmas, we are asking them to consider donating any pre-loved devices to our Great British Tech Appeal so we can get much-needed technology into the hands of disadvantaged children.”

Radio host and TV presenter Roman Kemp, who is supporting the campaign, commented: “Most of us take for granted the ability to connect to one another. The role that devices and connectivity play in all our lives is huge; facilitating everyday tasks such as working, education and simply staying connected with friends and family. I definitely underestimated the number of people up and down the country living without the devices and connectivity they need.

“This Christmas I would urge everyone to search through their drawers and donate their old devices. I’ve made my pledge to donate and it’s a great feeling knowing that soon my unused phone could be making a difference to someone’s life.”

Families and households in the UK – Office for National Statistics (ons.gov.uk)

Digital divide narrowed by the pandemic, but around 1.5m homes remain offline – Ofcom

Vodafone has a range of projects underway to tackle digital exclusion and connect one million people by the end of 2022 as part of its everyone.connected initiative.

Give the gift of connection this Christmas

How everyone.connected is tackling digital exclusion