THE XPERIA™ Z5 – MADE FOR BOND, EXCLUSIVELY AVAILABLE FROM VODAFONE UK 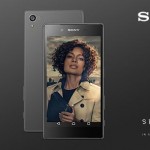 Vodafone and Sony have joined forces to bring customers James Bond’s latest exclusive phone – Sony’s Xperia Z5 in black – just in time for 007’s latest adventures in ‘SPECTRE’ launching in the UK on 26th October. To support the launch of the Sony Xperia Z5, Naomie Harris who plays  Moneypenny in SPECTRE will feature in Vodafone’s marketing campaign.   The plot for the 24th Bond movie remains firmly undercover, but details of the new phone have just been declassified.

Step into a world of covert missions and live life in the fast lane – just pre-order the device exclusively from Vodafone’s online store from 16th September, 2015.  The ‘Bond Phone’ comes equipped with SPECTRE themes, screensavers and an exclusive Moneypenny vlog – all downloadable via Xperia Lounge. . With everything from a sharp 23MP camera and 5.2 inch crystal clear HD display to a top of the range fingerprint scanner, Sony’s not left anything to chance. We’ve armed the waterproof* phone with everything you need to keep one step ahead of your friends… and your enemies!.

Pre-ordering the Bond Phone gives you the opportunity to enter into a prize draw to win one of 50 Aston Martin Experience days where you could spend the day putting a range of iconic Aston Martins through their paces at Millbrook’s legendary testing tracks. Customers who pre-order the Bond Phone on a Red Value 4GB Bundle or bigger  will also be given the option to buy the high-speed, high-quality splashproof AZ1 Action Cam by Sony for just £49, saving £200 on the original RRP of £249 –  allowing them to capture the action from any special mission.

Special agents on Vodafone’s Red Value 4GB Bundle or bigger (from £49) will also be able to be enjoy one of Vodafone’s TV, music and sport 4G content partners

*The Xperia Z5 is waterproof and protected against dust, so don’t worry if you get caught in the rain or want to wash off dirt under a tap, but remember: all ports and attached covers should be firmly closed. You should not put the device completely underwater or expose it to seawater, salt water, chlorinated water or liquids such as drinks. Abuse and improper use of device will invalidate warranty. The device has Ingress Protection rating IP65/68. For more info seewww.sonymobile.com/waterproof. Note the Xperia™ has a capless USB port to connect and charge. The USB port needs to be completely dry before charging.

A cryptic message from the past sends James Bond (Daniel Craig) on a rogue mission to Mexico City and eventually Rome, where he meets Lucia Sciarra (Monica Bellucci), the beautiful and forbidden widow of an infamous criminal.  Bond infiltrates a secret meeting and uncovers the existence of the sinister organisation known as SPECTRE.

Meanwhile back in London, Max Denbigh (Andrew Scott), the new head of the Centre for National Security, questions Bond’s actions and challenges the relevance of MI6, led by M (Ralph Fiennes). Bond covertly enlists Moneypenny (Naomie Harris) and Q (Ben Whishaw) to help him seek out Madeleine Swann (Léa Seydoux), the daughter of his old nemesis Mr White (Jesper Christensen), who may hold the clue to untangling the web of SPECTRE. As the daughter of an assassin, she understands Bond in a way most others cannot.

As Bond ventures towards the heart of SPECTRE, he learns of a chilling connection between himself and the enemy he seeks, played by Christoph Waltz.

EON Productions Limited and Danjaq LLC are wholly owned and controlled by the Broccoli/Wilson family. Danjaq is the US based company that co-owns, with Metro-Goldwyn-Mayer Studios, the copyright in the existing James Bond films and controls the right to produce future James Bond films as well as all worldwide merchandising. EON Productions, an affiliate of Danjaq, is the UK based production company which makes the James Bond films. The 007 franchise is the longest running in film history with twenty-three films produced since 1962.  Michael G Wilson and Barbara Broccoli succeeded Albert R ‘Cubby’ Broccoli and have produced some of the most successful Bond films ever including CASINO ROYALE, QUANTUM OF SOLACE and SKYFALL. The 24th film, SPECTRE, is currently in post-production.

For queries relating to the UK release of SPECTRE, please contact Press_office@spe.sony.com