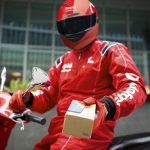 The loss in potential revenue to a UK small business of not having access to their mobile phones for even one day could be as much as £12k*, new research for Vodafone UK has revealed.

The loss in potential revenue to a UK small business of not having access to their mobile phones for even one day could be as much as £12k*, new research for Vodafone UK has revealed. The research was commissioned to highlight the benefits of Vodafone Rapid, a new service which promises to get replacement phones into the hands of small businesses across the UK** within four hours of an approved insurance claim being made.

In a poll conducted by YouGov surveying more than 1,000 GB small businesses with up to nine employees, their senior decision makers estimate on average they would miss out on almost four new business opportunities in a working day when their work mobile is out of action. With the average opportunity valued at more than £3k, this means each business faces a potential loss of around £12k worth of new work each day they are phoneless. Losing potential revenues on this scale would have a significant impact on the bottom line of the UK’s millions of small businesses as well as delivering a blow to the UK economy.

To help get businesses back up and running as quickly as possible when their mobile is lost, stolen or damaged, Vodafone UK is launching Vodafone Rapid, a new service to get replacement phones into the hands of small businesses within four hours of an approved  claim being made on an existing insurance policy. Furthermore, for every hour beyond the four hours Vodafone will give a small business £10 (up to a maximum of £40). In what will be a first for the UK, the new service will see mobiles delivered by dedicated scooters in London and by courier to addresses across the rest of the country.

With  a whopping two-thirds (67 per cent) of small business owners and employees surveyed claiming their mobile phone is vital to the running of their organisation, losing a work mobile or finding it damaged or out of action could lead to major opportunity loss for UK businesses. One in five (20 per cent) respondents has had their phone lost, stolen or damaged rendering it unusable for business and yet, despite the importance businesses place on their work phone, more than half (55 per cent) don’t have business phone insurance.

Phil Mottram, Enterprise Director at Vodafone UK, said: “When the potential loss of new business opportunities equates to billions of pounds for small businesses country-wide, and more importantly could mean that a small business misses out on that vital call, it’s business critical to get replacement phones into the hands of business owners as quickly as possible when they find their mobile is lost, stolen or damaged. This is where Vodafone Rapid comes in – getting the country’s small business population back up and running with a replacement phone within just four hours.”

Vodafone Rapid is the new feature of Business Premier*** – Vodafone UK’s existing tariff for small businesses with up to nine employees, and will be available to larger small and medium sized businesses in the coming months. Other features of the Business Premier tariff include Prime Contact – providing a named contact person at Vodafone for a small business – and Worry-free Roaming for doing business abroad. The survey showed that 59 per cent of small business owners and employees said having a named person they can turn to with any queries about their mobile service would be helpful, while a third said they turned off data roaming as soon as they leave the country to avoid any unnecessary charges.

Find out more about Vodafone Rapid at vodafone.co.uk/rapid

Vodafone Rapid ensures a business is back up and running as soon as possible if their mobile phone is accidentally damaged, lost or stolen or has broken down and is out of warranty. With Vodafone Rapid, small business customers who have the service will receive a replacement phone within four hours, across the UK.

**There are a small number of locations that aren’t eligible for 4-hour delivery. See terms and conditions for more details.

In fact, Vodafone is so committed to keeping small businesses connected, that for every hour beyond the four hours Vodafone will give them £10, up to a maximum of £40.

***Vodafone Rapid is available on all Business Premier plans when insurance is added or is already included.

Business Premier is Vodafone’s tariff for small businesses with up to nine employees and includes unlimited UK minutes, texts and a flexible data plan. Prices start from £42 per month (ex VAT). As well as Vodafone Rapid, Business Premier also includes: