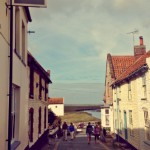 Vodafone UK has announced the beautiful rural communities of Croxton, Horning, Loddon, Salhouse, Saxthorpe, Reepham and Martham are amongst the 100 successful communities in a rural mobile not-spot location which will receive 3G coverage under its Rural Open Sure Signal 100 programme.

The communities in Norfolk announced today have until now suffered from unreliable mobile coverage and slow network speeds. With the installation of Vodafone’s innovative Sure Signal technology, the local community will benefit from high quality 3G voice services, and much needed access to the internet via mobile devices, contributing positively to business and everyday life. The villages will join High Kelling, Hillington, Upper Sheringham and Blakeney, which were announced earlier in the month.

The names of the second wave of communities to join the Rural Open Sure Signal 100 programme were announced today. The list now includes 60 communities from across the UK including Chillaton (Devon), Boat of Garten (Inverness-shire) Killeter (County Tyrone) and Bryneglwys (Denbighshire). Vodafone will now start working with the Village Champion in each of these communities on this initiative, with the service going live next year.

The Rural Open Sure Signal 100 programme is a national initiative by Vodafone UK to provide reliable mobile access to up to 100 rural communities in mobile not-spot locations. Launched in July 2014, with support from local MPs, councils and rural action groups, the programme has received an overwhelming response from around the country. Applications have come from island communities in rural Shetlands to rural communities in County Tyrone in Northern Ireland, picturesque villages on the south west coastline as well as along the east coast in Norfolk.

Mobile connectivity plays a vital role in keeping communities in touch and helps support local economies. However, rural and remote locations often miss out on advantages provided by modern communication tools, due to the complexity of delivering network coverage. This can be because of the geography of the area or difficulties with planning permissions in places of outstanding natural beauty. The Rural Open Sure Signal programme uses innovative ‘femtocell’ technology to provide an alternative solution to bring mobile access in locations where it isn’t possible for networks to provide coverage through traditional means.

Jeroen Hoencamp, Vodafone UK Chief Executive, said: “I am delighted for all the communities in Norfolk that have been named as seven of our 100 ROSS communities and I’m excited about the transformation this pioneering programme should bring to each of them. The communities who have worked with us to introduce Open Sure Signal have all told us how life has improved markedly, from the ability to make an appointment at the local doctor to telling their families they are running late for lunch. We are committed to investing hugely in our network and using innovative technologies such as Sure Signal to provide coverage to rural communities means we can reach areas where it’s been impossible to reach using traditional means.”

Vodafone’s Rural Open Sure Signal programme has now seen the connection of 13 rural communities across the UK, including Blakeney in Norfolk. Communities connected so far have been enjoying social media using mobile internet whilst businesses, from GPs to pubs to a mussel farmer in the Shetlands, now have mobile signal to help make their businesses work better.

As well as using Rural Open Sure Signal to plug rural “not-spots”, Vodafone is spending more than £1 billion on its network and services across the country this year, including extending its 4G coverage to 351 cities and towns and thousands of smaller communities across the UK. Vodafone has pledged to provide coverage using 2G, 3G or 4G services to 98% of the UK population*.

For more information on the programme, visit www.vodafone.co.uk/rural