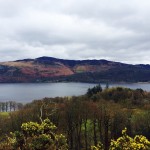 Vodafone UK has announced the beautiful communities of Bullgill, Gilcrux, Caldbeck, Hesket Newmarket, Rosthwaite and Seatoller, and Uldale as the latest places in a rural mobile not-spot location to receive 3G coverage with Vodafone’s Rural Open Sure Signal programme.

These rural communities have until now suffered from unreliable mobile coverage.  The Vodafone Rural Open Sure Signal (ROSS) programme uses Vodafone’s innovative Sure Signal technology to bring high quality 3G voice services and much needed access to the internet via mobile devices to communities in some of the UK’s most beautiful or remote areas.

The ROSS programme is a national initiative by Vodafone UK to provide reliable mobile access to up to 100 rural communities in mobile not-spot locations. Launched in July 2014, with support from local MPs, councils and rural action groups, the programme received an overwhelming response, with over 40 communities now live across the country from the Shetland Islands to Cornwall and from the mountains of Snowdonia to the Norfolk coast.

As part of the ROSS programme, Vodafone teams have now surveyed each of the 100 communities.  The surveys included physical ground assessments by Vodafone engineers as well as detailed fixed broadband speed checks. The teams have also drawn up plans for viable communities to illustrate where the equipment will be sited. The process saw some of the initial communities having their implementation postponed until their community broadband speeds and availability have improved.

Jorge Fernandes, Vodafone UK Chief Technology Officer, said: “I am delighted that these communities have joined our Rural Open Sure Signal programme. Mobile connectivity is an essential service for communities and businesses to thrive in today’s digital world and support local economies. As part of the Rural Open Sure Signal programme, we are committed to investing in our network to provide access even in remote locations where it is otherwise almost impossible to reach. The number of calls and data sessions the units are supporting every day, where there was marginal coverage previously, shows the significant benefit the technology is making to members of these communities. I am excited to see the transformation for these places in Cumbria and other communities which have been successful for this pioneering programme.”

Jamie Reed, MP for Copeland, said: “The extension of 3G coverage for rural communities is a positive step forward.  In the 21st Century, digital infrastructure is as important to our daily lives and our economic prosperity as road and rails.  To allow rural businesses to compete locally, nationally and internationally in the modern economy, internet connectivity is absolutely essential. Connecting communities and helping local businesses is absolutely vital to the rural areas in Cumbria and getting access to 3G mobile coverage is a big step towards achieving this.”

Becx Carter, Village Champion for Rosthwaite and Seatoller, commented: “Borrowdale Parish Council is very pleased to have been involved in the Rural Open Sure Signal Project which is now offering 3G phone signal to Vodafone users in Rosthwaite and Seatoller. This offers people the chance to be in regular contact with friends and relatives whilst in the area, or should anyone need it to access emergency services.”

Rory Stewart, MP for Penrith and Border commented: “This increase in 3G coverage in rural Cumbria, and particularly in Caldbeck and Hesket Newmarket, is brilliant news; part of a campaign that I have been delighted to support for a number of years now. Penrith and The Border continues to be at the very heart of vital mobile coverage developments, and these improvements will hugely benefit families, individuals and businesses to  access mobile data. There is much still to be done, and I look forward to seeing this technology spread wider and deeper in the county.”

Julian Ross, Site Provider for The Crown, Hesket Newmarket commented: “In an increasingly connected world, it is easy for people, especially in rural areas, to become isolated. Having a mobile connection helps villages like Hesket Newmarket stay in touch.”

Paul Crooks, Village champion for Uldale, commented: “Living and working in Uldale on the Caldbeck Fells we’re quite used to seeing visitors to the village walking up the hill with their mobile phones pointed skywards in the hope of picking up a signal! When Vodafone gave the village the opportunity to bring some of the 21st Century into Uldale with the Rural Open Sure Signal we jumped at the chance. We now have a Vodafone mobile service covering most of the village and perhaps we’re not seeing as many visitors holding their phones skywards!”

Jim Gordon, Village Champion for Gilcrux and Bullgill, said: “Gilcrux is a close knit community, and people were often vocal about their own frustrations of a lack of signal. When I heard about the ‘Rural Open Sure Signal’ project to connect Rural ‘not-spots’ I jumped at the chance to apply, with support from the local MP, the Parish Council, Village Hall committee, local residents and business owners. Mobile voice and 3G data connectivity in both villages has been transformed. Most residents on Vodafone have reported that they now have good coverage, and seem very happy with the solution. Rural Cumbria is often last in the queue for technological investment, so it is fantastic that we were able to benefit from this initiative.”

As well as using Rural Open Sure Signal to plug rural “not-spots”, Vodafone is investing heavily in its network and services across the country.  This includes the provision of HD (High Definition) Voice technology on its 3G network and the extension of its 4G coverage to over 800 cities and towns and thousands of smaller communities across the UK. Further communities will be announced over the few months. For more information on the programme, visit www.vodafone.co.uk/rural.