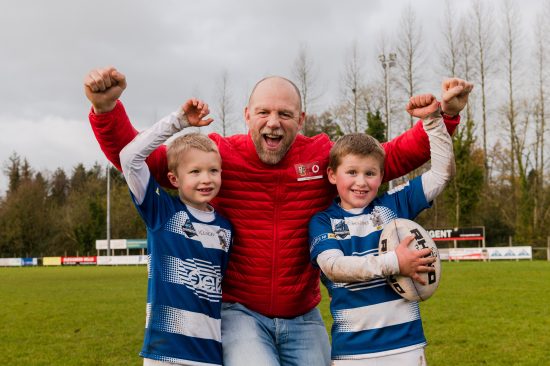 Plus, as part of Vodafone’s Lions Legacy Tour, Dungannon RFC has been provided with new video and IT technology alongside digital learning tools.

British & Irish Lions legends and former Dungannon RFC players Stephen Ferris and Tyrone Howe, proudly stepped backed onto the grounds of their former club for the first time in over 20 years on 27 November, in support of Vodafone’s Lions Legacy Tour.

Ferris and Howe were joined by current Irish rugby union player Gill Bourke and The Good, The Bad & The Rugby’s James Haskell, Mike Tindall and Alex Payne and over 1,000 people from the local community for a day of pitch-side fun and festivities. All helping to raise an impressive £12,500 for the Ulster club.

These funds, along with technology kit and digital learning tools provided by Vodafone, will help the club run more efficiently and become financially sustainable.

The highlight of the day was a 24-7 victory for Dungannon Women over Lisburn. Loughborough Lightning star Gill Bourke led the warm-up, while Haskell and Payne commented live throughout the match.

The win was the perfect way to celebrate Dungannon’s appointment of their first female chair, Cheryl Wilson. Vodafone also donated Dungannon’s first-ever captain’s board for the women’s team, which will hang in the clubhouse alongside the men’s.

Colleen McCance, who played at 8 for Dungannon Women, said of Gill’s impact on the warm-up; “Gill showed us some things that we’ve been trying to instil in our own game for a while, but some of the tricks she showed us were just a different calibre. We’re all very competitive. But she showed us how to bring some of the fun into it as well, which helped relax the girls and was exactly what we needed.

“Having someone like that to look up to is fantastic, it really made our day and will have a huge impact on our game moving forwards.” 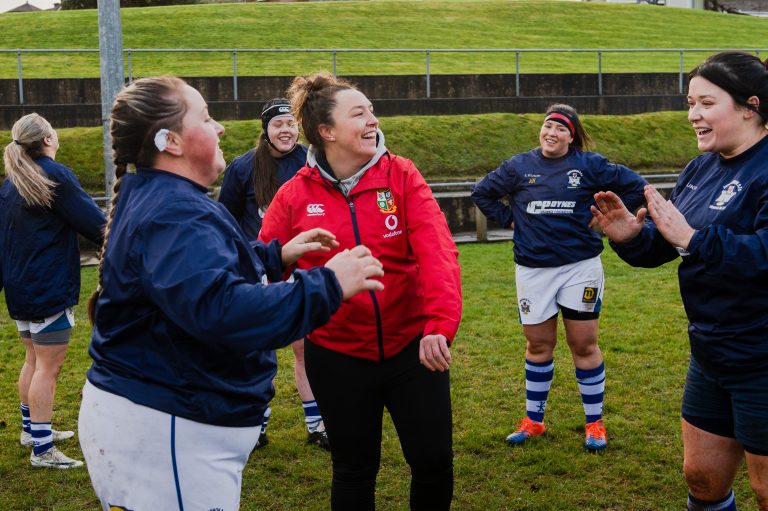 There was also excitement for the men’s team, as 2003 World Cup winner Mike Tindall pulled on the Dungannon jersey to join them for the match against Omagh. The friendly ended in defeat for the home side, but it was a moment none of the players will forget.

Cheryl Wilson, Dungannon RFC’s Chair Person for Rugby, was excited to see the club full of life again; “It was fantastic to see the club full of buzz – you could sense a new wave of energy and hope flood the clubhouse. We cannot wait to take all this energy, what we’ve learnt and the money we’ve raised and push our club to fulfil its potential”. 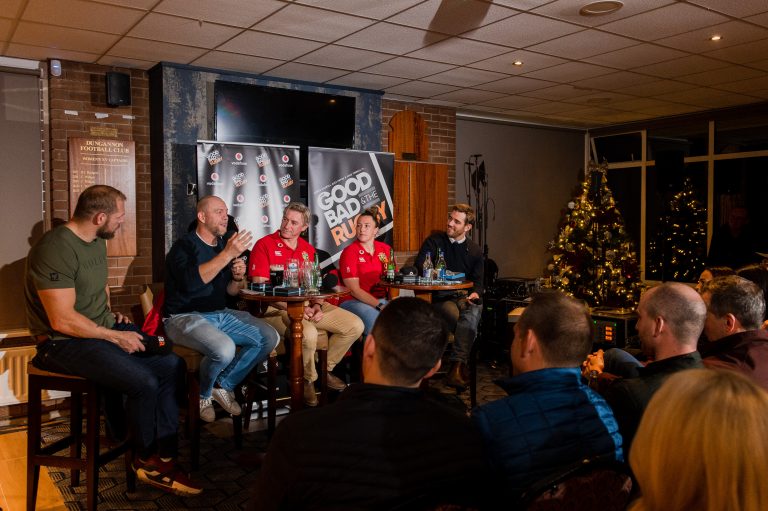 The day’s events were concluded by a live podcast recording of The Good, The Bad & The Rugby inside the clubhouse, guest starring Tyrone, Gill and Cheryl. Along with current rugby affairs, injuries and the day’s antics, the panel talked to the importance of grassroots rugby and how – with a little bit of digital and business help – clubs can take themselves to the next level.

Vodafone Consumer Director, Max Taylor said; “It’s fantastic to see Dungannon RFC put on such an exciting event for its community. It really highlights the important role grassroots clubs have within their local areas. We hope everyone feels inspired by the day’s events and that the club continues to go from strength to strength”.

To further support grassroots rugby, Vodafone is developing a bespoke business resource for all community clubs across the UK and Ireland. The toolkit will be available via V-Hub, Vodafone’s way of helping small businesses develop their digital capabilities as they get back on their feet following the COVID-19 pandemic.