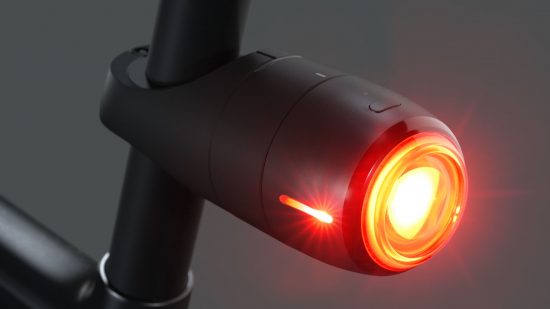 Commuters can use Vodafone's latest IoT tracker to feel safer while out on two wheels.

As the UK gets ready to celebrate Cycle to Work Day (5 August 2021), two-wheeled commuters can have confidence in both their safety and their bike’s security on the journey to and from work with Vodafone’s Curve Bike light & GPS tracker.

For just £79 (plus a service subscription fee from £3 a month), cyclists can take advantage of the Curve Bike light & GPS tracker’s ultrabright LED light which automatically brightens when braking, alerting other road users and keeping them visible on their commute. Three light modes are available – blink, pulsate and solid beam – allowing cyclists to be seen in all weather conditions.

Security Mode, which is activated by removing the light, gives cyclists peace of mind that their bike is safe even when they’re away from it. Security Mode will sound its siren and send a Movement Alert if someone attempts to move their bike, deterring thieves and notifying cyclists if their bike moves without them.

The built-in Vodafone Smart SIM, which works in over 100 countries, means that cyclists can also track their bike from a distance through the Vodafone Smart App, unlike with Bluetooth-only trackers. Impact Detection and Help Alerts notify loved ones if the cyclist has a fall and doesn’t get back on the saddle, sending either a push notification, SMS or automated call to let them know where the rider is.

Through the Vodafone Smart App, cyclists can strengthen security by creating their own zones – the app then notifies them when the Curve Bike light & GPS tracker enters or leaves each zone. They can also see ride history and insights through the Smart App.

Find out more about the Curve Bike light & GPS tracker.

Curve Bike Light: Not all impacts and movements may be detected. Restrictions around addition of trusted contacts may apply. App-controlled features and accuracy of location subject to Vodafone network coverage and GPS signal. Connectivity subscription required. Smart SIM works in over 100 countries. For land-based use only. Withstand immersion in fresh water to a depth of one metre for up to 30 minutes. Terms apply. See FAQs for more info.

Near misses, thefts and road rage: The challenges facing cyclists