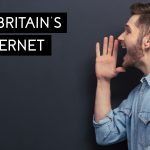 The Chief Executives of Vodafone UK, TalkTalk and Sky UK & Ireland have written to Gavin Patterson the CEO of BT Group in response to his letter  regarding the “Fix Britain’s Internet”. The CEOs welcomed his commitment to engaging in a debate on broadband, which remains critical to the success and international competitiveness of our country, both today and in the future.

They also agreed, as Mr Patterson’s letter acknowledges, that the service Openreach provides today is unacceptable and must improve and that, looking ahead, it does not appear BT shares the same level of ambition for the digital future of this nation.  As a coalition of Openreach’s largest customers, the campaign agrees with Ofcom’s assessment that a network that still relies heavily on copper, with limited plans to roll out fibre direct to the premise, will not meet Britain’s needs in the future.

The CEOs reiterate that they believe the UK is capable of funding, building and deploying a truly world-class national broadband network that can stand shoulder to shoulder with other world leaders, supported by strong retail competition driving better consumer outcomes. Their concern is that none of this will happen if Openreach’s strategy and budget remains controlled by BT Group.

The letter goes on to comprehensively rebut the issues raised in Mr Patterson’s letter, reiterating the statements used on the website are based on publicly available data from both Ofcom and BT, and that none are considered are misleading.

The letter concludes “We have been – and will continue to – engage constructively in the debate about the future of Openreach, because together we contribute the largest portion of its revenue; are acting on behalf of the majority of broadband users in the UK; and are a clear and important source of competition in this market.  The campaign to “Fix Britain’s Internet” gives millions of Openreach customers an opportunity to express their views on this critical issue.”