Research reveals that as the trend of cycling to work grows, road safety is one of the biggest concerns for cyclists 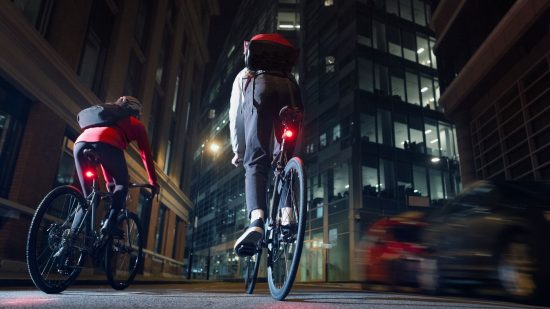 Study conducted by Vodafone reveals that half of the UK’s cyclists have taken up cycling in the last 18 months, however one in five don’t feel confident on the roads.

To mark the launch of the Curve Bike light & GPS tracker, an all-in-one bike safety solution that keeps riders safe, visible and connected, Vodafone has today released new research[1] that highlights the growing popularity of cycling  since the start of the pandemic, as well as concerns around road safety from cyclists.

According to the research, over half (53%) of UK cyclists have taken it up in the last 18 months, with nearly six in ten (58%) frequent cyclists purchasing a new bike during the same period. The way people commute is changing, with three in ten (31%) saying they always choose to cycle over other forms of transport. And the trend is set to grow, with 61% of cyclists saying they will cycle more in the future. Cities across the UK, including London, Brighton, Bristol and Exeter, are also redesigning streets to accommodate this ‘bike-boom’ and create safer cycling routes[2].

As the popularity of UK cycling continues, so does the importance of road safety. The research by Vodafone found that 22% of cyclists are not confident on the roads when they cycle and that two-thirds (65%) of frequent cyclists believe that family and friends are concerned about their safety. Furthermore, cyclists feel most unsafe when cycling on busy roads (44%), leading almost seven-in-ten (68%) to say they are nervous about increased levels of road traffic as the pandemic begins to end.

Almost one fifth (19%) of UK cyclists also admitted to arguing with motorists over road-etiquette with 12% having been in a road accident and 39% having had a “near-miss”. Just under four-in-ten (38%) cyclists believe that rules for motorists should be enforced to keep cyclists safe and prevent accidents. When asked about the most common altercation with motorists, three-in-ten (30%) cyclists have witnessed motorists fail to signal when turning and a similar 30% have felt that a motorist has not given them enough space when overtaking.

Bike theft is also a concern – one in five (19%) cyclists say they have had their bike stolen in the past, leading to two-fifths (41%) saying they would like more places to safely lock their bike.

Max Taylor, Consumer Director, Vodafone, commented: “This past year has seen the popularity of cycling surge across the UK.  However, our research highlights that cyclists are worried about their safety on the roads and about whether their bike will get stolen.

“We’ve created a product that’s dedicated to helping cyclists feel confident when they commute to work. The Curve Bike light & GPS tracker has been designed to help cyclists feel safer as they ride, as well as to protect their bike when its parked. It’s a great example of how technology can give us extra peace of mind.”

With an ultrabright LED and three light modes that automatically brightens when braking, Curve Bike light & GPS tracker gives cyclists a safer ride no matter what time of day it is. The device combines intelligent lighting with GPS tracking and a connection to Vodafone’s global network with the built-in Smart SIM.

To find out more visit the Designed & Connected by Vodafone website.

The Designed & Connected by Vodafone range of smart tech devices, which launched in 2020, helps people stay connected to the people and things they love. Curve Bike light & GPS tracker joins the Curve family of tracking devices and follows Neo – the kids smart watch developed in collaboration with Disney which launched earlier this year – and the multi-use Curve smart GPS tracker.

Curve Bike light and tracker is not connected to the brake on the bike and instead detects deceleration, so may not detect all braking occurrences. Not all impacts and movements may be detected, and Zone notifications may not be immediate. Restrictions around addition of trusted contacts may apply. App-controlled features and accuracy of location subject to Vodafone network coverage and GPS signal. Connectivity subscription required and Terms apply. See FAQs for more info. Never operate your phone when cycling and continue to use all additional safety measures you would normally take when operating a bike.

Near misses, thefts and road rage: The challenges facing cyclists