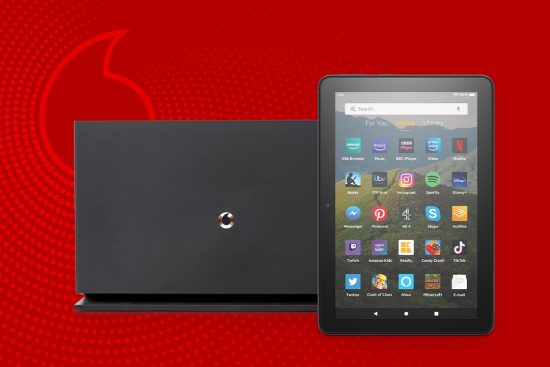 Almost two-thirds of householders consider WiFi as important as electricity and gas.

New research by Vodafone has revealed that European households have rapidly shifted to permanent ‘digital-first’ lifestyles in the wake of the global pandemic – with high-quality, reliable and secure WiFi now considered critical for wireless work, entertainment and social connectivity in the home.

Households in Germany, Spain, Italy and the UK were surveyed by Kantar for Vodafone in February 2022*. With European homes possessing up to nine WiFi-enabled devices, three-quarters of householders agreed that the provision of reliable WiFi was their number one requirement. Four-in-five households where someone works from home regarded WiFi to be as important as electricity and gas, with the same number of home workers saying they couldn’t work at all without WiFi.

With an increase of more than 68% in home working, as post-pandemic work/lifestyle patterns remain in place, Vodafone found that European households were balancing the competing demands for professional, personal and entertainment wireless connectivity.

The Alexa voice assistant built into Vodafone’s top-of-the-range WiFi range booster – an optional extra on Pro Broadband – is more versatile than you know, as our tips reveal.
Find out more

Commenting on the research, Daniel Lambrou, Head of Broadband, Vodafone UK, said: “The last two years have seen a dramatic shift in home connectivity demands, as ‘digital’ lifestyles combined with growth of home working, streaming entertainment and smart devices in every room of the house.

“Vodafone’s Pro Broadband delivers reliable WiFi in every room, guaranteed with remote optimisation via the cloud for the best connection, and a dedicated team of WiFi Xperts. Plus parental controls with Norton 360 Premium included free for 12 months for every Pro Broadband customer.

“Pro Broadband also provides an unbreakable connection with its 4G Broadband Backup from the UK’s unbeatable mobile network for reliability – ensuring customers have a reliable and secure wireless connection at home, at an affordable price.”

** Norton 360 Premium: All-in-one protection for up to 10 devices. Offer subject to availability. Payment method & activation of an annual subscription required. Check terms & availability. Not all features are available on all devices/operating systems.

How to set up your Vodafone Pro Broadband