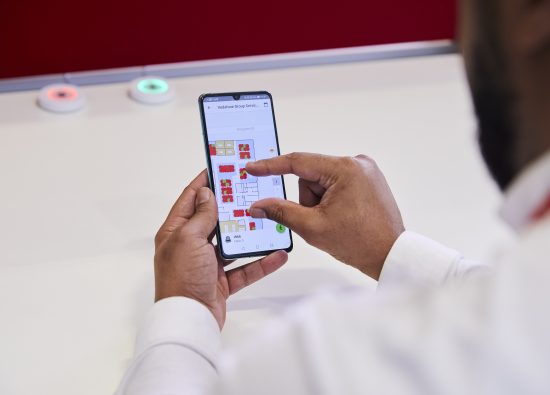 Vodafone UK is launching a new range of IoT services that will remove barriers to IoT adoption for UK businesses. By partnering with IoT.nxt, part of the Vodafone Group, Vodafone will offer customers every part of an IoT solution, with a single data management platform, and the capability to integrate old and new devices in one system.

As part of the new range of services, Vodafone will provide IoT sensors and devices, create a data management platform, and offer ongoing professional services. This complete offering will ensure IoT is accessible to all businesses, including those that do not have specialist capabilities in-house.

IoT, or the ‘Internet of Things’, is the capability to track, monitor and manage any assets, giving businesses vital data, insight and control. Markets that can most quickly benefit from IoT adoption include utilities, logistics, public transport, healthcare, manufacturing, and building management.

Vodafone today released a report on the benefits of ‘Digital Buildings’ which found that investment in IoT in public sector buildings could reduce carbon emissions, reduce energy usage and save taxpayers up to £380 million annually. The report, which calls on the UK Government to explore digital buildings technology, estimates new technology could reduce carbon emissions by up to 1.2 million tonnes of CO2 a year and reduce overall energy usage in buildings by 15%.

As part of Vodafone’s recent IoT Spotlight research, 87% of UK early adopters said they have already seen a return-on-investment for IoT, while 76% suggested they are able to do things they couldn’t do before. IoT is helping businesses adapt to the digital economy, but complexity has been a major barrier to adoption.

Anne Sheehan, Business Director, Vodafone UK said: “We’re making it easy for any business to adopt IoT. We’re taking away complexity, and making it simple to deploy, simple to manage, and simple to see the return on investment. With our colleagues at IoT.nxt we can be unique in the UK market – we’ll grow our leadership position from here, and deliver customers a digital capability that will prove invaluable in meeting the pressures of business today.”

In 2019, Vodacom – part of the Vodafone Group – acquired a 51% share in South Africa-based IoT.nxt. The addition of IoT.nxt to the Vodafone Group will ensure that Vodafone UK grows its leadership in the IoT space, by opening up new markets through the ease of deployment, the simplicity and flexibility of operation, and the capability to customise to any application. IoT.nxt lets businesses consolidate multiple processes on to one simple platform, and integrate old and new devices with a single system.

Nico Steyn, CEO of IoT.nxt said, “It’s great to be part of the Vodafone Group. After a successful collaboration with Vodacom in South Africa, we are thrilled to power the new era of Vodafone UK’s IoT strategy. IoT is perceived by many businesses to be complex and bespoke, but it doesn’t have to be. We hope to change that perception with a platform which can be adapted to any business, and type of connection, and any use case.”