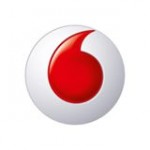 The following letter was published in today’s Financial Times.

SIR– Every home and business in Britain deserves fast and reliable broadband access. It is essential if Britain is to fulfill its potential to be the world’s leading digital economy. Unfortunately, today’s broadband market is letting customers, businesses and Britain down. It is time we considered radical reform.

Ofcom is currently conducting the most fundamental review of the communications market in a decade, and has identified serious problems with the ownership of the national telecoms network by BT Openreach. These include a conflict of interest in the role of BT, poor quality of customer service and difficulties in enforcing the existing regulatory regime. The result is a sub-standard experience for millions of customers and diminished opportunity for alternative providers to compete effectively.

There is an urgent need for increased competition so that alternative providers are encouraged to invest and innovate to solve the challenges ahead. These include investment to deliver broadband coverage in hard to reach areas, improved service quality and reliability, fibre products suitable for Britain’s SMEs, and new ultrafast broadband services.

We do not believe that the fundamental problems identified by Ofcom can be addressed by tinkering with the existing regulatory framework. Ofcom has done a good job of delivering competition on the old copper network, but the powers given to it are insufficient for the new superfast world.

It is therefore crucial that Ofcom moves as quickly as possible to ask the Competition and Markets Authority (CMA), with its far reaching powers, to undertake a full market investigation. Only the CMA, with the support of Ofcom, can address the structural barriers to competition that will unlock the next wave of investment in communications infrastructure that the country urgently needs. We cannot afford to wait

Chris Bryce, Chief Executive, Association of Independent Professionals and the Self Employed