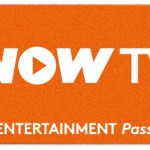 NOW TV is now available to Vodafone’s new and upgrading Red 4G customers, with customers signing up before Christmas Eve also getting a Sky Movies Pass on NOW TV for three months at no extra cost.

Marking the first time that NOW TV has been made available through a UK mobile network operator, the Sky Movies offer gives Vodafone’s new and upgrading Red 4G customers three months unlimited access to over 800 of the biggest and latest Hollywood movies, including Jobs, American Hustle and The Wolf of Wall Street.

Vodafone customers signing up to the Red 4G plans can also enjoy a NOW TV Entertainment Pass, giving them live and on demand access on the move to more than a dozen top pay TV channels, including Sky 1, Sky Atlantic and FOX. In addition, the NOW TV Entertainment Pass also provides unlimited access to hundreds of the biggest and best TV box sets, including Modern Family, Moone Boy and An Idiot Abroad.

The NOW TV offer for Vodafone Red 4G customers, combined with unlimited data for the first three months for Pay monthly customers or the first 30 days for Freedom Top Up customers when they purchase their first Freedom top-up, is also backed up by generous data allowances and unlimited talk and text.

Cindy Rose, Consumer Director, Vodafone UK commented: “This is a fantastic addition to our content partnerships, especially with Christmas coming up fast. With NOW TV Entertainment and Sky Movies Pass on NOW TV our Red 4G customers will be able to see what’s happening on Sky Atlantic’s The Wire before watching The Secret Life of Walter Mitty. This extension of our partnership with Sky is a great way to kick off Christmas, giving our customers yet more great content they can watch on their devices, whenever they want to and wherever they are. This focus on brilliant content is why over 250,000 new 4G customers joined us in September alone and we look forward to welcoming many more to our network over the next few months.”

Gidon Katz, Director of NOW TV commented: “We’re thrilled that Vodafone Red 4G customers will be able to watch anything from The Wolf of Wall Street to Lost through NOW TV. It’s great news for those who enjoy TV on the go on their mobile or tablet, or who want to curl up and catch must-see TV as the nights draw in.”

Vodafone is continuing to expand its ultrafast 4G coverage, and has now lit up 338 cities and towns and thousands of smaller communities across the UK. Rollout of ultrafast 4G services is part of more than £1 billion Vodafone is spending on its network and services across the country this year. Vodafone plans to provide indoor and outdoor coverage using 3G or 4G services to 98% of the UK population in the next few years.

* Three month Sky Movies Pass on NOW TV available 4 Nov -23 Dec for Pay Monthly Red 4G customers and Pay As You Go Customers spending £40 and over on a smartphone with a £20 (and over) Freedom top-up. Sky Movies Pass renews at £9.99pm at end of three months unless cancelled. Must be activated by 31st Jan 2015. Retail price paid includes cost of 3 month Sky Movies Pass and cost of pay monthly tariff (for qualifying Red 4G monthly packages) or cost of handset and freedom top up (for qualifying PAYG packages).
Entertainment Pass: available with eligible Red 4G PAYM and PAYG price plans. Pass expires at same time as the term of your price plan, with the exception of Red 4G which expires after 6 months. Pass will automatically renew and charges apply at the end of your price plan forPAYMpackagesonly. Retail price paid includes the cost of the pay monthly tariff and the NOWTV Entertainment Pass(forPAYM customers) or cost of freedom pack, Red 4G tariff and Entertainment Pass (for PAYG customers).

About NOW TV
NOW TV offers hundreds of films from Sky Movies on demand, the best live sporting action from Sky Sports and must-see shows on 13 of the best pay TV channels including Sky 1, Sky Atlantic, and Sky Living. Taking advantage of the rapid growth in broadband-connected devices, and building on Sky’s experience in multi-platform TV, the service provides an additional choice to watch and enjoy Sky Movies, Sky Sports and the TV shows everyone’s talking about.
The NOW TV Entertainment Month Pass lets customers stream TV shows live and on demand in seconds, without a contract for £6.99 a month. Now people can get simple, instant and commitment-free access to top pay TV channels such as Sky 1, Sky Atlantic, Sky Living, Sky Arts, Discovery, MTV, Comedy Central, GOLD, Disney, FOX, Nickelodeon and Nick.Jnr, plus ITV Encore and entire box sets of hit shows.

Sky Movies is the UK’s most popular subscription movies service with up to 800 different movies on demand including up to four new and exclusive Sky Movies premieres each week. With a Sky Movies Month Pass, NOW TV customers can choose from more of the latest and biggest movies you missed at the cinema. The Sky Movies Month Pass is available for £9.99 a month.

NOW TV is available to anyone 18 or over in the UK with a broadband or 3G/4G connection across a wide range of connected devices including NOW TV Box, PC, Mac, selected Android smartphones and tablets, iOS devices, PS3, PS4, YouView, Xbox One and Xbox 360 (the Sky Movies live channels, and Entertainment Month Pass are not available on YouView). TalkTalk customers with YouView can purchase a Sky Sports Day Pass.

The NOW TV Box offers customers a quick and easy way to convert a regular TV into a Smart TV for a one-off box cost of £9.99. NOW TV Box: Connects to TV via HDMI (cable supplied). NOW TV account required to activate box. Customers can select a Sky Movies Pass, Sky Sports Day Pass or an Entertainment Month Pass to create an account and watch NOW TV. All Passes sold separately. Some apps on the box (such as Spotify) cost extra.

Month passes renew automatically until cancelled. Sky Sports Passes pricing available for a limited time only and until 27th November 2014.