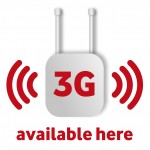 Vodafone UK has announced the beautiful community of Middleton-in-Teesdale (Durham) as the latest community in a rural mobile not-spot location to receive 3G coverage with Vodafone’s Rural Open Sure Signal programme.

The beautiful rural community of Middleton-in-Teesdale has until now suffered from unreliable mobile coverage.  The Vodafone Rural Open Sure Signal (ROSS) programme uses Vodafone’s innovative Sure Signal technology, to bring high quality 3G voice services and much needed access to the internet via mobile devices to communities in some of the UK’s most beautiful or remote areas.  Middleton-in-Teesdale is the first community in County Durham to get 3G coverage through the ROSS programme.

The ROSS programme is a national initiative by Vodafone UK to provide reliable mobile access to up to 100 rural communities in mobile not-spot locations. Launched in July 2014, with support from local MPs, councils and rural action groups, the programme received an overwhelming response, with over 40 communities now live across the country from the Shetland Islands to Cornwall and from the mountains of Snowdonia to the Norfolk coast.

As part of the ROSS programme, Vodafone teams have now surveyed each of the 100 communities.  The surveys included physical ground assessments by Vodafone engineers as well as detailed fixed broadband speed checks. The teams have also drawn up plans for viable communities to illustrate where the equipment will be sited. The process saw some of the initial communities having their implementation postponed until their community broadband speeds and availability have improved.

Jorge Fernandes, Vodafone UK Chief Technology Officer, said: “I am delighted that Middleton-in-Teesdale has joined our Rural Open Sure Signal programme. Mobile connectivity is an essential service for communities and businesses to thrive in today’s digital world and support local economies. As part of the Rural Open Sure Signal programme, we are committed to investing in our network to provide access even in remote locations where it is otherwise almost impossible to reach. The number of calls and data sessions the unit is supporting every day, where there was marginal coverage previously, shows the significant benefit the technology is making to members of the community. I am excited to see the transformation for Middleton-in-Teesdale and other communities which have been successful for this pioneering programme.”

Helen Goodman, MP for Bishop Auckland said: “Rural villages such as Middleton-in-Teesdale are increasingly dependent on reliable mobile coverage. We have a lot of fantastic small businesses and local residents in Teesdale who will benefit day-to-day. Tourists increasingly want access to better signal to enable them to share photographs and I am sure that Teesdale will benefit from the promotion of our beautiful scenery on social media as visitors capture their visits.”

Adam Hearn, Village champion for Middleton-in-Teesdale commented: “Middleton-in-Teesdale has always suffered with poor mobile coverage.  The arrival of the Vodafone Rural Open Sure Signal programme is important for our residents, businesses and visitors to the village.  We can now start enjoying the benefits of improved mobile coverage in the centre of the community.”

As well as using Rural Open Sure Signal to plug rural “not-spots”, Vodafone is spending around £2 billion on its network and services across the country over 2014 and 2015.  This includes the provision of HD (High Definition) Voice technology on its 3G network and the extension of its 4G coverage to over 800 cities and towns and thousands of smaller communities across the UK.