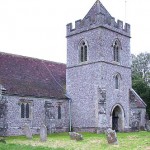 Middle Winterslow in Wiltshire is the latest community across the country chosen by Vodafone UK to develop their own ‘community-led network’ which is now bringing much needed mobile coverage to homes and businesses in the area.

Working with the community and local MP John Glen, Vodafone UK has installed four Open Sure Signal units, which use innovative femto cell technology to provide a Vodafone 3G signal to areas which traditional mobile coverage has been unable to reach. About the size of a small suitcase, the units use existing broadband services to deliver the mobile signal needed to provide 3G coverage, where before there was little or none. The units have been placed across the village, including on top of the Lord Nelson and Lions Head pubs, the Village Hall and Lynchett Cottage.

Ofcom’s latest annual Communications Market Report highlights that half the UK population now use their mobile phone to access the internet.* So Vodafone Open Sure Signal not only enables Vodafone 3G voice services, but also provides the community with much needed access to the internet via their mobile.

As well as using Open Sure Signals to plug rural “not-spots”, Vodafone is also committed to increasing the scale of its existing network and plans to invest more than £1 billion in 2014 on its network and services this year. That investment comes on top of the £802m that Vodafone spent acquiring the widest portfolio of mobile spectrum in last year’s auction of new capacity by Ofcom. Vodafone has committed to provide coverage using 2G, 3G and 4G services to 98% of the UK population by the end of 2015.

John Glen, MP for Salisbury and South Wiltshire commented: “Wiltshire has always suffered from poor connectivity and the local community recognised the importance of this issue, fighting long and hard to find a solution. Vodafone’s Open Sure Signal trial in Middle Winterslow has shown that with the right technology, rural communities can receive the connectivity that they deserve. They are already benefiting from the huge social and economic benefits that having a 3G signal can bring, and I am delighted that Vodafone has come on board to make this possible.”

Gordon Verity, a member of the community who was instrumental in securing Middle Winterslow’s participation in the trials, commented: “We are really pleased that Middle Winterslow was chosen to be one of the twelve communities in this innovative Vodafone trial. Rural communities can sometimes suffer from poor connectivity and Middle Winterslow has always had particularly limited mobile reception. When we heard about this trial with Vodafone, we were determined to be involved and the Vodafone 3G signal is bringing real benefits to the community and its visitors.”

Paul Morris, Head of Government Affairs at Vodafone UK added, “Middle Winterslow has shown how real partnership between the local community and their MP is the answer to helping to bring mobile coverage to rural communities. Without the support of John, Gordon and the whole community, this project wouldn’t have been possible and we’re delighted the community is now benefiting from their great coverage.”