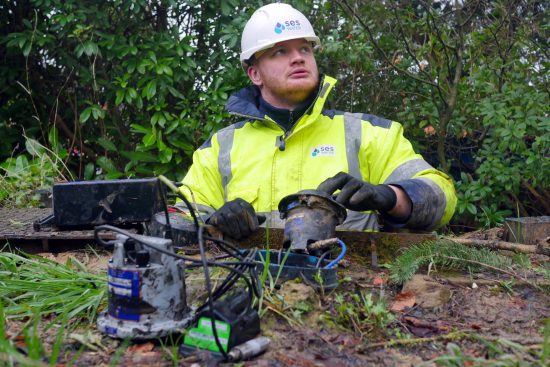 Vodafone has doubled the number of sites in its Narrowband IoT (NB-IoT) network to meet the increasing demand for Internet of Things (IoT) services.

Vodafone has seen increased demand across numerous industries for a connectivity solution that can support use cases such as industrial and commercial metering, water monitoring, asset tracking, and smart city applications, including air quality monitoring. NB-IoT supports applications where the lowest possible connectivity cost is essential to the viability of the business case.

NB-IoT offers a number of benefits over utilising mobile networks for certain use cases and devices:

Vodafone’s NB-IoT network is already being used by customers across multiple industries, including SES Water and United Utilities to detect leaks in underground pipes and other infrastructure.

With a NB-IoT offering complementing existing mobile coverage, Vodafone can create tailored connectivity solutions for different IoT cases, rather than relying on a ‘one size fits all’ approach.

Anne Sheehan, Business Director, Vodafone UK, said: “NB-IoT is a part of our network that is often overlooked, but it is becoming increasingly important, bringing data from a growing variety of devices to power decision-making in more organisations.

“This is a network which has been designed for low-bandwidth devices, allowing for coverage that goes beyond 4G, and devices where battery life could be extended to as long as ten years. In IoT, customers might want to use our 4G network for real-time, data-intensive analytics, while others might need a connectivity solution for non-time sensitive use cases, such as environmental monitoring.

“We have invested in NB-IoT because we want to offer our customers the right tools for the right job, in a way which is affordable and accessible for every customer.”

One of the advantages of NB-IoT is coverage beyond the traditional mobile footprint, as the network is designed for devices with lower bandwidth requirements. For use cases where lower signal is sufficient (-128dBm) Vodafone’s NB-IoT network will exceed 98% geographical coverage (both indoor and outdoor). For stronger signal requirements (-118dBm) it reaches 87% geographical coverage (both indoor and outdoor). For those areas that are not covered by the NB-IoT network today, Vodafone will work with customers to upgrade and add infrastructure on a case-by-case basis.

Vodafone has invested in IoT because of its potential to transform UK business through data-based insights. It can be used to improve existing operations and launch new products and services. The NB-IoT network, alongside Vodafone’s mobile network, can provide connectivity for devices and assets, while Vodafone’s IoT.nxt platform allows Vodafone to work with customers at every stage of the journey.

The IoT.nxt solution will offer customers every part of an IoT solution, with a single data management platform, and the capability to integrate old and new devices in one system. The IoT platform is hosted in Vodafone’s secure environment and can be refined for each use case or customer, making IoT more accessible to more companies.

IoT: How Vodafone is building trust in a world of risk

The Internet of Things: Everything you need to know