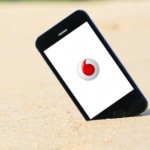 Vodafone UK customers planning a trip to Turkey or Northern Cyprus can now enjoy better value on their calls, text and data following the news that the mobile phone company is including Turkey in its European charging zone.

This means, from late November* Pay monthly customers travelling to the sixth most popular tourist destination in the world,** can opt into Vodafone EuroTraveller and take their UK minutes, data and texts (excluding Extras) with them for just £3 a day. There is also no charge for receiving calls on Vodafone EuroTraveller.

Pay monthly and Pay as you go customers on Vodafone World rates will also see calls back home from Turkey or North Cyprus slashed to less than 25p per minute and 9p for texts. For travellers to Turkey who can’t live without Facebook, Twitter and the mobile internet, prices start at just under 46p per MB.

All customers are also automatically opted into monthly data spending caps, meaning that they won’t be charged more than £42.50*** when using their mobile phone to access the internet when travelling in Vodafone’s Europe Zone. For further peace of mind, customers receive a free text message to let them know how much of their monthly allowance they’ve used. Once they reach their limit, they will not be able to access the internet abroad for the rest of their monthly billing period unless they choose to opt out of the safeguard caps.

So now there really is no excuse not to keep in touch from Turkey and North Cyprus. For further information on using Vodafone when travelling abroad visit vodafone.co.uk/goingabroad

4G is not currently available abroad. Please visit www.vodafone.co.uk/goingabroad for more details
*Turkey in Europe Zone is available for Pay as you go customers from 23 November. Pay monthly including
Business customers on standard price plans becomes available from 1 December.
**Turkey is sixth in world’s top tourism destinations according to the World Tourism Organisation (UNWTO) Tourism Highlights (2013 Edition)
http://dtxtq4w60xqpw.cloudfront.net/sites/all/files/pdf/unwto_highlights13_en_hr_0.pdf
***Customers who opt in to Vodafone EuroTraveller have the reassurance of using their UK minutes, text and data whilst travelling in Europe and they are opted out of the monthly data spending cap. Customers will continue to receive text alerts when they are approaching the end of their monthly mobile internet bundle.