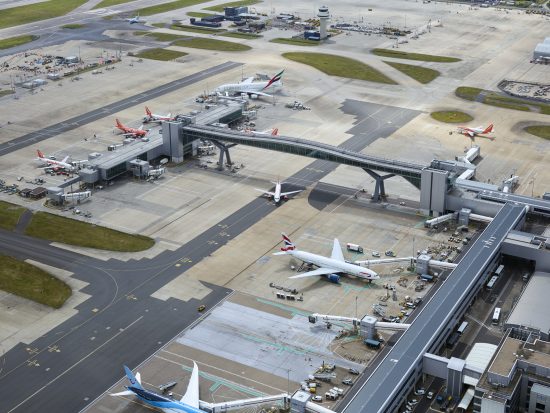 Gatwick now offers Vodafone’s most reliable network ever and the fastest Vodafone 4G speeds of any UK airport – with download speeds of up to 200 megabits per second (Mbps) – following a major in-building modernisation programme across Gatwick Airport’s North and South terminals.

300 new mobile antennas and 46 kilometres of fibre optic cabling have been installed to give millions of tourists and business travellers a reliable network across the airport and significantly better signal strength – whether arriving at the airport or as they step off their plane, switch on their mobile and start using Vodafone’s UK network.

Airport staff and other businesses on site will also benefit from improved coverage and a more reliable mobile service from Vodafone. Customers can now stream online videos to entertain the children in departures, check their bank balance online in duty free shopping, or speak with business contacts whilst waiting for their flight.

During July this year alone, customers travelling through the airport used enough data to download over three million music tracks[i]. 45 million passengers use Gatwick each year and with that number set to increase year on year, Vodafone’s upgrades ensure that there is enough capacity to meet growing customer demand. Further improvements to coverage throughout the airport will continue to be made during the next few months. [ii]

The surrounding network outside the terminals has also been upgraded to provide reliable coverage across all aircraft hangars, runways, car parks and other transport links. The improvements will support more than 250 companies situated on the airport campus, whose 24,000 employees depend on mobile communications to do their jobs.

Cathal Corcoran, Chief Information Officer, Gatwick Airport, said: “Vodafone’s advanced 4G network is making it easier and faster for passengers to surf the web, use apps, watch videos or make internet calls. The majority of the 250 companies based on the Gatwick campus also benefit from this superfast 4G service, including those that rely heavily on mobile applications for their day to day business.”

Vodafone UK’s Chief Technology Officer, Jorge Fernandes commented: “Gatwick Airport had the foresight to invite us in at an early stage of their major development work so that we could install an integrated mobile network to match its world-class facilities whilst minimising any disruption to passengers and employees. Our latest improvements will ensure all our customers using Gatwick can rely on us to stay connected from the minute they can switch on their mobile devices.”

[i] Based on usage data collated by http://www.broadbandchoices.co.uk/guides/broadband/guide-to-internet-data-usage

[ii] As well as a more reliable network from check-in to departures at Gatwick, Vodafone offers Global Roaming which lets customers take their home plan of data, texts and minutes to 110 destinations worldwide. So they can use their phone as they would at home, without worrying about any unexpected charges on their bill. For more information on Vodafone roaming visit www.vodafone.co.uk/travelling