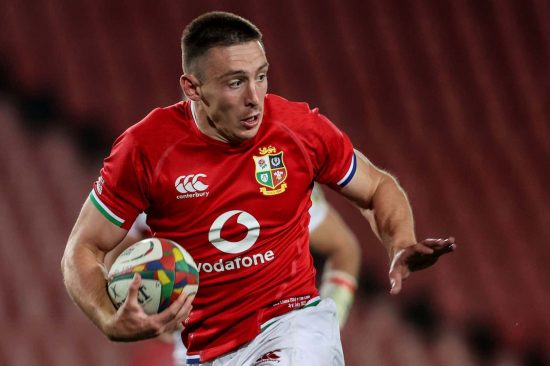 Vodafone will award an annual grant to support the business initiatives of current and former professional rugby players.

Vodafone has today announced new partnerships with the Welsh Rugby Players Association (WRPA) and Rugby Players Scotland (RPS) to become Official Communications Partners for both representative organisations over the next two years. Vodafone will also provide business support and funding to current and former players.

Vodafone will provide advice and guidance to current and former players represented by the RPA, WRPA and RPS, supporting players’ existing business ventures, or helping them to get started. Vodafone will play an important role in helping players who are interested in creating a career alongside or after rugby.

As well as providing guidance and expertise through its Vodafone V-Hub platform and discounts on business products, Vodafone will also award annual grants to players to support their learning and development off the playing field.

Vodafone’s expertise and guidance will cover everything from setting up a business online, to finding and attracting customers, and keeping a business secure from cyber threats.

Vodafone now supports all professional rugby union players across Britain, with these partnerships adding to the existing relationship with the England Rugby Players Association (RPA).

The partnerships with the WRPA and RPS builds on Vodafone’s continued investment in rugby union to help the players and the sport during these challenging times. Vodafone is a Main Club Partner of Wasps (men’s and women’s rugby and ladies’ netball) and was the Lead Partner of the British & Irish Lions team for their 2021 Tour of South Africa.

Andrew Stevens, Head of Small Business at Vodafone said: “We are delighted to be expanding our network of partnerships within rugby today. We look forward to working with each association to explore new and exciting ways to support current and former players in their business endeavours.”

Tim Swinson, Chair, Rugby Players Scotland said: “The partnership between Rugby Players Scotland and Vodafone highlights the desire of both organisations and that of professional rugby as a whole to support continued learning and business development within our membership. RPS is delighted to have Vodafone as a partner in providing support to our members in establishing small businesses.”

James King, Interim CEO, Welsh Rugby Players Association said: “We are delighted to welcome Vodafone onboard as our official communications partner. For our members to be able to access support and guidance for their current and future business ventures is really important for us. We must extend our thanks to Vodafone for also including an annual grant to allow players to drive their personal and professional development.”

Philippa Hearnden, Head of Business, Welsh Rugby Players Association noted: “It’s a great pleasure that we join Vodafone through this new and exciting partnership. Working together will create many opportunities for our members to gain valuable experience, guidance and support when venturing into the world of business. This kind of support is key to ensuring our members, the professional rugby players of Wales, are supported and ready for their future endeavours. We look forward to working with Vodafone and the opportunities this partnership creates.”

Small business owners can visit the V-Hub by Vodafone to access a vast library of insightful resources, covering everything from growing a business online, finding customers through digital marketing, and protecting your business from cyber threats. V-Hub users also get access to free one-to-one support with a V-Hub adviser, either over the phone or via webchat.

Welsh and Scottish rugby players line up for business help