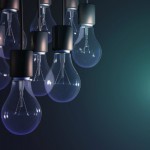 Energy Networks Association (ENA) has welcomed the announcement today by Ofcom approving its application for designation of a new, memorable 3-digit number (3DN) for people to contact their local electricity distribution company.

Energy Networks Association (ENA) has welcomed the announcement today by Ofcom approving its application for designation of a new, memorable 3-digit number (3DN) for people to contact their local electricity distribution company.

Following a consultation on the application, the communications regulator has agreed that there is a strong case for a new national 3DN of ‘105’ for electricity networks in Great Britain.

The memorable ‘105’ number, which will go live in April 2016, will make it easier for customers across Great Britain to contact their local electricity distribution company if they experience a power cut, have an associated welfare related concern or encounter an electricity network safety issue.

The announcement marks significant progress in the work to deliver an easy to recall contact number for millions of customers.

In a further sign of the progress being made ENA, which is leading the industry project, has announced the appointment of Vodafone UK as the telecommunications service provider for the ‘105’ number. Vodafone will deliver a service which will route customers to the right electricity network operator, wherever they are in the country, without them needing to know who that operator is or how else to contact them.

David Smith, Chief Executive of ENA, said: “The industry is committed to working together to make it easier for customers to contact their local electricity distribution company, especially when there are issues with loss of power, associated customer welfare and safety. Ofcom’s decision to give our application the green light is great news for customers and recognises the real benefits a memorable 105 number will bring for them when they need information and support from their local network operator in the future.

“Vodafone UK put a strong case forward in bidding for this project and we are confident of a successful delivery. Over the coming months we will be working with Government, Ofgem and suppliers to help ensure 105 is prominent in public communications after it goes live in April 2016.”

Secretary of State for Energy and Climate Change, Amber Rudd said: “British families and businesses need to know where to turn if they find themselves without power during severe weather or other incidents. A single 3-digit number cuts through the confusion and puts people in touch with the information they need, when they need it.”

Phil Mottram, UK Enterprise Director of Vodafone UK said: “When a member of the public needs to get hold of their electricity network operator because their service has been affected or they need to report a fault, it’s important that they can do so quickly and easily. The new, simple, 3DN, powered by Vodafone, will connect customers with their electricity network operator first time, ensuring they get the information and support they need at a critical time. Using our reliable fixed communications network, intelligent call routing system and the customer’s location, calls from either a landline or mobile made to ‘105’ will automatically be routed to the local electricity network operatorremoving the hassle of remembering or trying to locate the company’s contact information.

The new 3DN will make it simpler for electricity network operators to be ready to help and advise their customers when they most need it, now and in the future.”

ENA is the voice of the networks represent the ‘wires and pipes’ of the electricity and gas transmission and distribution networks in the UK and Ireland.

The full details of Ofcom’s decision can be found on their website: http://media.ofcom.org.uk/news/2015/105- electricity-helpline/.

Distribution Network Operators (DNOs) own and operate the wires and cables which take electricity from the high voltage transmission network into people’s homes and businesses. There are fourteen geographically defined DNO license areas in Great Britain, which are currently owned by six companies; SSE, SP Energy Networks, UK Power Networks, Western Power Distribution, Electricity North West, and Northern Powergrid. There are also a number of Independent Distribution Network Operators (IDNOs) in Great Britain. The 105 service will be available to both DNO and IDNO customers.

Customers can currently search for the network operator responsible for their area by entering their postcode on the ENA website.

Purpose – 105 will be a memorable number for customers to call to speak to their network operator. There are three primary purposes for using the 105 service, these are:

This number should not be used for other utilities such as gas and water; nor should it be used to contact electricity suppliers.