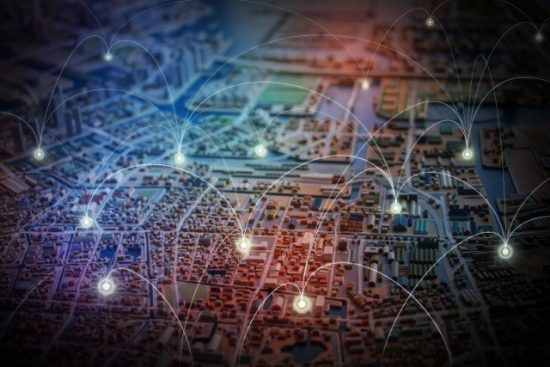 From Tynemouth in the north to Bath in the south, more than 50 towns and cities across the UK have digital potential just waiting to be unlocked, new research commissioned by Vodafone reveals.

From Tynemouth in the north to Bath in the south, more than 50 towns and cities across the UK have digital potential just waiting to be unlocked, new research commissioned by Vodafone reveals

More than 50 towns and cities in the UK have the potential to become ‘Digital Super Towns’, or places where local businesses and communities are fully exploiting their digital resources to drive economic growth, a study commissioned by Vodafone shows.

These Digital Super Towns of the future can be found right across the country, and by fostering their development, the Government and local policymakers can help boost UK growth and productivity. As research by Tech City1 has shown, digital tech industries already generate £161 billion of turnover for the UK economy.

A scorecard of future digital leaders

‘Digital Super Towns: Unlocking the UK’s Digital Potential’ is the first of two2 studies Vodafone has commissioned as part of a new campaign to promote regional development and support the UK as a global digital leader.

Authored by Steve Hughes, a former Bank of England economist, the study focuses on towns and cities across England3 with populations of over 40,000, and looks at three factors that are critical to the UK’s future as a digital leader. These are digital infrastructure, such as 4G coverage; a digital economy, which includes businesses such as software companies; and digital skills, which are estimated using indicators such as school performance data. The study uses these three elements of digital potential to create a scorecard of the towns and cities best-placed to become tomorrow’s digital leaders.

Included in the scorecard are a range of towns and cities ideally suited to become Digital Super Towns. These are:

Altrincham, situated eight miles away from Manchester city centre, earns high scores in all three categories of digital potential because it has widespread 4G coverage, a skilled workforce, and a cluster of digital businesses in close proximity to one another.

To pave the way for Digital Super Towns, Vodafone is calling on the newly elected “metro mayors”, as well as local and national government, to establish Digital Enterprise Zones in the towns and cities highlighted in the study. These Digital Enterprise Zones are designated geographic areas created to help local companies and communities fulfill their digital potential. They could do this by:

Nick Jeffery, CEO of Vodafone UK, said: “The UK is already a leader in digital industries like the Internet of Things and virtual reality, and there is much more we can achieve if we make the most of our nation’s digital potential. The report Vodafone commissioned shows that this potential exists right across the country, from small businesses looking to use digital tools to open up new markets, to a student learning coding skills to develop a new app. With the right approach, the UK can unlock this potential and lay the groundwork for a wave of Digital Super Towns capable of delivering economic growth throughout the country.”

Minister for Digital Matt Hancock said, “We are already seizing the opportunities of the growing tech industry, with our digital economy worth more than £118bn a year and employing more than 1.4 million people.

“We are determined to keep up this momentum and plans in our Digital Strategy to boost the nation’s digital skills, infrastructure and innovation will help make sure it happens.

“I welcome Vodafone’s interest in this area, its ongoing work to help unlock digital growth and look forward to studying these interesting proposals in more detail.”

2 The second study, due to be published soon, will detail how Digital Super Towns could be created across the UK.

3 This study focuses on places that have recently been given new powers from central government, but the policy ideas can be applied to any town or city in the UK.